Niche and sport performance brands have flourished in Southern California, while spreading the message and trends at the New York shows. 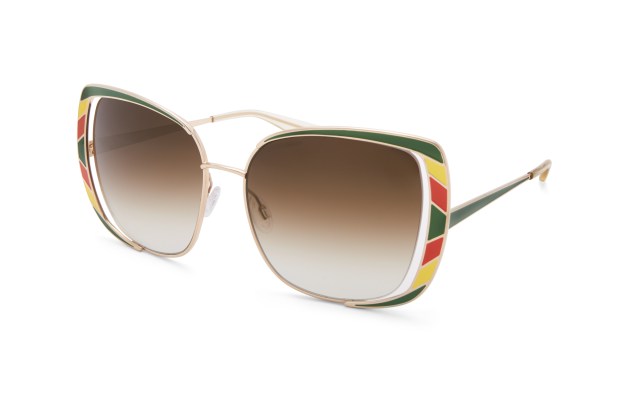 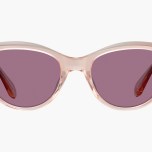 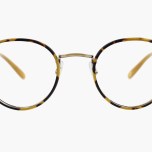 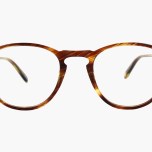 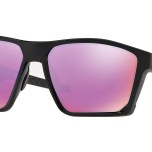 California eyewear companies have always led in trends. The industry has flourished in Los Angeles and Orange County, in part out of necessity to shield eyes from the constant sunshine, and spurred by the classic images of Hollywood stars in their shades.

Southern California has earned a reputation as a leader and originator in the niche eyewear category, tracing back to Oliver Peoples in 1987, which made vintage-inspired styles cool and aspirational.

That company has since been sold to Luxottica, but its original team has continued to spawn new brands now coming into their own.

In the most literal sense, Garrett Leight, the son of Oliver Peoples’ cofounder and longtime creative director Larry Leight, is charting a new path with his 2011-founded company Garrett Leight California Optical.

“I was an opportunist,” he said. “We’re talking to the customer that Oliver Peoples was no longer serving as a corporate brand. We’re a family-oriented eyewear fashion brand for the future.”

Now in its 15th season and showing in The Gallery section of Vision Expo East, Garrett Leight California Optical has found its core customer in fans of the updated classics for both optical and sunglasses.

“Eyewear stores really rely on and are looking for glasses that never go out of style and are well made. It’s hard to stand out in such a busy marketplace and stores can find the latest trends from other people to help address their merchandising needs,” he noted, calling out the Wilson and Kinney as two core frames that remain top sellers in optical and sun.

“When we don’t pay attention to those styles in a season, we lose sales. Retailers like existing styles in new colors,” he noted, echoing the way apparel stores have been buying since the recession.

“They will buy our top four styles in every color and sell them for the next 20 years. It’s like the 501 denim.”

Still, Garrett Leight California Optical addresses trend in a more minimal way, with modern, bright and colorful Nineties-inspired sunglass styles such as the Jacqueline, an acetate hexagonal style for women, and the Del Rey, a cat-eye shape. Both are also aimed at growing the company’s female audience. A collaboration with Los Angeles-based advanced contemporary designer Ulla Johnson that rolls out next month will also speak to capturing the fashion-forward female.

Larry Leight is also back in the design game, unveiling a premium brand called Mr. Leight to select retailers that is a new incarnation of his original Oliver Peoples ethos.

Salt Optics, founded in Orange County 12 years ago, has found a niche in the premium eyewear market using custom materials and Japanese craftsmanship — the brand does about 70-30 optical-sun business. This season, with minimal metal styles inspired by the Nineties continuing to have traction, their offering happens to be on trend. Japanese titanium is expensive, but allows for more design flexibility as well as lightness and comfort, a plus when designing acetate combination styles, also a big trend.

“With the natural progression to metal frames and thinner profiles, we put the design in texturing the metal with brushing or whiskering, versus just shiny or matte,” said founder David Rose, who shows the line in the adjacent Loft show.

While some companies will always root themselves in the classics, more fashion-forward and design-based trends are also a trend in eyewear this year. Artist-driven brands are attracting more attention from stores hungry to draw in customers looking for something shiny and new to spend money on.

For companies such as Barton Perreira, which is celebrating its 10th anniversary this year, it’s an excuse to revisit best-selling styles while pushing the envelope with design powered by the latest technological advances.

The brand is showing in a loft space above the show floor that will highlight styles from each of its 10 years as well as the anniversary collection.

Cofounder and designer Patty Perreira played with titanium, cloisonné and pattern with the Arlequin style, a squared off metal frame with cutout lenses. The group includes graphic black-and-white with gold, colorful snake and leopard prints, as well as a rasta colorway, inspired by her vacation home in Jamaica.

“That was the first frame that got me going, but I kept going from there,” she said.

The Fortuna style, a cat-eye with a rimless bottom, mixes metal and acetate, a designer’s dream to create texture and dimension. Technology has also enabled acetate to become thinner and stronger, allowing for the same big look but in a lighter frame.

The brand typically shows earthy colors, but Perreira thought the anniversary was a good opportunity to play up rose, aqua and metallics, also big trends this season.

Cofounder chief executive officer Bill Barton, an eyewear retail veteran who was also a chief executive officer of Oliver Peoples in the brand’s independent days, said the company’s sales have grown year-over-year, no small task when they opened in a recession year. Specialty store sales have seen double-digit growth over the last five years, which speaks to the company’s approach as a fashion accessory, not just an eyewear brand. “For an optical brand, we put a big focus on sun [the business is nearly 50-50], and we are right there competing with the Diors, Chanels and Guccis, even though we are not a mass production brand. Our glasses retail between $400 and $700,” Barton said.

Barton said the moves by Kering and LVMH to take eyewear production of some brands in-house shows they are answering a need for better product in the marketplace.

“As an independent, I like that. I hope it raises the bar, and we are up for that,” he said.

Sheila Vance, founder and designer of Sama Eyewear, a 30-year-old Los Angeles-based company, is also taking advantage of the latest technology to push out another major trend, patterns on lenses.

While brands began dabbling in this a few years ago, Vance has been developing a way to do it in California and on-demand, with a new customizable component of Sama called Lens Bar that allows customers to have the pattern of their choice incorporated onto the lens of their choice in the frame of their choice. The designs can be seen on the outside of the lenses but do not affect the wearer’s vision.

“For this trend, you don’t even look at the frame, the focus becomes the lens,” she said. “We also can do this on prescription lenses. Its the key to making sure that everyone has a happy moment. It’s fun and it involves the customer; there is no limit to how far we can take this.”

As an added bonus, the custom patterns can be etched on the frame’s temples.

Sama is also betting on the sunglasses-at-night trend. “When I started my ‘Mini’ collection 30 years ago, it meant mini as in smaller sunglasses that aren’t really meant for wearing in the sun, but as accessories inside. Now people are wanting that again, so we have a chance to take sunglasses to the evening accessory space.”

Vance is also betting that her customer, who spends upward of $300 on a frame, will spend to have a “matching” wardrobe of frames in the same style family. “People like their optical and their sun, but really an optical frame doesn’t look as good as a sunglass. It’s not the right shape, the right weight or proportions, so I’ve made styles that come with optical and sun options, plus child-size options for kids who want to look like mom or dad.”

Said Vance, “We really took it all the way to what fashion trends should be without thinking, ‘Do they want to go through all that and buy another frame or choose a lens pattern?’ The answer is yes, it just wasn’t available. Everyone wants a touch of their individuality and if you add that, everyone will have fun creating that exclusivity for themselves.”

California is also home to sport and performance driven brands such as Oakley, which continues to operate out of its Foothill Ranch headquarters despite being under the Luxottica umbrella.

One of the biggest trends in the market, is, unsurprisingly, sport frames crossing over into the lifestyle realm the way sports apparel has become “ath-leisure.”

“When you ask people what they think of Oakley, so many say ‘sport’ and they forget the conventional lifestyle compoment is big for us — it’s about 50-50 sport/lifestyle in the sun category,” said Orly Sigal, Oakley’s brand manager.

“We are noticing consumers have a growing need for convenience and people don’t want to carry around multiple glasses to go running after work. Targetline is a recent launch that looks like a lifestyle frame but is meant for sport performance.”

The nose pads contain proprietary material Unobtanium, which prevents the glasses from slipping off from sweat. The temples are also designed to not interfere underneath a hat.

Another trend in the sports category is a more seamless integration of technology, where customers don’t necessarily want to see the tech features. The Latch Key style, a semi-rimless look frame with a steel underwire, has a hidden latch in the temple that allows the frame to be clipped onto a shirt.

Oakley is also trying to court more women with its Split Time frame, which does double duty a smaller, fashion-looking style with the same use of Unobtanium and temples made for hat-fit. It’s also going after the youth category, marketing to kids who play team sports and need shatter-proof optical frames as well as sun protection.

Finally, the brand is beginning next month to feature the USA Made and USA Assembled stamp on its sun eyewear, as majority of its performance eyewear is produced in California.

Said Sigal, “We are a heritage brand from Southern California, so it’s such a great stamp to have. It’s also a macro trend around the country.”