Deal marks the debut of Agnona in the luxury eyewear arena. 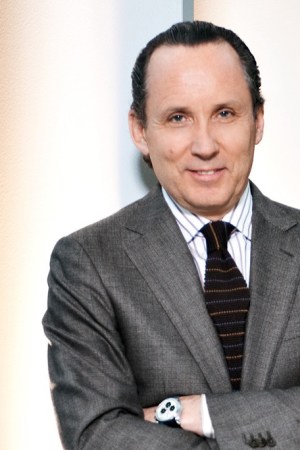 The deal marks the debut of Agnona in the luxury eyewear arena, and a new path for Zegna, which had previously produced its eyewear with De Rigo Vision SpA. Zegna creative director Stefano Pilati and Marcolin’s design teams are now working together to develop the lines.

Noting the license with De Rigo Vision had been fruitful, Zegna Group chief executive officer Gildo Zegna said he had long followed Marcolin’s work, and studied its successful development of the Tom Ford eyewear line. With the arrival of designer Pilati at Zegna, Marcolin approached the fashion company about a possible collaboration, and the timing was right to make a change, Zegna said.

Marcolin’s brand portfolio also includes Balenciaga, Montblanc, Roberto Cavalli and Tod’s among many. In Dec. 2013, the company acquired the U.S. company Viva Optique, notably boosting its distribution in that market.

“For Agnona especially, we think this [licensing deal] is a significant development, because we feel that for a women’s brand, eyeglasses and sunglasses are a very important segment,” Zegna said, adding: “The fact that Agnona has also launched and is developing its accessories line — shoes and bags – is important and will help to open the brand to a broad client base, initially more in wholesale, but also in retail.”

Zegna men’s wear sales are two-thirds retail and a third wholesale, whereas Agnona’s ratio is the reverse, Gildo Zegna said. “Glasses are for a woman what watches are to men — they’re significant objects that convey your point of view and how you want to be, and we will play extensively with this aspect and with Marcolin’s innovative production capabilities in fashion,” he noted.

“We are trying to build a portfolio that’s balanced between men’s and women’s lines, with brands that have strong international potential,” said Marcolin ceo Giovanni Zoppas, adding that Zegna and Marcolin have strong Italian identities that mesh well and share a focus on craftsmanship. “We have quality workmanship and quality materials, however we will not only be relying on these elements for manufacturing, but also for marketing around the product launch, with all that entails even in terms of packaging,” he added.

Zegna and Zoppas both emphasized the value consumers place on the “Made in Italy” label, especially in emerging markets in the Far East, noting that eyewear from Italy gives consumers a quality guarantee that extends throughout the entire supply and production chain.

“In Korea, customers insist that eyewear be only Made in Italy,” Zoppas said. “It’s important to underline that beyond the label Made in Italy, there’s all the work that lies behind it.”

This fall, Agnona’s first 20 glasses models will take the stage, while the first Zegna frames are expected in January 2015. Over the course of next year, Marcolin plans to introduce about 150 different glasses models for Zegna, of which 35 percent will be tailored to suit Asian fit — a reflection of Zegna’s strong existing presence in the Asian market.

Ten percent of eyewear, sunglasses only, will be sold in Zegna boutiques, while the remainder will be available through Marcolin’s distribution network for its high-end fashion segment. Agnona eyewear will retail for about 220 euros, or approximately $300 at current exchange rates; Zegna Couture eyewear — made exclusively with acetate — will sell for between 300 and 500 euros, or $407 to $679; and Ermenegildo Zegna eyewear for between 160 and 250 euros, or $217 to $339.

Zegna currently has about 550 monobrand stores and Gildo Zegna said that number was steadily growing. Zoppas declined to cite a specific number of doors that would carry Zegna and Agnona eyewear, but said Marcolin is increasingly focusing on regional distribution partnerships, for instance in the Middle East, Russia and China. “We will be focusing on the cream of the crop in this case,” he said.

Top markets for Agnona are Europe and the U.S., while for Zegna, China, Korea and Japan will be key areas for development. Zoppas emphasized that having sunglasses in Zegna stores will help trigger additional interest among retailers while building greater brand awareness among consumers.