The 24-style footwear collection was conceptualized with the idea of linear and diagonal colorblocking in mind. 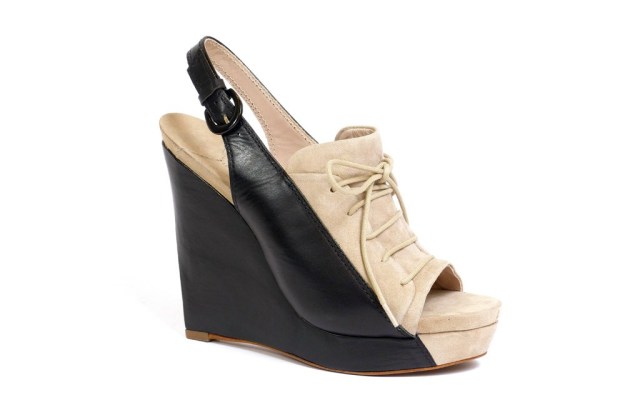 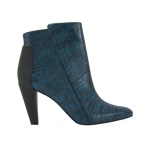 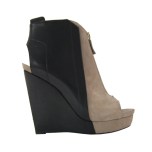 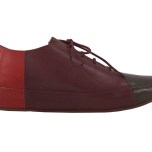 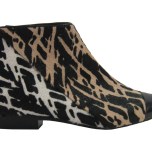 Following the launch of bags for spring, the designer will introduce the line’s first shoe collection today for the pre-fall season though a licensing agreement with Schwartz and Benjamin (the firm will also produce footwear for Lam’s main collection starting with the spring season). Last month, former parent company Labelux sold Derek Lam International LLC back to its founders — Lam and chief executive officer Jan-Hendrik Schlottmann — after acquiring a majority stake in the company in 2008.

The 24-style 10 Crosby Derek Lam footwear collection was conceptualized with the idea of linear and diagonal colorblocking in mind — and heavily influenced by French footwear designer Maud Frizon’s prints and Charles Jourdan’s advertising campaigns from the Seventies. Retail prices will range from $295 to $395, with knee high boots going up to $575.

“For 10 Crosby, accessories completes the playful yet chic look of the collection. The starting point is always with perfect classics, the foundation of great style. From there I twist things up to create unexpected surprises in the collection,” Lam added.

The two, along with creative director of shoes and accessories Sunny Lam, contend that they wanted the footwear to look like different shoes were cut up and then put back together. With a color palette that mirrors the corresponding ready-to-wear-collection, the platform oxfords, pointy booties in varying heights, peep-toe wedges and sandals come in combinations of black, navy and gray, brown, tan and gold and red, burgundy and dark brown. Leather, suede and calf hair are often paired together, and other design details include printed haircalf, colorblocked denim, artisanal stitching and notched circle buckles.

Lam introduced 10 Crosby Derek Lam late last year for resort deliveries, and will introduce handbags — which will retail from $325 to $595 — for spring.

Schlottmann said the core business has always been ready-to-wear, but he would like to see handbags and shoes eventually comprise 50 percent of 10 Crosby’s business. Since buying back the company, the executive said one of the next steps will be opening freestanding 10 Crosby stores. (The contemporary line currently shares a space with the main collection.) He projects that sales of the diffusion line will one day eclipse that of collection, but there is equal focus on both.

“They are two separate teams. 10 Crosby is growing fast, and collection is growing nicely but not as fast,” Schlottmann explained. “The collection is the runway. 10 [Crosby] is more fashion, but more merchandise driven.”

Footwear will follow the same distribution as apparel, which is carried at Shopbop, Bergdorf Goodman and Saks Fifth Avenue.