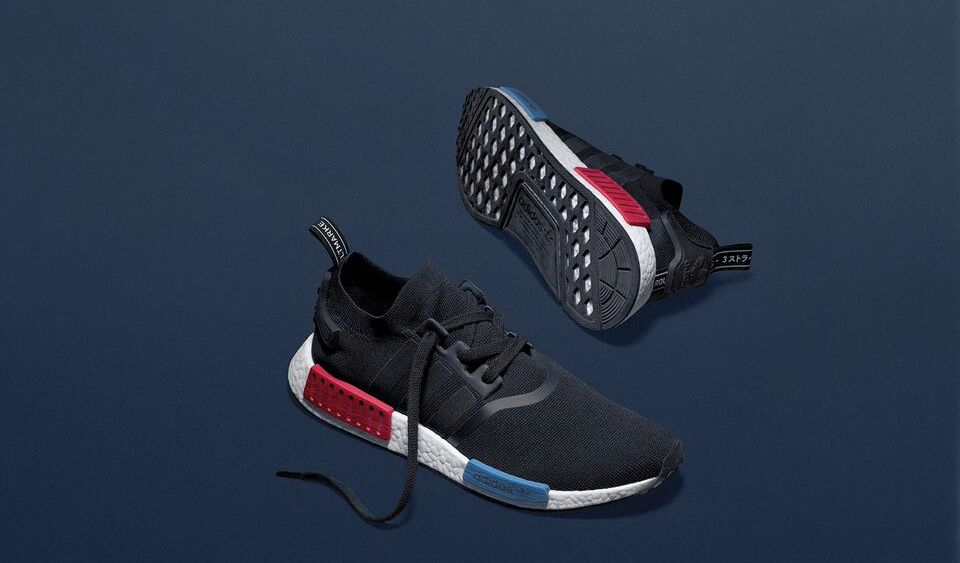 Booking the Lexington Avenue Armory was a bold move. Adidas had something to live up to. Sneakerheads, rejoice: behold the NMD.

This was a monumental launch for Adidas, which has experienced an uptick in trendiness through Kanye West’s blockbuster Yeezy Boost. But here, Adidas truly entered the entertainment arena.

Veiled in the secrecy of a highly bureaucratic company, the only details of Wednesday’s event were polite. But once one got there, the importance of the debut of the sport/Nomad sneaker was obvious.

NMD marks the start of a new series, with additional styles expected to hit the market over the course of next season.

NMD references three items from Adidas’ past: the Micropacer, the Rising Star and the Boston Super, while upping their tech factor with modern engineering.

“The sneakers in the Eighties were pretty much designed for sport, but our lives have changed,” Nic Galway, Adidas Originals vice president of global design, told WWD. “Today, we live these nomadic lives, we travel everywhere. And lots of people love the classics but they also want something new, something that’s not innovative for innovation’s sake, but has context. It was interesting for me to make a product that uses Originals’ rich archives but at the same time connects with the future generation.”

The brand’s lightweight Primeknit technology on the upper, meanwhile, makes the shoe fit almost like a sock or sweater, said Galway. “In the past, it took multiple layers, internal linings and gluing to make a sneaker. Primeknit completely changes this. Everything gets reduced, which gives it a new aesthetic,” he said, adding that the goal is to reach people who would not typically buy into a technical running product.

The new item is designed as unisex in a full range of sizes. Hitting stores on Saturday, it is slated to retail for $170. The ad campaign has been conceived by Lloyd & Co and pictures “an urban adventurer” traveling through back alleys and warehouse spaces of downtown New York in search for new memories, the brand said.

Galway explained he picked New York as the venue for the global launch due to the city’s diversity and street-style spirit. “Talking about modern lifestyle and traveling the world, New York for me has always stood for diversity of culture,” he said.

This also coincides with Adidas’ five-year growth plan which aims at upping the brand’s visibility across key cities, including Los Angeles, London, Paris, Shanghai and Tokyo.

Adidas noted earlier this year that 50 percent of the global population lives in key cities, and together they generate 80 percent of global gross domestic product, dubbing them “the incubators for the new.”

Galway is convinced there still remains much ground to be conquered. After 16 years with the company, with numerous launches including Pure Boost and Tubular as well as collaborations with designers Yohji Yamamoto, Rick Owens and Raf Simons under his belt, he said: “I feel we are just getting started. But the future doesn’t have to be futuristic. Technology can be so many things,” the executive noted, citing manufacturing and consumer benefit as examples.

Adidas has been eager to bring production back to Europe and allow customers to participate on the design level. Future Adidas stores would be directly linked to production facilities, possibly employing robots, the group said earlier this year, allowing customers to have a personalized pair of sneakers ready in 15 minutes while they are enjoying a cup of cappuccino.

Galway cited Futurecraft as another example: a company-wide initiative focused on spurring innovation through collaboration, looking to bring new processes and materials from other industries to improve performance. The Futurecraft Leather project with Superstar, for instance, employed a milling technique traditionally applied to metal in industrial manufacturing to produce leather uppers that seamlessly fit with the geometry of the foot.

The executive said he spends a lot of time on blogs reading through “the kids’ comments” to understand what interests them and what doesn’t, though most of his work is instinctive. “The idea is to always challenge and provoke. There is momentum for brands that have a clear vision to put out a new point of view. And Adidas has always been a pioneer,” he said.

It’s perhaps not surprising that Adidas’ Micro Pacer was a commercial nonstarter when it launched in 1984, the same year as Apple’s first Mac computer. “It offered the opportunity to upload data to a personal computer at a time when most people didn’t have any technology at home. We were way ahead of the curve,” conceded Galway.

Today, the style ranks among Adidas’ most coveted collector’s items.