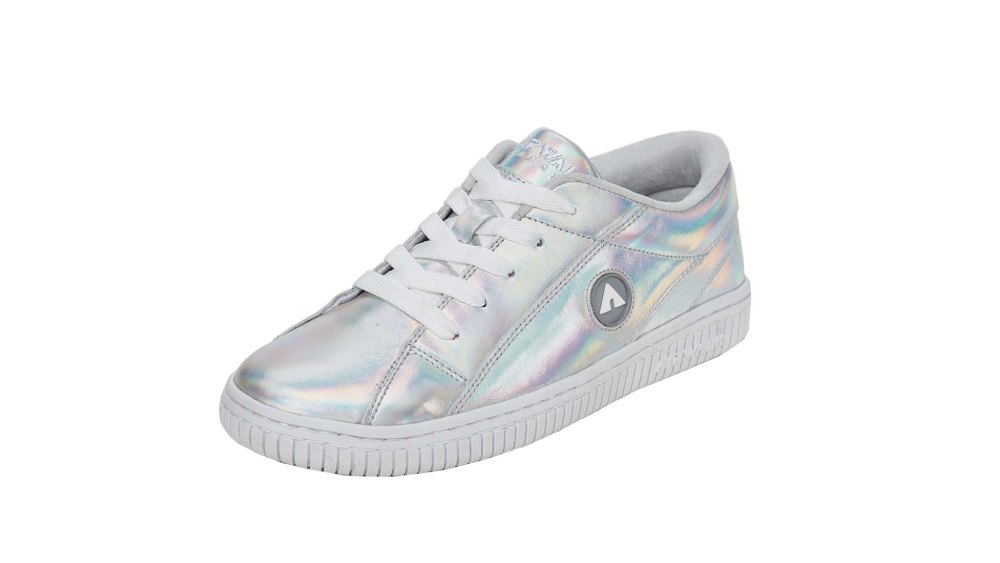 The skate heritage brand, which was bought by Authentic Brands Group in 2014, is being reintroduced to the market.

The brand will relaunch the men’s and women’s Classics collection, which is designed by Jeff Staple, on April 3 at Colette in Paris. The line will include the Random, the Pearl and the Bloc silhouettes, which will be featured in the boutique’s window display this week. The styles retail for around $100.

“Streetwear is having a resurgence right now, and I would love to bring a bit of the early Nineties feel back to the brand,” said Staple, who is the chief creative consultant for Airwalk Classics. “This time we essentially created a new brand in Airwalk Classics. And as the name sounds, we are staying to the heritage of the 30-year-old brand.”

In 2009, Staple also designed a collection of Airwalks while the brand was owned and distributed by Payless ShoeSource, but this time the goal is to elevate the line, hence the Colette collaboration.

Nick Woodhouse, president and chief marketing officer of ABG, said his company has spent the past two years cleaning up Airwalk’s distribution. The launch is exclusive to Colette, but the assortment will be rolled at Extra Butter, Bait, Mita, Rime, Blends and other retailers throughout 2017.

“There are around 20 iconic Airwalk styles, so we plan on releasing silhouettes over the next 24 months. Down the line we will build new styles around these classics,” said Woodhouse.

Airwalk was founded in 1986 by George Yohn and Bill Mann. During its heyday, the brand was comparable to Vans, but lost its luster over the years. Payless ShoeSource acquired the brand in 2007 as part of a deal to buy Collective International, a licensing platform that managed Airwalk along with Vision Street Wear, Lamar, Sims, LTD, genetic, Dukes, Rage, Ultra-Wheels and Skate Attack.

The Nineties trend continues to impact retail, and according to Woodhouse, he doesn’t foresee it abating any time.

“It’s not just about Nineties brands. It’s about how things are being styled now and this idea of logos going back on shirts,” said Woodhouse. “I think it’s just starting to hit mainstream so we have a few years to go.”