The designer looks to widen her audience with a new lower-priced line of basics. 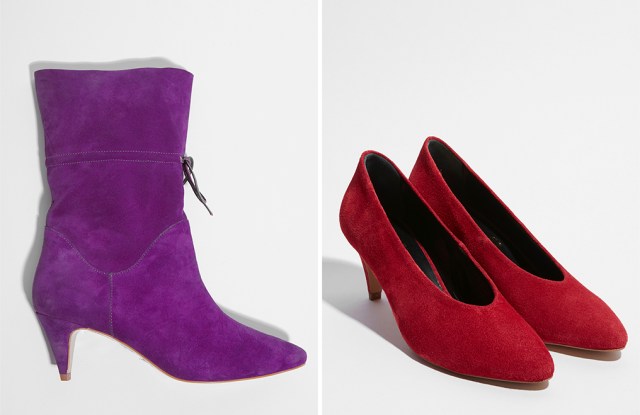 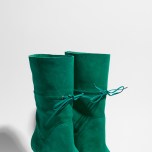 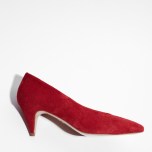 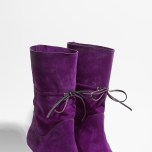 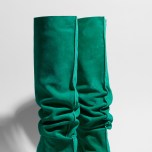 The designer — who in November 2016 announced that she had cut wholesale distribution in favor of a direct-to-consumer model where she releases new designs at her creative whim — has launched a limited line of basics to help fuel her operation. “My first value is freedom,” Pichard said of her brand.

The Amélie Pichard La Quotidienne line of three colorful suede styles — a pump, slouch ankle boot and high boot — is to retail between 295 euros and 495 euros. These prices are purposefully lower than Pichard’s typical price point, in a move to attract a wider audience.

Pichard expects that the basics line will eventually comprise approximately 25 percent of brand sales, and will accept wholesale accounts only relating to the collection. While Pichard felt that seasonally based wholesale collections limited her creativity, Quotidienne will rarely change its format. Although she said, “these designs are to be worn year-round,” a new range of colors will be issued each season.

The Quotidienne styles, all produced in Portugal, have been tested for durability — intended to be worn over the course of multiple years, and cared for by a local cobbler. The designs’ curt heels were developed to allow for optimal mobility.

“I encourage my customer to buy less, buy better and I strive to design less, design better,” Pichard noted of her modus operandi.

“I wanted to develop a very simple line of the utmost quality, in opposition the fast fashion that now surrounds us. I feel that the creativity of fashion is disappearing, and for this reason I was motivated to propose simplicity and authenticity,” she said of the new line.

“Since my brand is seven years old now with 16 collections, I felt it was time. I have created an Amélie Pichard lifestyle through my small but impactful collections. My shoes are always full of details and interesting materials, never basic and simple. I wanted to create a line that was more about the shoes themselves than the fashion.”

Pichard has also recently developed a “Pichardises” line of giftable accessories, including cigarette cases, belts and pouches. In early January, a new limited run of editorial shoes will be released — including a patent-leather sock boot with “Moules Frites” inscribed within Lucite heels. Pichard is developing a new vegan collection, her second vegan line following a 2015 collaboration with animal activist Pamela Anderson, to be released in May.