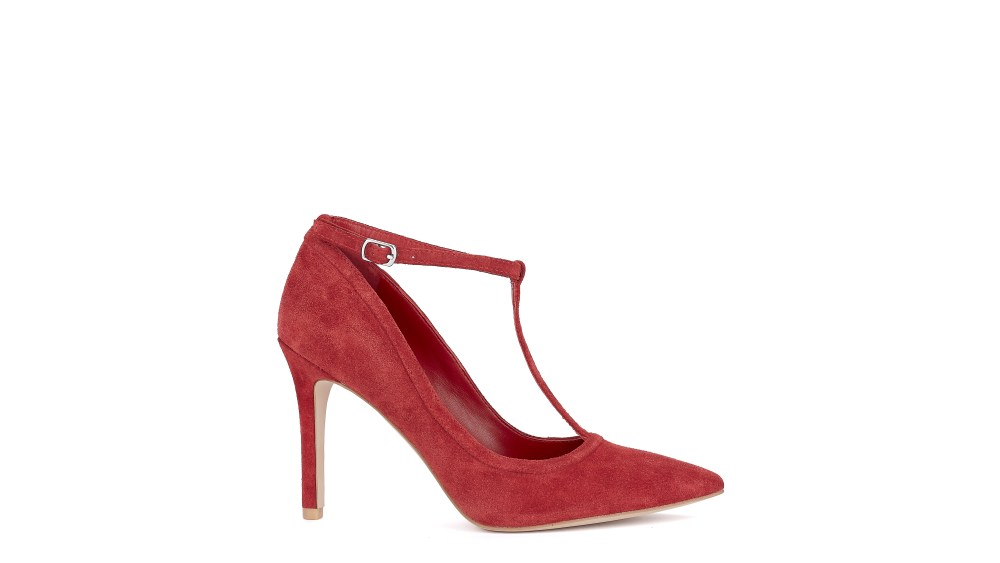 When most members of the fashion pack hear the name Kim Jones, they probably think of the Louis Vuitton men’s artistic director known for his edgy, street-influenced aesthetic.

But there is another stylish individual named Kim Jones and she makes her home in Asia- Manila to be precise. Jones, an Australian-Filipino banker turned model, TV personality and blogger, is a fashion influencer in Southeast Asia. Known as Miss Jones for her blog, her latest project is a five-piece collection for online footwear retailer Shoes of Prey, which specializes in customizable shoes.

Inspired by a trip to Italy, Jones designed three variations of pumps as well as a sling-back low-heeled shoe and a Mary Jane with a chunky heel.

“I loved the feeling of luxury and the richness of the culture over there,” said Jones, who tuned out the shoes in suede, velvet and leather. Her designs come in black, white and “jewel tones” of ruby and emerald. But, as with all of Shoes of Prey’s product offering, customers can tweak the designs to suit their tastes- altering a toe shape or color by using a 3D tool on the Australian retailer’s website. Nordstrom.com is also selling the shoes, which retail from $189 to $209.

“The customer can actually go in and customize them further if they want to,” Jones said.

Jones, who has racked up past collaborations with brands like Louis Vuitton, Gucci, MAC Cosmetics and Tommy Hilfiger, spoke enthusiastically about fashion scene in the Philippines. She said the fast-growing middle class of the emerging market has provided local designers with ample business opportunities to develop their businesses.

“I feel like it is a good area within Southeast Asia to plant your feet,” she said.

Perhaps Jones’ far-flung base in the Western Pacific has helped shield her from too many cases of confusion or mistaken identity- despite the fact she shares a name with a leading designer in Europe.

But she does recall one humorous tale from a couple of seasons ago: she received an invitation to a Louis Vuitton fashion show addressed to “Mr. Kim Jones”.

“I’m sure that some poor girl at Louis Vuitton probably thought that I was the men’s wear designer,” she said with a laugh.