Bernie Sanders’ Style and the Antihype Sneaker: How Saucony Plans to Capitalize

Saucony plots a comeback for its Jazz sneaker as the popularity of Bernie Sanders' inauguration outfit points to a larger trend for antihype fashion.

Quarantine has made people misanthropists by decree, rather than choice — and the style often associated with grumpy loners is now finding a larger favor in fashion. Take the viral nature Bernie Sanders’ inauguration fashion as an example — his schlump look, with its endearing knit mittens and greige parka, was widely beloved by netizens more than half his age.

Saucony, a preferred sneaker of Philharmonic-goers and early-bird special seekers, is looking to capitalize on the moment. The brand this year is celebrating the 40th anniversary of its signature Jazz sneaker and has plans to further build out the universe of this style, member to a rare breed of design — the antihype sneaker.

The puffy nylon Jazz sneaker — with its orthopedic proportions, reflective logo that recalls a strip of electrical tape and rainbow of nostalgic colors — has flown under the radar in this era of the sneaker grail. 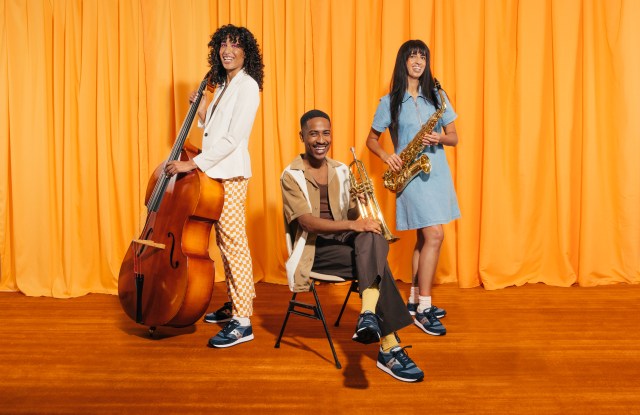 “No one is running in this shoe but it is old ’80s and ’90s running technology. If you like the running silhouette, there is a certain feel to it. I do think it’s different and that we are a ‘challenger’ brand and a niche player,” said Anne Cavassa, president of Saucony.

“I do think we are a comfort purchase for people looking for something that makes them feel good in the pandemic. These enduring brands [like Saucony] aren’t about hype necessarily, but they have a timeless authenticity and a premium nature. It’s very grounded and down to earth, which is relevant for us as a brand. People who have a bias toward shopping local and the indie vibe, I think, gravitate toward Saucony,” she added.

This year the Jazz will roll out with an expanded product offering, including the new Jazz 81 style — an updated and improved take on its Jazz Original style, with stylistic details from the Jazz designs of the ’80s. There is also the new biodegradable Jazz Court style as well as an upcoming collaboration with rapper Trinidad James. A host of fresh colorways and treatments also show new fashion ambitions for Saucony, but all rendered in subtle or nostalgic ways.

All in all, Saucony (which is owned by Wolverine World Wide Inc.) hopes to boost the Jazz’s overall sales by 30 to 40 percent in 2021 — a pretty ambitious goal considering the current state of the global economy. At present, the Jazz is the largest style within what Saucony considers its “Originals” category, or its line of lifestyle shoes that complement its range of performance running sneakers. Both categories, the company said, are currently in expansion mode. But Cavassa said that it is only supply chain strains that are holding the company back amid planned growth in greater Europe, China and Japan as well as a doubling-down of efforts in the U.S.

On Jan. 25, Saucony will begin its big advertising push for the Jazz with a digital-only ad featuring jazz musicians Matthew Jamal and Brandon Woody as well as DJ Stretch Armstrong.

“The Jazz sneaker was birthed at a time when jazz was alive and present. The sneaker is a symbol of that musical movement — classic comfort, classic design and a timeless expression of movement,” said Cavassa.