The country is poised to be the next big high-end market. 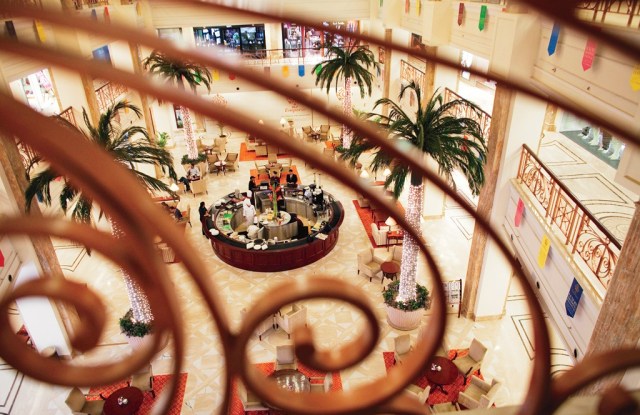 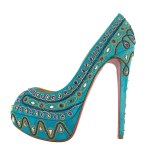 With labels such as Christian Louboutin, Jimmy Choo and Kenneth Cole pumping up their presence in India, all indications are that the country is poised to be the next big high-end market.

“If you look at India over a 15- to 20-year period, it is going to look really attractive,” says Laxman Narasimhan, director of consumer practices in India for McKinsey & Company, which predicts that individual incomes in the country will triple over the next 15 years. What’s equally encouraging is a recent decision by the government to further open up single-brand retailing to foreign competition.

“There are two to three million [households that purchase luxury products] in India,” says Narasimhan. “That number will probably be nine or 10 million in the next five years. They are targets for luxury consumption, and it’s the really wealthy person right at the top of the pyramid who is going to buy the high-end labels.”

India’s affluent consumer base—and virtually all its luxury product consumption—is highly concentrated in urban areas like New Delhi and Mumbai, making those the hot spots for luxury brands. Shoe designer Diego Dolcini says his brand has identified the country as one of its next markets, and the company is in talks to place its product with high-end retailers in those cities. He also has an eye on Indian film stars and its movie industry. “I find Bollywood very attractive,” he adds. “I hope to be on the feet of Indian celebrities like Aishwarya Rai, as well as in the [aspirations of Indian consumers].”

And Christian Louboutin, who has been traveling to the country for more than 20 years, opened his first Indian boutique in New Delhi’s gilded DLF Emporio mall in early February. The designer also created a Bollywood-inspired platform pump for the current spring season—called the Bollywoody—that’s selling in stores around the world, including Neiman Marcus, for about $3,000.

“We are truly passionate about the country and its culture, so it was natural for us to open a shop in New Delhi,” says the brand’s chief operating officer, Alexis Mourot. “India’s consumers are passionate about creativity, craftsmanship and products that are colorful, and they are finding all of that in Christian Louboutin.”

Kenneth Cole also has retail plans for India. The company is set to open 25 stores over the next eight years, through a licensing deal with Reliance Brands Limited, which also includes wholesale distribution.

“India has become, almost unto itself, a major fashion market over the last five years,” says Paul Blum, chief executive officer of Kenneth Cole Productions. He added that jewelry, handbags and footwear are top of mind in that market.

“[Indian consumers tend to be] very artistic and expressive in what they wear, and accessories are a big part of that expression.”