The brand hopes to bring sustainability and more positivity to the skate world.

The new footwear style is a full circle moment for cofounders and skaters Fernando Porto and David Python, who first discussed founding Cariuma on a snowboarding trip.

The Catiba Pro Skate sneaker, which retails for $89 on the brand’s web site in five colorways, was built from scratch with skating in mind, and crafted with organic cotton; mamona, which is a Brazilian material with cork; raw natural rubber, and recycled plastics on the shoe’s laces, treads and labels. Porto said the sneaker has been tested by “very high-level skaters” and has a longer lifespan than other Cariuma shoes.

“We have had a lot of people already skating in these shoes in SoCal, London, Rio and Australia,” Porto said. “We made sure to put our previous shoes to the test with really great pro skaters so they can come to me and our shoe designer to say you need to improve here and there.”

Porto and Python’s love for skate wasn’t their only motivation to enter the skate category. Porto said he noticed a lack of connection between sustainability and skate. The younger generation may care about the environment, wildlife and the world, but he felt skate culture didn’t evolve with the core values of Millennials and Gen Z.

“When I was talking to [renowned skater and director] Steve Berra about this, we said there must be a way to bring this positivity to skateboarding,” Porto said. “We connected so fast in that direction. If we are successful, we can be one of the agents of change for this.” 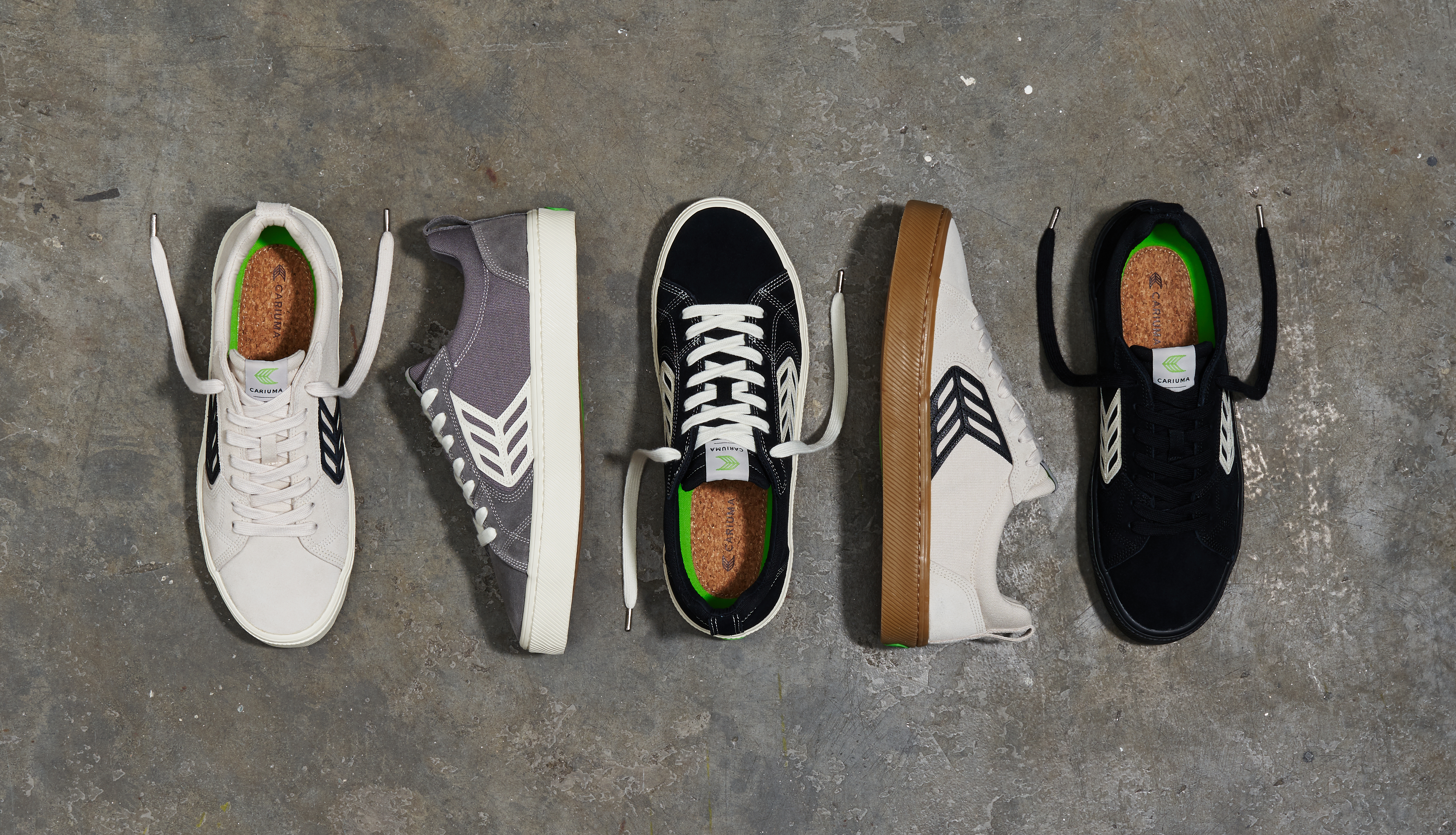 This mission is evident in their skate team as well, which is comprised of U.S. 2020 Olympic team member Jagger Eaton, 2020 Olympic qualifier for street skating Gustavo Ribeiro, Mike Vallely, Tyler Peterson, Chris Pierre and Sean Davis. Porto said the brand was less focused on assembling a team of great skaters and wanted to bring together people who can bring positivity to skateboarding.

“It’s the right time and I think we have a chance to be part of a bigger movement,” Porto said. “I’m really proud of the people we put together. It wasn’t easy, but it means a lot to me.”

Porto said 2019 was a great year for Cariuma, which grew over tenfold, he said. This year, despite the pandemic, the brand reported its best months ever in May, June and July. He declined to share specific numbers.

In regards to the skate world, he said sales for skateboards and surfboards skyrocketed during the pandemic, possibly due to people needing new ways to commute without using public transportation or taxis, or people looking for new active sports that can be enjoyed alone.