The Danish designer is launching a four-piece footwear capsule with the Singaporean accessories firm, built on the value of timeless, sustainable fashion she has been honing at her own label.

LONDON — The Danish designer Cecilie Bahnsen’s collaboration with Singapore-based accessories giant Charles & Keith has been more than a year in the making, but its online debut today appears incredibly timely.

It’s a tightly edited, four-piece capsule pushing the concept of timeless, sustainable fashion — which has gained a whole new meaning in consumers’ minds amidst the coronavirus pandemic.

Drawing inspiration from school uniforms, Bahnsen created her own take on the Mary Jane, by way of romantic, floral-embroidered satins contrasted with chunky, tougher-looking buckles.

“I’ve always had this fascination with school uniforms and the contrast of masculine and feminine. We quickly fell in love with the idea of back-to-school and back to the roots of the brand, so the Mary Janes made sense. It’s a very historical shoe that used to be worn by boys before it was worn by girls,” said Bahnsen.

Charles & Keith was drawn to this vision of “new codes of femininity” that Bahnsen proposes through her work and also saw an opportunity to merge its own design and manufacturing capabilities with Bahnsen’s “knowledge on fabric craftsmanship.” 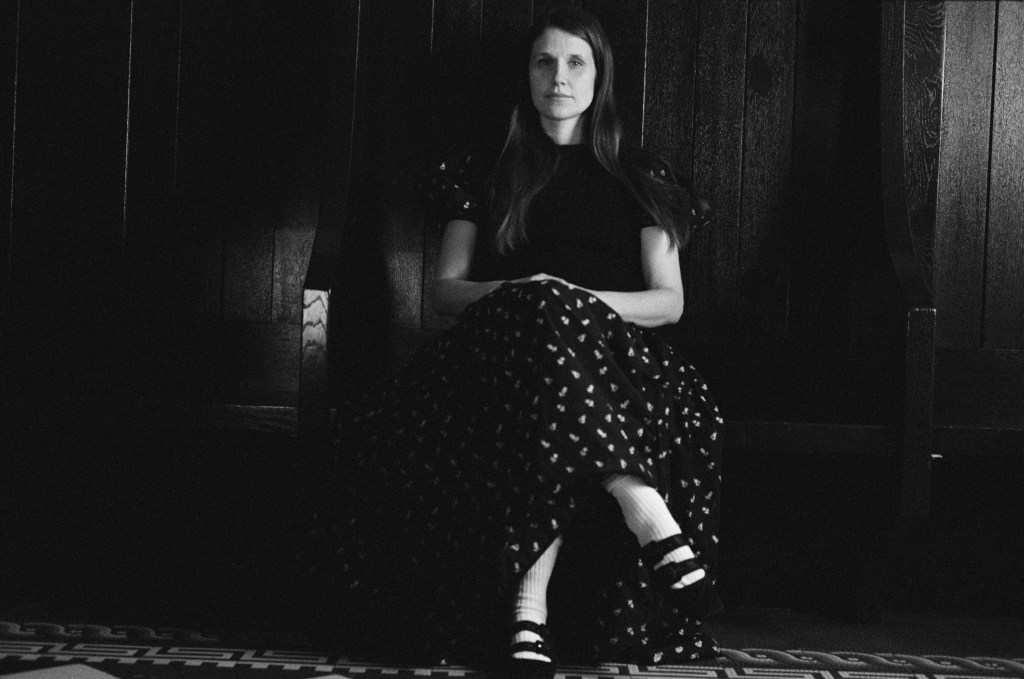 The shoes were created using recycled satin or deadstock fabrics from Bahnsen’s studio, and given a new lease on life via patchwork techniques on the Mary Jane pumps.

“Our sustainability department has been working on sourcing responsible materials, so there was already an ongoing process of research. We learned to push our research toward materials further and aim to incorporate more of this approach in our [main] collections,” said Emma Mace Driskill, executive director, product planning and strategy at Charles & Keith.

Bahnsen delved further into her love of history and romance, shooting the campaign for the capsule in an old boarding school in Denmark.

She chose to showcase the shoes alongside a range of her label’s signature puff-sleeve dresses, mainly picked from previous seasons’ collections.

“You could wear the shoes with a dress that you bought from us two years ago, or with a dress you’re saving up for. It all came down to creating a timeless capsule. I wanted the shoes to go with a collection we did a year ago and with something we might want to wear in 10 years,” said the designer. 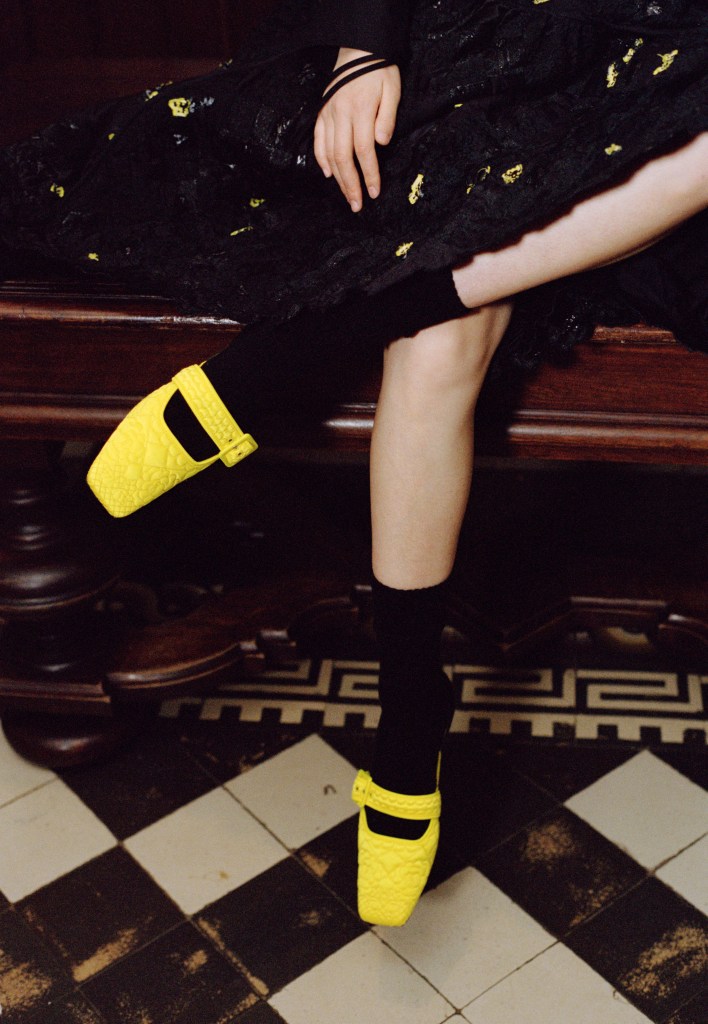 Bahnsen has always had a flair for timelessness and signature designs, having built her brand and its charming universe around puff sleeves, bow embellishments or voluminous skirts, which appear season after season on her runway. She plans to double down on this approach as she navigates the changed, post-COVID-19 fashion landscape.

“It just seems even more natural now. That’s why we’re working on a Studio collection for November instead of resort, which is made of fabrics we already had in our studio instead of launching new ones. It’s so nice to sometimes go back to your roots and use what you have instead of overcomplicating things for the sake of creating something new,” said Bahnsen. “It doesn’t have to be new, as long as it’s considered.”

Developing her own fully fledged accessories collection has been in the pipeline for Bahnsen, as she has been gaining global recognition for her rtw, and experimenting with collaborations for a while, including two buzzy tie-ins last year with jeweler and fellow Dane Sophie Bille Brahe and the Japanese footwear label Suicoke.

The current climate has meant that all plans had to be pushed back, but working with a larger-scale company like Charles & Keith gave her a deeper insight into product development — as well as an early start on designing and communicating via Zoom meetings. 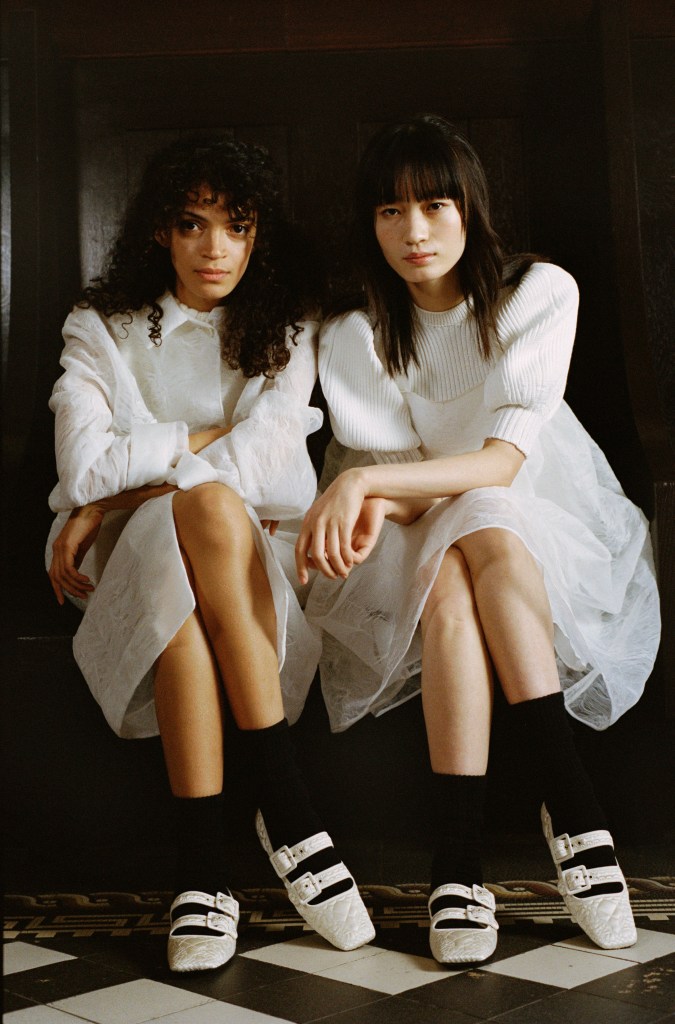 “We really fell in love with this idea of trying to develop a full story from scratch, from the bows of the shoe, to the packaging, the fabric, the concept — everything. We had the luxury of putting time into one single product, developed over a year. It was like molding one of our dresses into a shoe and trying to keep that same amount of detail and identity in a smaller object,” added the designer.

The shoes retail for 250 euros to 350 euros, which will also broaden Bahnsen’s offer beyond her ready-to-wear, which is priced at the premium luxury level.

“It’s always interesting to have the possibility of making the brand more accessible to everyone and to still be able to maintain good quality design and telling your story at a different price point,” added the designer.

As she looks forward to the future, she is hoping to take in the lessons she learned from having to pause and take a closer look at the brand’s roots and communicate them to her audience in more intimate ways. 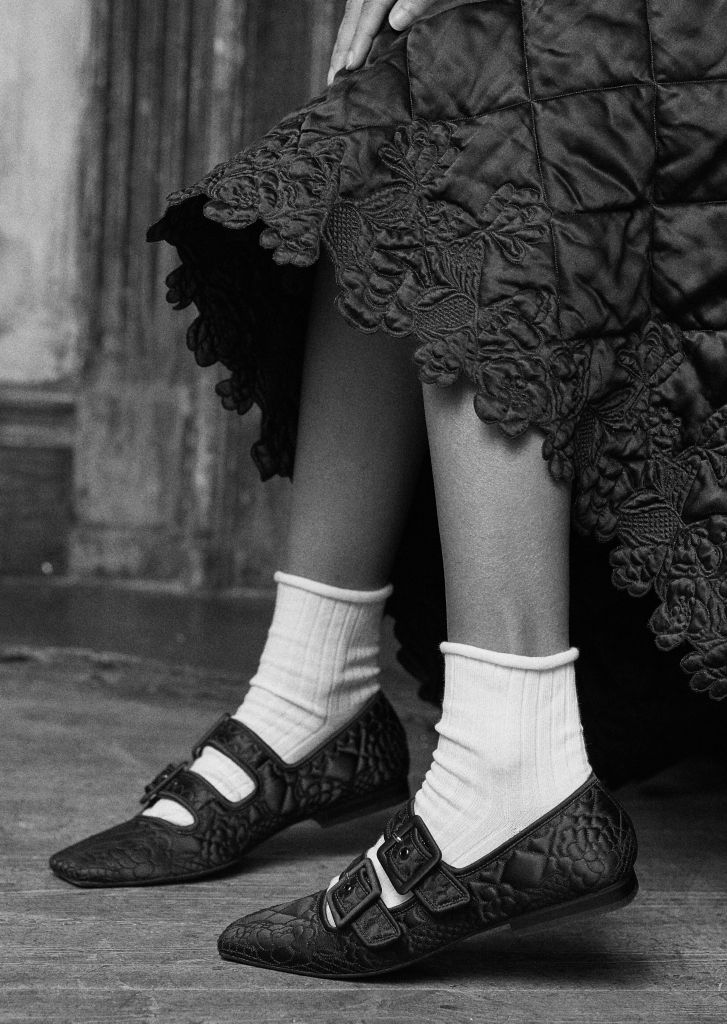 “We want to make sure that our customers feel like they’re part of the creative process. It’s probably not going to be a show this season, but we could create something for the people who will eventually wear the collection rather than for press. That’s actually really nice, to remember who the customer is and who you’re creating these products for,” said the designer, who is preparing to become a mother for the first time and has been using the slower pace enforced by lockdown to take stock and reevaluate.

Her conclusion? “Everything needs to be part of the same ambition: Creating something that has meaning and makes sense.”