How does one celebrate upon winning their first CFDA Award? For Tabitha Simmons, the answer is more sleep than Champagne. 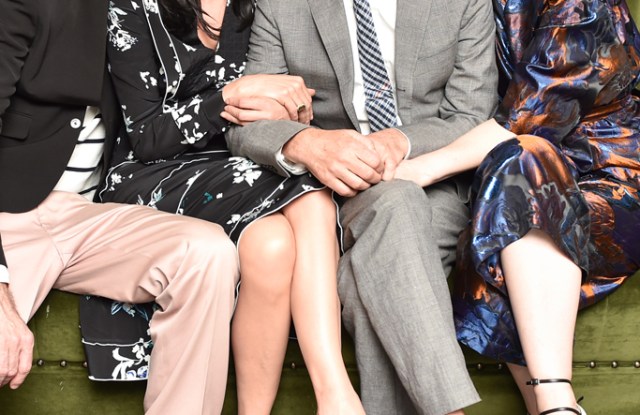 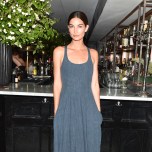 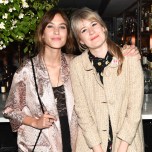 How does one celebrate upon winning their first CFDA Award? For Tabitha Simmons, the answer is more sleep than Champagne. “I had to be on set the next morning at 8 a.m.,” the shoe designer said of her post-CFDA nonpartying. So, just over a week later, Simmons was just now taking her celebratory lap as the guest of honor at an intimate dinner at Omar’s, hosted by Refinery29, the CFDA and Neiman Marcus.

Officially, the event was part of the contingency’s “Spotlight Series,” which kicked off earlier this year with a dinner for Rachel Zoe in Los Angeles — the fact that Simmons was a newly minted CFDA winner was just icing on the cake. “We conceived this dinner series to recognize incredible women in the fashion space doing extraordinary things,” said Christene Barberich, editor in chief of Refinery29. The event drew out a women-heavy crowd that included Alexa Chung, Lily Aldridge, Georgina Chapman, Gucci Westman, Langley Fox Hemingway, Jessica Hart, Tali Lennox and Tennessee Thomas, as well as Ken Downing, Steven Kolb, Theo Wenner, Dustin Yellin and Eddie Borgo.

“I’ve only known two Tabitha’s in my life,” Downing said. “One was the daughter of Samantha and Darren Stevens on “Bewitched.” Later in life, I met another Tabitha who was not a child witch, but a young woman who possessed magical powers beyond anything I could ever imagine….You’re a delight and a charm, and if you learn to [wiggle your nose], I’ll love you all the more.” Simmons did her best Samantha nose twitch before turning to Downing. “I actually was named for the character,” she pointed out.