The self-funded British footwear and accessories brand is using a cocktail of nostalgia, glamour and laughs to build an international business. 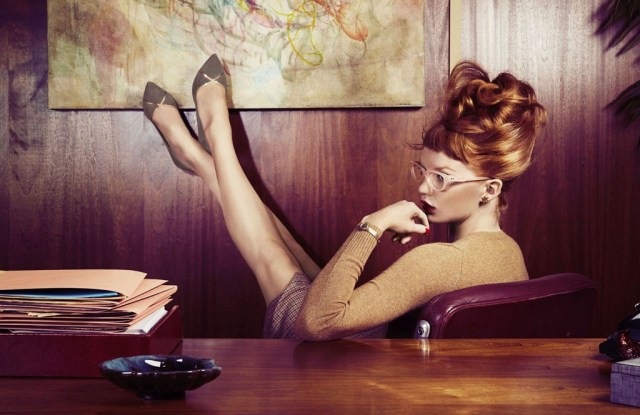 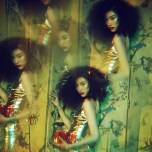 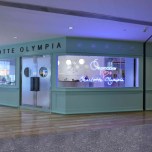 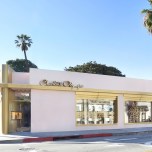 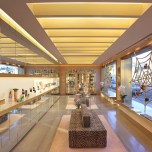 LONDON — Charlotte Olympia, the small and self-funded British footwear and accessories brand, is using a cocktail of nostalgia, glamour and laughs to build an international business.

By the end of this year, the company, launched by Charlotte Olympia Dellal in 2008 and run by Jimmy Choo and Halston veteran Bonnie Takhar, will have nine freestanding stores worldwide. The first was opened on London’s Maddox Street in 2010. Wholesale clients include Harrods, Neiman Marcus, On Pedder in Hong Kong, Bergdorf Goodman and Tsum in Moscow.

The business is notching triple-digit sales growth and double-digit profit gains on the back of collections such as Archie’s Girls, which had a Pop Art-y, retro feel and was based on the comic books; Hollywoodland, which featured platforms and stiletto heels with celluloidlike straps or Art Deco flourishes, and Overboard, with platform peep-toes shaped like fish, or towering message-in-a-bottle heels.

The brand is also well-known for its collection of slipper-inspired flats, especially the Kitty, with a cat’s face and perky ears, and the Charlotte’s Web with a spider’s work picked out on the vamp.

“Charlotte Olympia is in a league of its own in terms of making shoes that are cute and funny,” said Helen David, fashion director of women’s wear, accessories, fine jewelry and children’s wear at Harrods. “The customer is almost anyone — unless they are completely lacking in a sense of humor.”

David added that customers have even begun to collect the designs.

“The shoes have developed a cult status, and there are Charlotte Olympia-ites out there who collect them, but don’t wear them,” said David, adding that sell-throughs are “very, very high and strong” and the brand is planning to do an exclusive shoe for Shoe Heaven, the new footwear department at Harrods that is set to open in August.

Natalie Kingham, head of fashion at Matches.com, said the Charlotte Olympia customer “loves old-school glamour,” and the Kitty slippers are among the site’s bestsellers. “We also sell the Dolly platform shoe very well, but the revival of the flat shoe has meant that [Dellal’s] glamorous slippers are very much in demand,” she said.

Dellal, who is chief executive officer and creative director, set up her businesses in 2008 after studying shoe design at Cordwainers in London. A mother of three, she is married to Maxim Crewe, who works in finance. Her parents are the Brazilian model Andrea Dellal and the London businessman Guy Dellal. Her grandfather is the late Jack Dellal, the billionaire London property tycoon famous for his love of megadeals.

Dellal’s passions are the soul of the business, which generates $40 million to $50 million in annual wholesale revenue, and includes a variety of categories, such as children’s, bridal and Tailor Made, a made-to-order service with shoes done in crocodile.

Last month in Paris, the brand introduced a collection of leather bags made in France. There are four silhouettes in leather, black alligator or leopard pony skin, and details taken from two of the brand’s signatures: the Dolly platform court shoe and Pandora clutch bags in Perspex.

The bags will retail from $1,195 to $2,995, and the key style is the Bogart, a structured bag with a flap closure that comes with a pair of gloves that snap on to the top. Other styles include a tote and a clutch. Accessories currently account for 20 percent of the business, and Dellal said that number is set to grow to 30 percent over the next 18 months.

“We wanted to develop a strong brand aesthetic, a recognizable silhouette from the outset and build on that DNA,” said Dellal, who admits she is afflicted with “nostalgia for a bygone era, a time when women wouldn’t leave the house without wearing a hat and gloves.”

She puts her passion into practice every day: Her personal style is inspired by Rita Hayworth and the golden age of Hollywood, and she often wears red lipstick with her blonde hair parted on the side and with a Forties-style wave. She said she has always loved collecting beautiful objects, and loves the idea of making them wearable. Hence the Lucite clutch bags resembling perfume bottles; the French poodles adorning boudoir slippers; glow-in-the-dark bones embroidered onto black silk satin sandals, and ice cream cone heels on pink and mint pastel platforms.

Dellal said the goal of her company has always been to build a stand-alone brand organically. The business so far has been self-financed, and she and Takhar have been building it with steady hands. Sales are divided evenly between North America, the Far East and the rest of the world, and licensed and joint partners include the Pedder and Bluebell groups and Al Tayer.

“We’ve been embarking upon a strategy of wholesale, direct retail, joint venture and distribution partnership deals that is coming to fruition,” said Takhar, the company’s president, during an interview in the West London office she shares with Dellal. The sprawling space is covered in pink wallpaper with a spider web print, and a frequent guest is Dellal’s dog Marlon.

“Everything we have done has been very deliberate. We’ve picked solid retail partners, and we’re building the business with them quite deeply,” Takhar added.

One of the most successful selling strategies so far has been the creation of pop-up shops — done in the season’s theme — inside stores such as Isetan in Japan, The Landmark in Hong Kong and Selfridges in London. “It’s a unique point of view for retailers to extend to their customer base, and creates excitement,” said Takhar.

The brand has two stand-alone store openings planned for April, in Miami’s Bal Harbour and at The Landmark in Hong Kong. In September, it’s due to open a store at Mall of the Emirates in Dubai. The stores generally range in size from 1,000 to 1,500 square feet.

In a bid to broaden its offer further, the brand last month launched 9 till 5, an evergreen collection of classic silhouettes that are meant to propel women through their working day straight into evening. There are stiletto, block and kitten heels in three heights ranging from 55 mm. to 90 mm., or just over two inches to three-and-a-half inches. The shoes, which have clear PVC details, come in briefcase-inspired shoeboxes and are sold with matching colored stockings. Retail prices range from $635 to $896.

Although prices for the overall collection can run as high as $3,000 for Tailor Made shoes, the bulk of Charlotte Olympia’s sales take place in the $950 to $1,150 range.

Dellal and Takhar said that for the moment they are not looking at bringing in outside investors, nor are they working on moving into new product categories, such as ready-to-wear or major collaborations. “This has always been about building a global brand with longevity,” said Dellal. “And the focus remains on the brand.”