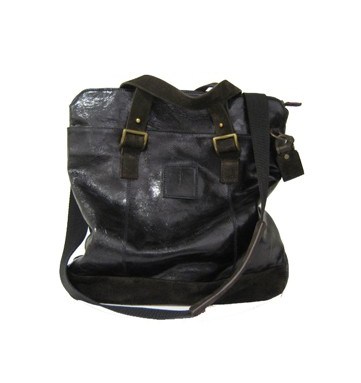 While celebrating its 80th anniversary last year, the team at Cole Haan had time to reflect.

In doing so, company executives found inspiration in the brand’s beginnings — namely when it was called Cole, Rood & Haan Co. back in 1928.

It is a little known fact the company was founded not only by Trafton Cole and Eddie Haan, but also by a man named William Rood. When Rood died in 1934, the remaining founders shortened the name to simply Cole Haan. For fall, however, the American accessories firm will go back to its roots, launching Cole, Rood & Haan Co. as a stand-alone line.

With a nostalgic bent, the men’s and women’s footwear and accessories hark back to the Twenties, with its speakeasies, gangster style and the jazz revolution. There are updated wing tips, boots, duffels and boater shoes with a worn-in look, which seem vintage and reimagined at the same time. Style names recall the era and include Bootleg, Ducky and Dapper.

“The mission of Cole, Rood & Haan is to allow our design and marketing areas to flex their creative muscles, to broaden our reach to a new, more discerning fashion consumer and to establish new points of distribution for the Cole Haan brand,” said Jim Seuss, chief executive officer of Cole Haan.

“This influencer creates his or her own style,” added Seuss of the target consumer group. “[They] appreciate premium denim that is rooted in authenticity. They shop online, in independent boutiques and specialty stores.”

Cole, Rood & Haan will bow at the end of August and will be sold in select wholesale accounts in the U.S. and internationally, as well as some Cole Haan stores, including those in Columbus Circle in New York and Bridgeport Village in Portland, Ore., and in Italy, Hong Kong, Dubai and Saudi Arabia.

Cole Haan, a subsidiary of Nike Inc., is known for high quality, classic footwear and accessories. In the past several years, the firm has pushed more fashion-savvy product, including the commercially successful Dress Air collection, a line of high heels incorporating Nike Air technology for comfort.