Now owned by Apax Partners, the brand is launching a multifaceted strategy to accelerate growth, which goes into high gear this fall. 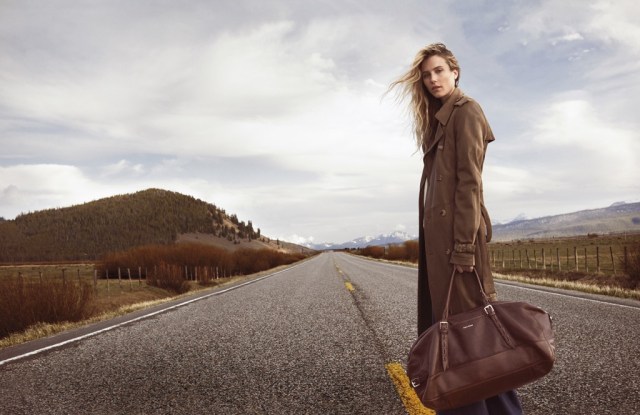 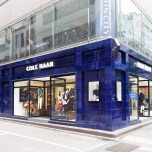 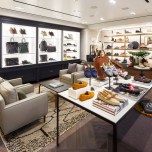 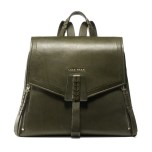 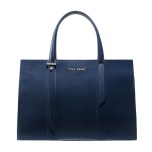 NEW YORK — Cole Haan is kicking off its journey to become a global lifestyle brand.

This story first appeared in the July 11, 2014 issue of WWD. Subscribe Today.

Now owned by Apax Partners, which acquired the brand from Nike Inc. in a $570 million deal last year, the American footwear, accessories and outerwear brand is launching a multifaceted strategy to accelerate growth, which goes into high gear this fall. The initiatives are wide in scope, ranging from projects around brand ambassador Dree Hemingway, for example, to innovative products and a fresh retail concept that sets the tone for Cole Haan worldwide.

The plan was masterminded by a team of executives, led by chief executive officer Jack Boys, who had previously revitalized Converse as a global lifestyle brand in his decade there, as well as president and chief operating officer J. Michael Prince and chief marketing officer David Maddocks, both also alums of Converse.

Since the acquisition, the team has studied Cole Haan’s business and history with origins as a footwear company in the 1870s, though the brand was officially founded in 1928.

Boys called it a brand that is “classically inspired with American-style sensibilities, but because of the DNA of the brand, it has also been able to expand beyond that. It’s a multigenerational base with a global application.”

Maddocks added, “It’s a history we honor. As we look forward, to 2015, 2016 and 2017, we see our role here at the company as stewards of that heritage, and the most important thing is to continue to expose that to new audiences. We see this collision of tradition with modernity, and in that tension, there is a lot of opportunity to discover things about the brand.”

Under Nike, the brand has gone through several reinventions over the years, but always struggled to build on momentum, which the new parent hopes to correct.

Enter the new store concept, unveiled in Tokyo’s Ginza district last month. At 2,000 square feet, it’s the company’s first freestanding store in Japan, which Boys called “the new face of Cole Haan in its retail stores and will be the basis for our expansion into China, Korea and the rest of the Asia-Pacific region.”

Mixing modern with traditional elements, New York architectural firm Anderson Architects, in partnership with local architects Garde Co. Ltd. and Cole Haan’s Gray, created an Art Deco-inspired environment marked by an indigo tile that is used on the facade, for example, as well as the layout of rooms that give the space a residential feel. It offers footwear, small leather goods, outerwear, sunglasses and jewelry, as well as several new women’s handbag styles, including the Vestry collection and Felicity backpack. The concept nods to the company’s history, but through a more contemporary lens than previous Cole Haan retail iterations.

While Cole Haan has had global wholesale distribution before, the Ginza unit kicks off a global retail rollout.

“We will be in markets in a meaningful way that we have never been before — China, South Korea, Mexico, Southeast Asia, the Middle East, South America,” Prince said, pointing to Ginza as the model for future openings. “We will roll that out in Shanghai, Seoul, Mexico City, Santiago, Lima, New York and San Francisco.

“If you look at the opportunities, Japan is our second-largest market,” Prince added. “China could be our second-largest market in the next three to five years. That’s the kind of white space we have in front of us, with stores, with opportunities online and with wholesale partners. We will also keep adding categories. We are looking at fragrance opportunities, jewelry, watches and I can see us getting into apparel at some point. If you are going to walk into our store and buy our footwear, we want to sell you other things as well.”

In the short term, the plan is to open 100 global locations worldwide a year. Boys added that with the retail rollout, there are no plans to change the distribution model, though the company made some instrumental changes to merch for fall, which the revamped colehaan.com Web site also reflects.

“The men’s business was fairly robust and had strength and momentum, and the women’s product line was a little bit more challenged, so we wanted to course-correct that with the footwear, handbag and accessories collections,” he added.

For fall, 60 percent of product is new for men, and 70 percent for women’s, the latter representing “a complete reset of footwear, and handbags, and women’s accessories, with Dree Hemingway as the face of our campaign,” according to Boys. “We will move all the core parts of Cole Haan forward and address the women’s business first.”

For the campaign, Hemingway, who serves as global brand ambassador, was photographed by Glen Luchford in Sun Valley, Idaho, her hometown. The images feature the tag line “History Begins Here,” making that point of past meeting the present. The ads capture a distinctly Americana vibe, with open roads, rural streets and horses. Hemingway’s multiyear partnership will also evolve into a codesigned collection of women’s footwear and handbags for fall 2015.

“If you can imagine and manifest in a young woman someone who had a complete alignment with Cole Haan, you would dream up Dree Hemingway,” said Maddocks, pointing to her legacy as well as her independent spirit as values that align with Cole Haan.

Hemingway’s is not the only collaboration in the works. Cole Haan is also partnering with the New York City Ballet, and signed on three of its principal dancers — Sara Mearns, Megan Fairchild and Gretchen Smith — for a special project.

“We thought, ‘Here are three young women who really work for what they believe in,” Maddocks said. “That conviction, in terms of values, aligns so well with the brand, so we started to work on product creation with them.”

Ballet-inspired product in footwear and eventually casual accessories are expected to launch starting in October.

Elsewhere, Cole Haan is stepping up its technological innovation, for which the brand is known, via the men’s Pinch LTE and Grant LTE shoe styles. The Grant LTE drivers style features an ergonomically designed rubber island driver outsole, while the Pinch LTE, a sneaker-meets-loafer design, has a vulcanized rubber outsole with a Cole Haan weave-inspired pattern.

This week, the company also introduced the ZeroGrand style, an engineered Oxford brogue that weighs less than 290 grams, and features increased cushioning and notable flexibility.

Products like these are likely to contribute to the executives’ projections to transform Cole Haan into a “multibillion-dollar” business. “Today, Cole Haan has revenue in excess of $600 million, which is a combination of company retail, wholesale and licensing,” Boys said. “Globally, our retail footprint is $850 [million] to $900 million.”