The shoe will retail for $70, and hits shelves at Nordstrom, Journeys and other key accounts starting Tuesday. 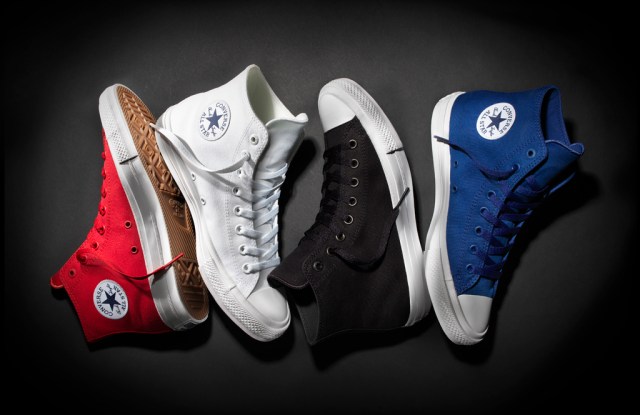 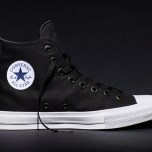 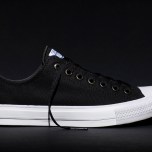 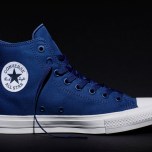 BOSTON – Converse took over a gritty Boston seaport warehouse on Thursday to stage a multimedia unveiling of Chuck II, its first major modernization of the iconic, 98-year-old shoe.

Worldwide, the company has sold more than one billion Chuck Taylor All Stars; a pair sells every two seconds. Last year, the $2 billion subsidiary of Nike Inc. posted record-setting revenues and profits.

The new version of the shoe hits shelves at Nordstrom, Journeys and other key accounts on July 28. The shoe comes in four colors (black, white, red and blue) in high- and low-top models. Two more colors will be released at holiday, but company executives said a much wider array of colors will be forthcoming for spring. They also hinted that collaborations have been lined up; past ones include fashion brands from Missoni to Comme des Garçons.

Chuck II retains the same profile, toe cap and circular “All Star” patch, but uses modern comfort materials: a perforated microsuede liner for breathability, memory foam tongue and ankle sheath, and a performance Lunarlon sockliner. Nike unveiled Lunarlon at the 2008 Beijing Olympics, and widely uses the technology in its sneakers.

Chuck II is 20 percent lighter, and the canvas has a dressier, smoother look and slight sheen. The canvas will wear and patina somewhat, like the iconic ones do, too, allowing users to put their thumbprint on it, said Converse vice president and creative director Byran Cioffi.

But Converse made it clear that its future is with the “creative community” that wears Chucks and it is not aiming to become a performance brand.

During the two-year redesign process, the mandate, according to Copcutt, was “add more,” but “Don’t f— up the Chuck.”

That is why Converse is not taking a “New Coke” risk and placing all its bets on Chuck II. The reengineered shoe will sit alongside the traditional product, executives said. But if Chuck II resonates, the gamble could pay off big: the updated shoe sells for $70 for the low top, and $75 for the high-top, a 30 to 50 percent premium over current pricing. As well, the original Chuck Taylor’s flat sole and cushionless footbed is notoriously uncomfortable — unappealing both to aging loyalists and young consumers raised on light, stretchy fabrics.

Copcutt noted that “with speed of change and the expectations of the consumers,” it will not be decades before Converse tweaks Chuck again.