The British footwear and accessories firm is in the thick of a five-year development and investment strategy.

LONDON — A five-year investment plan aimed at future-proofing the Manolo Blahnik business dented pretax profits in 2018, while sales held steady in the 12 months according to numbers set to be published by Companies House, the official register of U.K. businesses, this week.

Chief executive officer Kristina Blahnik has been spearheading the plan, which has seen the company expand — and shape shift — as it readies itself for the future.

Earlier this year, Manolo Blahnik began preparing itself to take over the operation of its North American business, which had been run by longtime license partners. The company also bought its footwear factory and atelier near Pavia, Italy, and opened a string of stores across the globe, most notably at the Palais-Royal in Paris.

In the 12 months ended Dec. 31, 2018, sales were broadly flat at 34.3 million euros, while profit before tax was 6.6 million euros, 18.5 percent less than the previous year, and against tough comparisons.

Despite the decline, the company said the profit figure was “well ahead” of forecast. 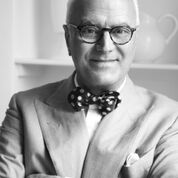 During the period, net assets rose 13 percent to 36.9 million euros, while the liquidity ratio, the measure of a company’s ability to pay any short-term obligations at a given time, improved by 19 percent to 5.34.

Kristina Blahnik called the 2018 numbers “very successful results in a planned period of increased and sustained investment in the brand. We are only three years into our five-year development strategy, which will include further infrastructure commitments.”

Blahnik added that the brand is fortunate that “private ownership and family ethos enable us to plan for the long term and we anticipate further years of significant investment” for a new era of growth. 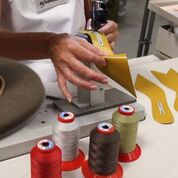 A view of the newly acquired Italian factory and atelier.

In 2018, the company also expanded its e-commerce platform and invested in infrastructure and systems to improve commercial and financial management. Money was also put toward extensive staffing and marketing programs aimed at driving footfall and increasing brand awareness.

Manolo Blahnik is also completing the post-acquisition integration of its Italian shoe factory, Calzaturificio Re Marcello, “which guarantees access to a key component of our high-quality supply chain,” according to Kristina Blahnik.

The brand has 312 points of sale in 35 countries and 20 stand-alone stores.

Stand-alone stores include the Palais-Royal, which opened during the Paris Couture shows, and a unit at Victoria Dockside in Hong Kong, which began trading in September. A further retail space at the department store Daimaru Shinsaibashi in Osaka also opened last month.

It features a personally selected edit of shoe designs from designer Manolo Blahnik’s private archives set among the lavish 18th-century and 19th-century paintings, sculptures and objects of the collection.

The works in the Wallace Collection have long been inspirational for the designer. The popular show, which was set to close on Sept. 1, has been extended until Oct. 27.