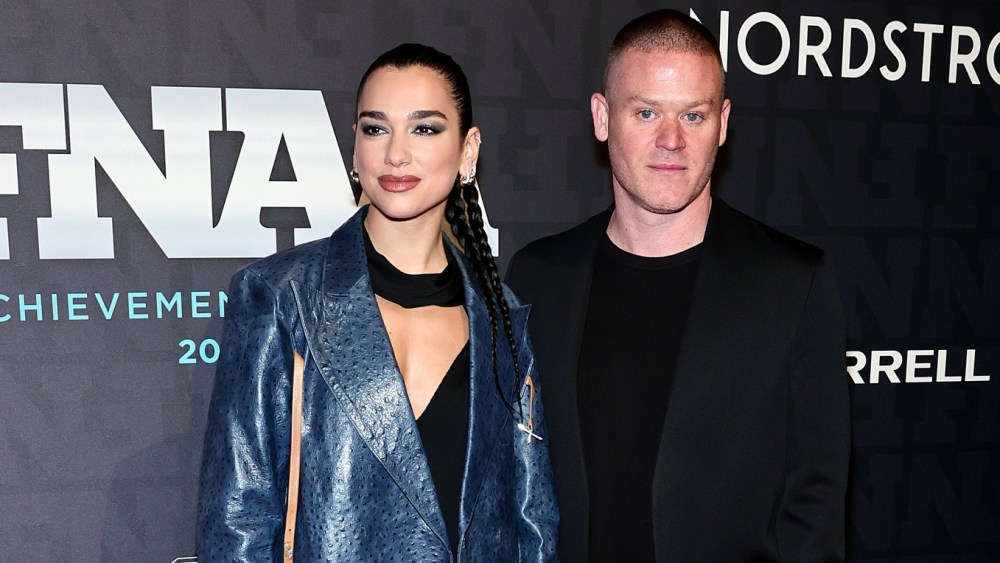 Wednesday night’s “Shoe Oscars” — with presenting sponsor Nordstrom, as well as Caleres, FDRA, Merrell, Vibram and Volumental — saw a mix of footwear designers, celebrities and executives come together at Cipriani South Street, shining a spotlight on the individuals shaking up the market.

“I think what makes this awards night special is that we honor the legends and we definitely focus on the high achievers of the year, but we also are very welcoming to the new members of the family,” said Michael Atmore, editorial director of FN and chief brand officer of Fairchild Media Group, kicking off the night.

“I do consider us a family,” Atmore, his 25th time hosting the event, said earnestly. “I want you to put aside the stress, the deadlines and just enjoy the evening. You’re about to witness one of the greatest talent shows in the world.”

Brand of the Year was given to the Jordan brand, which elicited some of the loudest cheers of the night. Carmelo Anthony, the 10-time NBA All-Star, NCAA champion and three-time Olympic gold medalist who has been part of the Jordan family for 20 years, presented the award to Jordan Brand president Craig Williams.

“It’s easy to get excited about this business, and specifically about this brand, and the reason that we’re so determined is because just under 40 years ago there was a guy in Chicago that defied physics. He told gravity, ‘No.’ He took off from the free throw line, and because of that he gave permission for every young boy, whether they were a hooper or whether they were a community organizer, every adult whether they were an office worker or they just wanted to be fabulous one day, to do the same. That’s why we’re so determined, that’s why we’re so passionate,” Williams said, referencing, of course, Michael Jordan.

On the new side of the community, the award for Emerging Talent went to Jessica Rich, who over the last few years has made her mark in the industry with a collection of sexy heels that have been seen on Cardi B, Jennifer Lopez, Kylie Jenner and more. “I can honestly say that I’d be lying to myself if I didn’t think I’d be here today. Hard work, dedication, never take ‘no’ for an answer, that is my recipe,” she said.

Christian Louboutin had a unique take on the night, “I was questioning myself on the meaning of a Lifetime Achievement Award,” he said. “’To have achieved’ is very different ‘to be achieved’ in French. ‘To be achieved’ means that somehow you are almost dead and someone needs to finish you off. And if you add the word ‘lifetime’ it seems like you are done with your work, at home watching Netflix.”

Instead the legendary shoemaker renamed his award the “Great Life Achievement Award.”

“It’s kind of awkward giving a lifetime achievement award to someone that is still killing the game,” said actor Idris Elba, who presented the award to the designer and has collaborated with Louboutin on the Walk a Mile In My Shoes collaboration.

Designer of the Year went to Amina Muaddi, who took a moment to remember Abloh. “The last time I was on the stage receiving an award, it was presented to me by my dear friend Virgil. So it’s a bit of a bittersweet moment tonight,” Muaddi said. “But I’m happy to share even this moment with him.”

Muaddi’s award marks her fourth FNAA honor in the four years since she launched her brand, which has seen incredible success in the market.

Nelly and Fergie reunited to toast Caleres chief executive officer and Hall of Fame honoree Diane Sullivan. “Wow, I’m not usually in a place where you don’t have a sense of what to say,” the CEO said to a standing ovation. “How does that girl that grew up in northern Massachusetts, first generation end up at a night like we are tonight?” Sullivan leaned into the idea that the footwear industry is a family and tight knit, a theme that many of the night’s speakers highlighted.

Other winners of the night:

Retailer of the Year: Kith  presented by Sofia Hublitz

Collaboration of the Year: Manolo Blahnik for Birkenstock presented by Charlotte Groeneveld and Pritika Swarup

Launch of the Year: Lululemon presented by Deja Riley

Brand of the Year: Merrell presented by Jordin Sparks

The night was capped off by Dua Lipa alongside longtime Puma collaborator, designer and songwriter Billy Walsh, who received the first-ever Collection of the Year Award.