The Roger Vivier designer re-created the interactive experience of his physical presentations with a film-cum-game starring Isabelle Huppert.

LONDON — Roger Vivier’s creative director Gherardo Felloni has built a reputation as one of Paris’ favorite showmen: At his seasonal presentations you are likely to be greeted by a go-go dancer sitting on a giant cake, enter rooms covered in pink fur, or travel in time.

For spring 2021, the brand decided against inviting guests to experience the Hôtel Vivier — a charming, multistory townhouse where its presentations usually take place — in its physical form, but Felloni wanted to bring the same experience to the screen.

“Since we are doing a movie, I thought we should go all in and take inspiration from movies, too. It’s basically an homage to all the different movie genres,” said Felloni, who looked at some of his all-time favorite films by the likes of Tim Burton, David Lynch and even Walt Disney.

He is bringing it all together for the label’s digital debut today, which is divided into six parts, each paying homage to a different genre and showing Huppert embodying a new character. 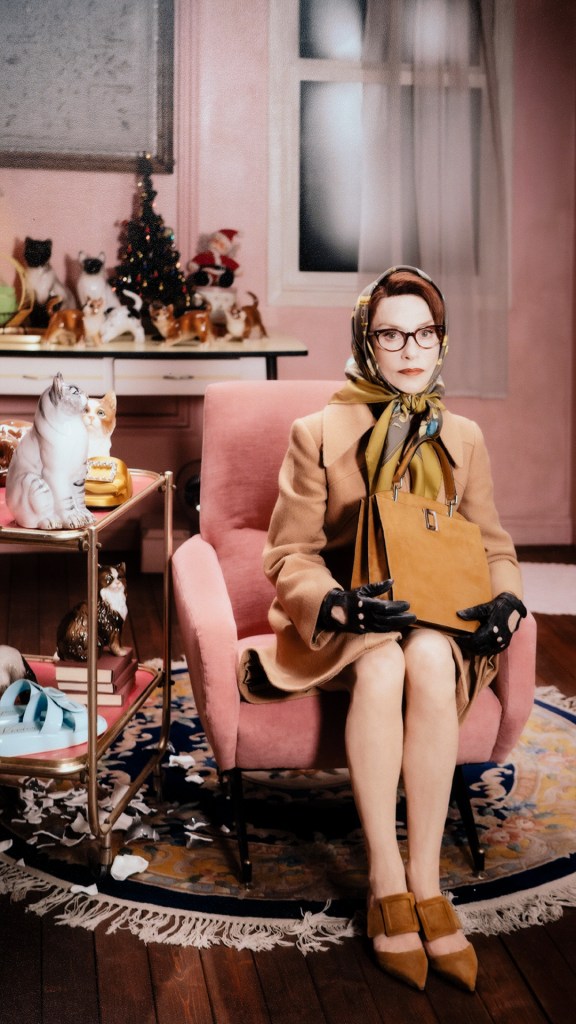 Viewers can answer questions posed by Huppert and proceed to the next part of the film, depending on their answers.

“If it’s game over, you just have to go back and try again,” joked Felloni.

His biggest goal was to keep the immersive, fantasy element his physical presentations were known for, alive.

“One of the most beautiful things of the Hôtel Vivier experience was the interaction with people, that’s why I had the idea to make this film interactive, like a game,” added Felloni. “I really needed a real actress, because it’s one role in six, and Isabelle Huppert is one of the most awarded actresses in French history. I also thought it was important to use a French actress to preserve the feeling of being a French maison in Paris, especially this season where people will be tuning in from all over the world.” 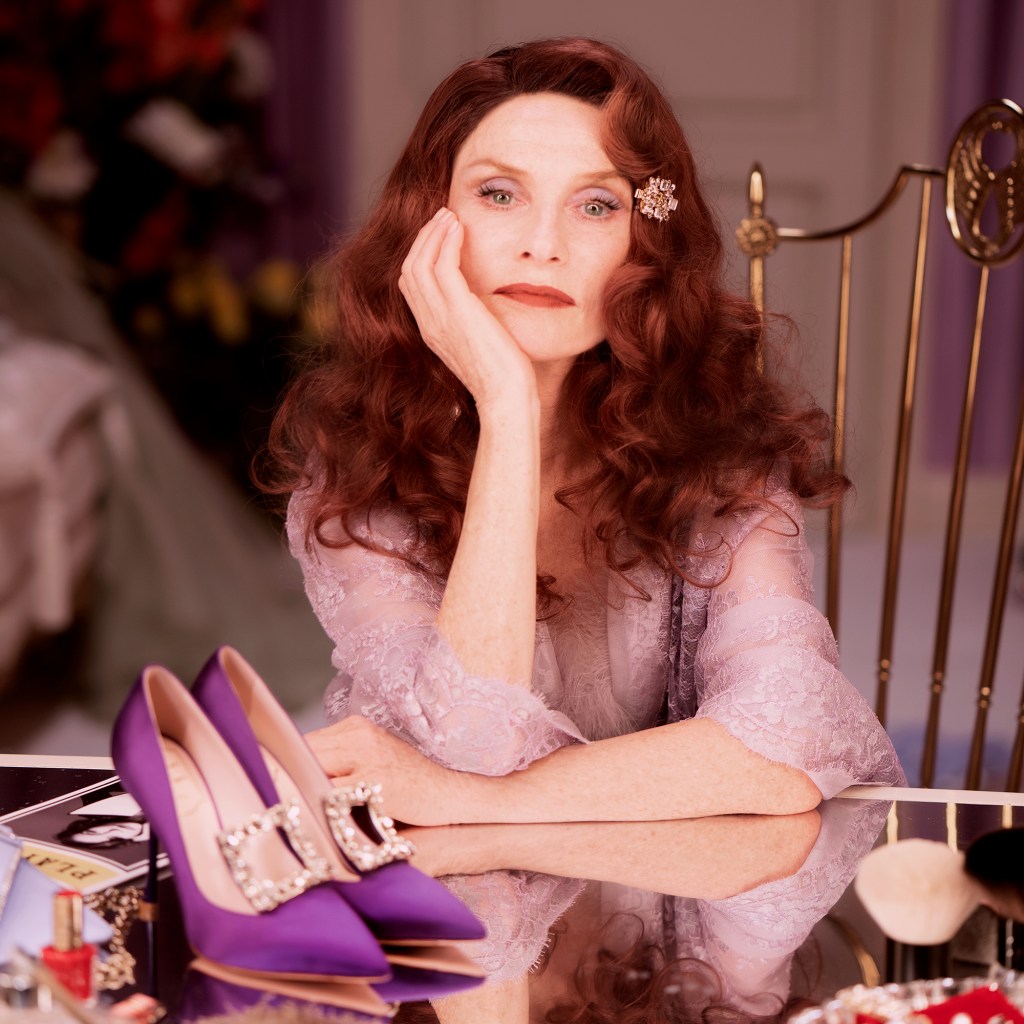 As for the shoes themselves, Felloni was inevitably influenced by the events that took place in the last six months, having spent much of his lockdown gardening in his countryside home.

“It’s normal that the creative process evolved in relation to what happened around us. It’s not the first time we’ve needed to change because something, let’s say strange, happened,” said the designer, who added everyday staples like flip-flops to his collection and elevated them with floral embroidery.

“The big news is our hand-painted leather flowers. It’s the most beautiful daywear embroidery,” he said, adding that while comfort and everyday shapes were always top of mind, he’s also keen to keep the brand’s fantasy elements alive. “You have to think about savoir faire and luxury, more than ever before. We might use kitten heels, flats or sneakers but always play with embellishment. You can wear something precious even if you’re staying at home.” 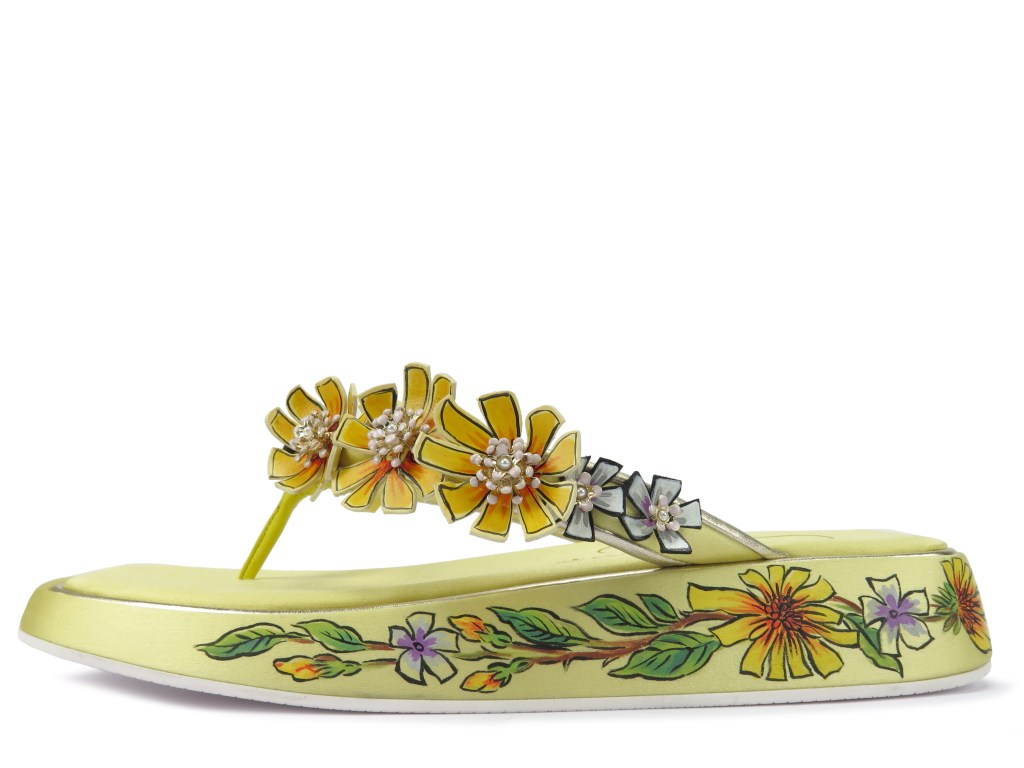