The Italian designer has created four capsule collections, each celebrating a distinct characteristic of the brand, which will be released throughout the year. 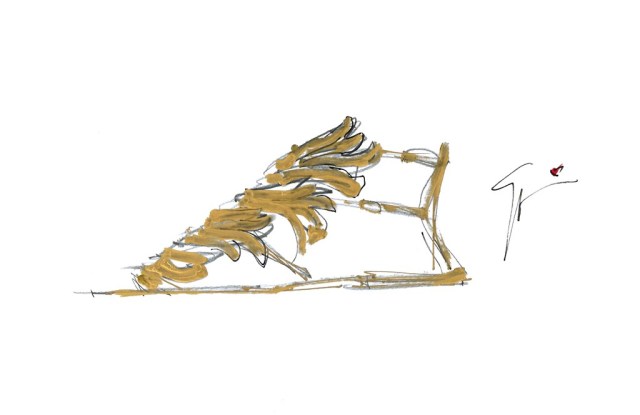 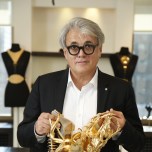 NEW YORK — Giuseppe Zanotti is turning 20 with a bang.

The Italian designer has created four capsule collections, each celebrating a distinct characteristic of the brand and which will be released throughout the year. The capsules are being released as Zanotti is benefiting from a significant new investor: L Capital, the investment arm of LVMH Moët Hennessy Louis Vuitton, which last December revealed plans to acquire a 30 percent stake in Giuseppe Zanotti Design.

The first collection, “Jewel,” an all-gold line of sandals inspired by past designs, will be released in June. Today, Bergdorf Goodman will hold an in-store event where customers can prepurchase the collection, with Zanotti making a personal appearance.

Reflecting on 20 years, the designer recalled his first trip to New York City. “I started in the Plaza Hotel, where I had a room for FFANY,” he said. “At the time, [the market] was very black, formal, rubber — it was a minimal style. No Jimmy Choo, no [Christian] Louboutin. But I started with stilettos that were superglam, superfeminine and sexy — and the business was a flop. For the first two or three seasons, it was a tragedy.”

Despite those initial struggles, Zanotti chose to continue designing his own collection rather than work for an already established house. “If they say, ‘I need a red pump,’ you cannot design a purple sandal,” he explained. “I have a clear and straight view of what I want. The great designers have their own personality and they put their DNA in the product.”

However, in 20 years running his own brand, Zanotti has had to make a few compromises, including a divergence from his beloved stilettos. “I was not so happy to design sneakers,” he said. “But somebody needs to wear them, because you need to feel more young, more contemporary, more cool. So, why not? I put all my elegant, formal, rock ’n’ roll, hip-hop and punk into a pair of sexy sneakers. Women and men love to touch new product that doesn’t exist. So the question is always, ‘What’s next?’”

Like many designers, Zanotti is constantly looking to the future — even when it comes to celebrating the past. Originally, his team suggested a retrospective book to celebrate the two-decade milestone; Zanotti refused. “I’m not dying yet,” he said. “A retrospective book feels sad. I thought it was nice to show the cardinal point of my profession with this collection. Every sandal has a name, and every name is a memory.”

Following June’s release of the “Jewel” collection, the “Rock ’n’ Roll,” “Black Stilettos” and “Disco” collections will be available in September, November and February 2015, respectively. “This is my anniversary,” said Zanotti of the capsule collections. “No fireworks. No party. No Champagne…but maybe some red wine.”