HeelBopps Strives to Save the Stiletto

The colorful twist-on polyurethane heel guards can be worn with thin heels, offering a widened base that stabilizes walking and dancing. 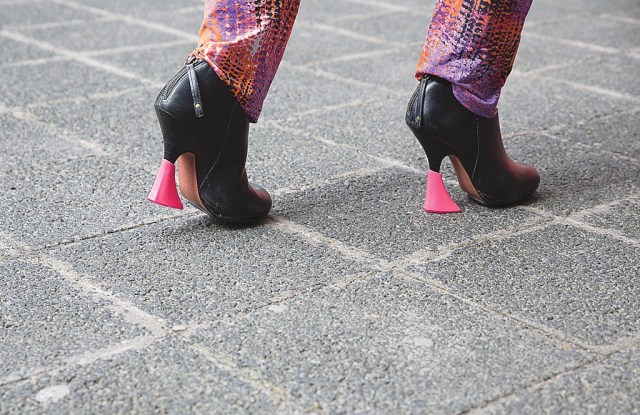 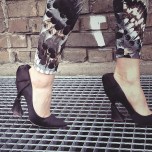 Lush lawns, subway grates and cobblestones are all the sworn enemies of high heels.

But Frankfurt designer Katharina Hermes thinks she can save the stiletto with her novel shoe accessory, called HeelBopps. The colorful twist-on polyurethane heel guards have a concentric star-patterned tread on their D-shaped soles for extra grip. They can be worn with any thin heels starting at 2.5 inches high and up to about a half inch in diameter, offering a widened base that stabilizes walking and dancing.

Hermes, who cut her teeth at Alexander McQueen and Mulberry in London and then created handbag and eyewear designs for Germany’s George Gina & Lucy brand, introduced her creation at Berlin’s Premium trade fair in June; the brand is now in 25 stores in Europe.

HeelBopps are priced at 39 euros, or about $53. Up next are Swarovski Elements-encrusted, metal studded and leather varieties, which will retail for 79 euros ($108) and be considered the line’s Glam Edition.