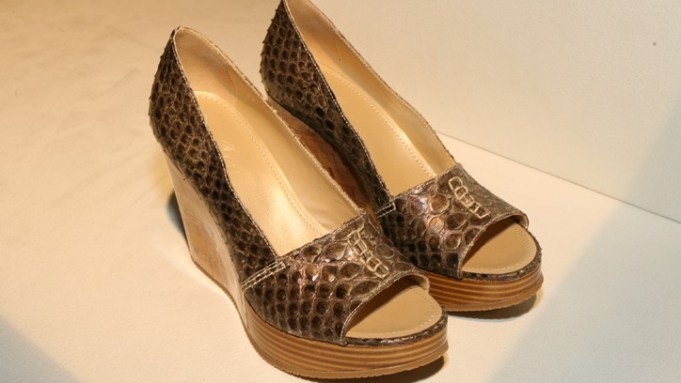 Thakoon Panichgul played by Hogan’s sporty/chic rules for his second capsule line and scored big points in the process. He took pure function the foil wrappers marathoners wear post race – and gave it great form, and “a shot of energy” in featherweight anoraks, one that hit at the hip, another at the thigh, that were treated and coated to a fine shine in hot pink, pearly white and foil-esque silver. Panichgul, who was taken with utility, said, “There’s something cool about it.” he said.

A similar idea – function plus fun  didn’t fare so well for the Hippie Logo collection, Hogan’s big spring push. Here, the focus was fringe and flash, blinding on iridescent metallic hobo bags that were embossed with the letter “H” and overdone-up with long tassels. Add in the sequined and fringed sneakers and it was way out of bounds.