The designer will release two styles next spring in collaboration with Melissa Shoes, the famous plastic shoe brand. 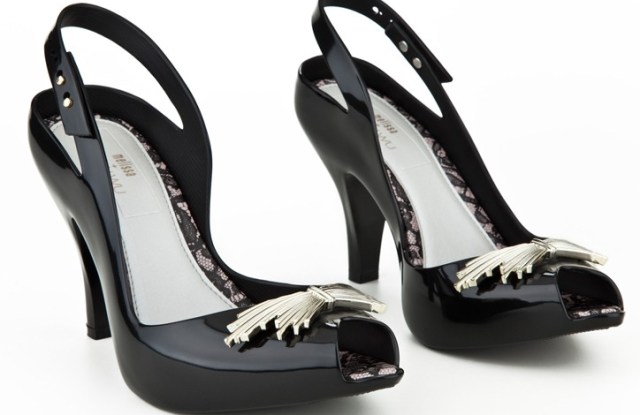 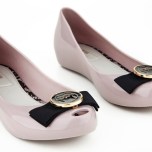 Jason Wu doesn’t have much in common with Gareth Pugh, Vivienne Westwood or Jean Paul Gaultier. But come spring, he’ll join the designers — all of whom have teamed up with Brazilian footwear manufacturer Melissa — when he releases two styles in collaboration with the famous plastic shoe brand. Wu, who launched his own accessories line last year, will be the first American fashion designer on Melissa’s roster.

“It was really interesting for me to explore design possibilities with plastic,” said Wu. “I wanted to take advantage of the materials I was given, make it all completely functional and waterproof and yet still remain extremely sophisticated.”

But rather than reinterpret his own shoe designs, the designer customized two of Melissa’s classic silhouettes: the Ultragirl ballet flat and the Lady Dragon peep-toe slingback. The latter features a gold sunburst accent pulled from Wu’s recent fall collection, while the former, also a peep-toe, is topped with a bow and his Miss Wu owl logo. “I’ve always loved the idea of oppositions in my work,” Wu continues, pointing to the contrast of injected thermoplastic and a luxe ladyfied look. And if you peek inside the shoes, there’s a familiar design element — Wu tends to line his shoes with strips of lace or snakeskin; here, the insoles include a lining that’s printed to look like lace. Both Melissa + Jason Wu styles come in black, burgundy, nude and transparent gray.

Wu will fete the collection on July 19 in São Paulo — his first visit to Brazil — with a brunch and cocktail party at the brand’s flagship, the exterior of which the designer will wrap in a cutout lace motif for the occasion. “This collaboration wasn’t just about them adding an American designer,” Wu says. “It was an opportunity for me to expand in Brazil, which is such a fast-paced growing country. It’s a way for me to reach out to a new demographic.”