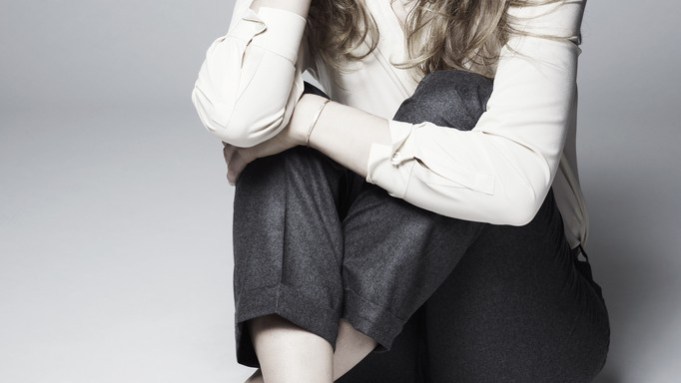 On Thursday night, the French luxury cobbler launched its first shoe collection for women, with a short film shot by French director Cédric Klapisch (think “The Spanish Apartment”) and a photo campaign featuring actress Isild Le Besco — the first in a series of steps to push the label’s domestic and global expansion.

The executive said his eyes are set on China, where the brand already operates stores in Beijing, Shanghai and Harbin.

“We will expand our presence there to eight, nine stores in the next three to four years. It’s cold there, and since our shoes can withstand anything, we are popular,” he said, adding that the brand is also “more focused on strategic places, such as certain avenues located in familiar cities, to improve visibility.”

Antignac disclosed plans to launch a new flagship on Paris’ Rue Saint-Honoré next to Hotel Costes in November.

“It will display a new visual concept, feature a special area for women as well as limited editions designed exclusively for the venue,” he said.

In addition, the boutique is set to introduce a range of new products to the J.M. Weston universe, though the executive would not divulge their categories.

“It will be our little Colette,” he said, referring to the concept store on the same street.

Starting a women’s collection was a ”no-brainer” in light of the “positive echo we have received from women interested in our men’s offerings,” continued Antignac, who expects to double women’s share of J.M. Weston’s business in the next four to five years.

“The fact that there is a growing trend toward androgynous fashion is pure coincidence. We do not follow trends,” the chairman insisted.

The new ladies’ line spans seven models, created by the label’s men’s shoe designer Michel Perry. Taking cues from the house’s iconic items, the shoes have a strong masculine feel with just a touch of femininity: The classic golf Derby plays with a flurry of perforations; the Moccasin marries cognac with burgundy, while a pair of jodhpur boots boast a higher heel.

“This gives them an air of rock ’n’ roll,” said Michel Perry, adding: “The idea throughout was to play with a humoristic note.”

The price for one pair, which takes two months to manufacture, ranges from 470 euros to 700 euros, or $663 to $947 at current exchange. The rather sober yet chic palette of petrol, olive and porto can be edged up with more vivid colors and exotic leathers via a customization service at the shoemaker, which produces in a small factory in Limoges, in central France, since 1891.

J.M. Weston currently counts 40 boutiques in 15 countries, 22 of which are freestanding.