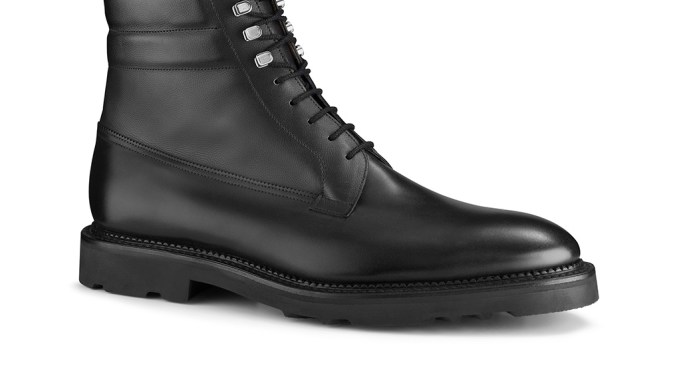 Paula Gerbase, now in her third season as artistic director for John Lobb, went back to the basics, introducing a tensile construction for increased lightness and comfort, plus quilted sock interiors, yet still retaining the footwear brand’s traditional last-a-lifetime Goodyear Welt stitching technique.

“It became almost an obsession to better ourselves,” she observed.

Detail was paramount — not least within the Balmoral group of walking boots which feature palladium hooks and eyelets based on an archival ski boot from the Forties, continuous “bellows tongues” for their waterproof properties, new rubber soles and a waterproof Moorland Grain leather construction. There are also new earthy color ways in the Levah plimsoles and she’s augmented the brand’s bespoke offering, the Artisan Series, too.