After five years in business, the sneaker brand has established a foothold through Europe and the Middle East and is developing a strategy for a U.S. entry.

Tommy Mallet has a tough decision ahead: He’s got to choose a retailer to launch his Mallet London sneaker brand in the U.S. next year.

Nordstrom, Saks Fifth Avenue and The Webster are primary candidates, one of which would get the exclusive launch rights for awhile, before the distribution widens.

“I’m ready to take it to the States. I’ve got the positioning and I’ve had some huge success in places like Harrods, Selfridges, Browns, Harvey Nichols and Level Shoes,” said Mallet, who in the five years since introducing his colorful sneaker designs with their signature metallic heel clips has his products selling at 60 retail companies (145 locations) throughout Europe — the U.K. in particular — and the Middle East and South Africa. His top retail doors are Level Shoes, located in the Dubai Mall and considered the largest shoe store in the world, followed by Harrods and Selfridges.

In terms of a U.S. launch, Saks is said to have the pole position, since it’s considered the market leader in designer sneakers, though Mallet isn’t expressing a preferred retailer at this point.

But Nordstrom has more doors than Saks, and Nordstrom’s roots are in footwear, a highly developed business and a main attraction for shoppers at the store. The Webster has a unique air of exclusivity, intimacy, sense of discovery, and a highly curated assortment where Mallet London could stand out.

With the U.S. retailers, “The dialogue will start to get hot as we get to December,” said Tom Ott, the former Saks Fifth Avenue merchant who, along with other former Saks executives Shawn Pean and Kathleen Ruiz, is helping Mallet formulate his U.S. launch. They’re advising him on sales, marketing, publicity and other issues.

Determining the launch store boils down to “the level of commitment from the store — which one buys the brand with conviction and represents it in a competitive way that shows they believe in the brand,” explained Ott, who started the Retail Czar fashion web site this year.

“It’s about the physical space in stores — how much — where does the brand sit adjacent to others on the selling floor, and the online presence,” Ott said. “It’s how they would position the brand against other French and Italian sneaker brands. Creating the right launch isn’t about volume. It’s about positioning. Tommy has a good understanding of branding and is all about getting into the right stores and positioning, as opposed to pure dollars.”

Mallet London sneakers are available to Americans through the brand’s web site, through Farfetch, and on the web sites of Harvey Nichols, Selfridges and Harrods.

Though no U.S. stores sell the brand yet, “We’ve already got a good following in America,” said Mallet, noting that this year’s collaboration with Coogi, the Australian knit brand, generated attention. Mallet, himself, has become the personality behind the brand, though he said that was never his intention. “There’s no way I planned to be the face of it. But I like to share everything I do on social media and put a lot of messages out there, to spread a lot of positivity.” 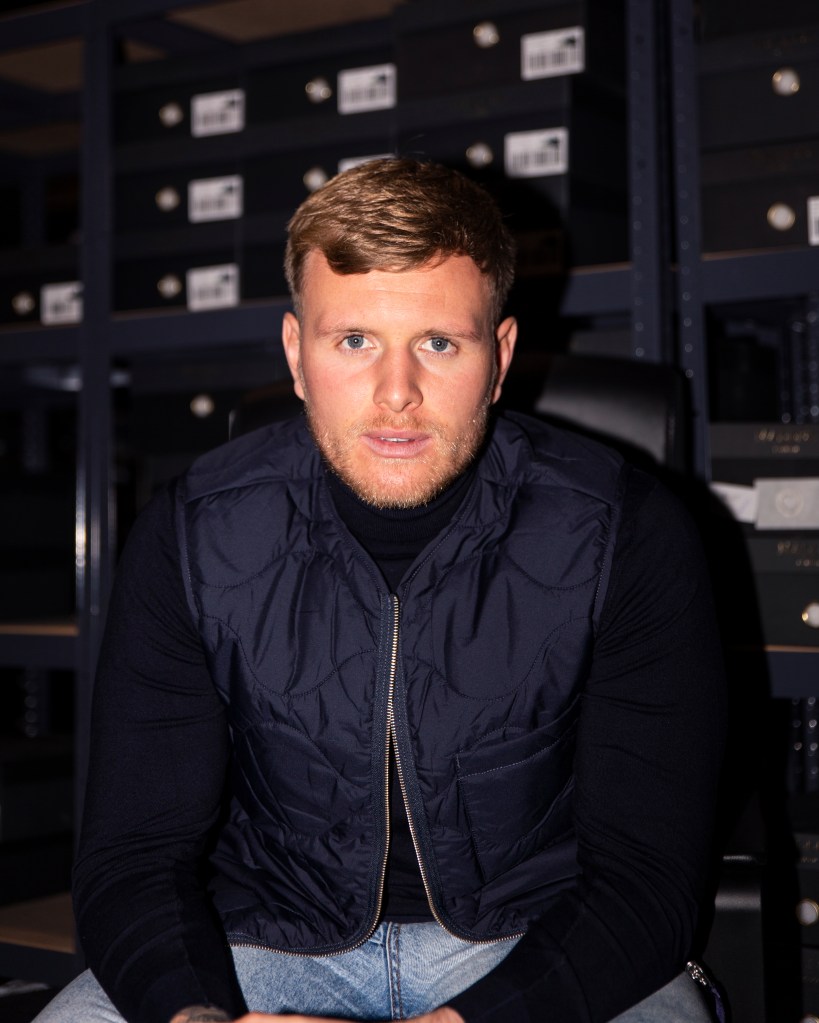 The 28-year-old Mallet built his footwear business despite having no formal design training. He grew up in North London, in what he describes as a rough part of town, and struggled through school due to his dyslexia. He enrolled in architecture college, dropped out after two months, and held randoms jobs he never felt passionate about.

He got lucky when a casting director got him in a part on a reality TV show “The Only Way Is Essex,” putting him in the public eye temporarily, so he wasn’t a complete unknown when he started his sneaker business. With no career and barely able to pay his bills, Mallet, long a lover of footwear, one day decided to design his own. He sketched a sneaker and asked his friend (and still partner) Evren Ozkarakasli to manufacture the first prototype through his access to factories. The idea was to create custom shoes for himself but when he saw the finished products, he saw a business in the making.

He started with only five stockkeeping units, a lot of ill-fitting shoes, a leaky warehouse and a web site crash, but persevered. Five years later, the brand now has more than 100 sku’s in 16 styles and a variety of colors. The sneakers are priced mostly from $250 to $300.

He characterized Mallet London as a “midsize brand soon to be a very big big brand,” though he declined to disclose volume figures. “The footwear market is growing and growing. I don’t see it slowing.” 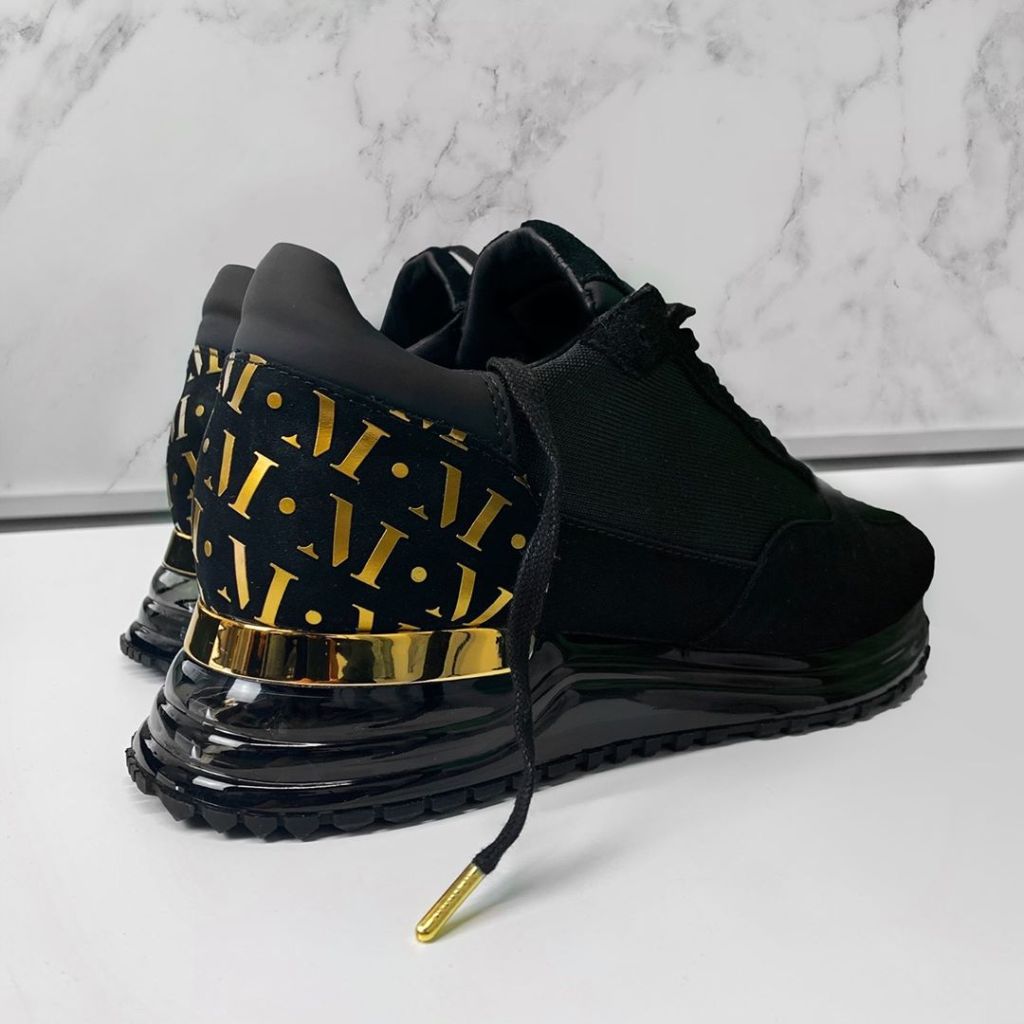 The “Popham” sneaker with a gold heel clip is a bestseller from the Mallet London collection.

“What’s really great is that Tommy brings a British sensibility — that urban London feel. It’s super cool and fresh, and distinct from the Italian sneaker brands and brands in Paris,” said Ott. “His use of color, silhouette, mix of media bringing fabrics into the sneaker designs, is all really novel. He’s a great connoisseur of iconic Nike silhouettes. He’s influenced by many but copies none. He’s quick to react, nimble and can turn a sample out from initial sketch to a prototype in a month. Tommy is a maverick.”

The signature heel clips, while resembling metal, are actually lightweight plastic. They don’t affect the feel or fit of the shoe but are statement details molded into the sole. His sneaker designs incorporate matte leather and mesh, and silver and gold lace tips, as well as gels and foams, adding comfort.

Typically, Mallet London sneakers in stores are displayed near such French and Italian designer sneakers as Gucci, Balenciaga, Tod’s, as well as Alexander McQueen, though Mallet said his sneakers are on average priced about 40 percent less than other European labels.

“They’re luxury everyday wear, not performance sneakers,” Mallet said. But soon, “We’ll be releasing a small performance line as a test. We will give our top 100 customers a preorder opportunity. This is a whole different deal from competing with luxury brands.” Instead, he’ll be competing with the handful of performance brands that dominate the market.

Mallet recently introduced jackets, hoodies and T-shirts to the collection, but for the U.S. entry, “we will find our footing first with footwear,” he said. In the works is a capsule collection of higher-priced styles, just for the U.S., which should represent about a quarter of the U.S. collection.

Mallet doesn’t operate any of his own stores, though he wants to, when the economy in London gets better. He said he envisions stores with workshops where kids could learn how to make footwear.

“Personally, I’m self-taught. Everything for me was more pen to paper to start with. Any kid can teach themselves how to do this, but it takes a lot of dedication and hard work. For four hours every day, for two-and-a-half years, every single day, I would sit there and learn and learn. It’s been a big journey — an amazing one.” 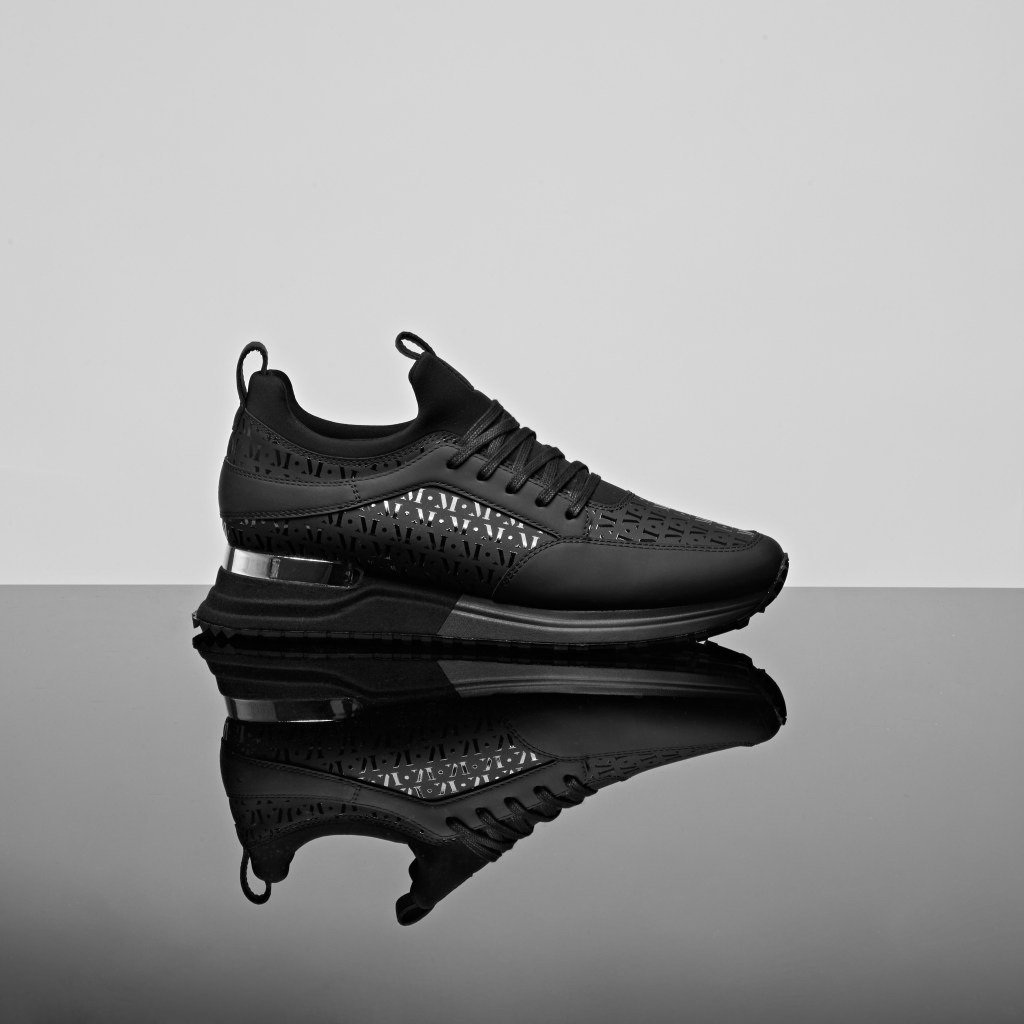 The “Archway” sneaker from Mallet London.