The promise of 3-D printing — and its potential for ushering in a new era of mass customization in the fashion industry — has received more than a little talk. A rare example of a consumer brand walking the walk comes from Tennessee-based footwear brand Feetz, creators of custom-fit, 3-D printed woman’s flats made with the help of an iPhone app that scans feet within two millimeters of accuracy in less than a minute.

“It’s like a knitting pattern, but instead of knit, it’s in 3-D printing,” said founder Lucy Beard of the textured upper chosen for her company’s shoes, initially available to customers through a digital lottery going public today.

Though the shoes themselves are casual and understated, the technology used to create the woven appearance of the start-up’s first commercially available products represents new thinking in 3-D printing and computational design, said Francis Bitonti, a 3-D printing pioneer whose New York-based studio collaborated with Feetz on the project.

“We weren’t able to produce this with any off-the-shelf software so there was a lot of material and design development, but also software development that went with that,” he said.

Beard, a former Zynga employee who was recently named one of Fast Company’s “Most Creative People in Business,” estimates she and a team of less than 10 tried some 30 designs over more than two years before landing on the right formula for the flexible polymer it calls NoogaFlex (after the start-up’s hometown) using synthetic, rubber-based material that’s breathable, water-resistant and recyclable.

“It kind of feels like a sock. It hugs your foot,” Bitonti said of the material he helped develop.

Made from a 3-D model generated by three images taken with the mobile app, each pair of shoes is custom-fit not only to the size of the wearer’s foot but also the foot’s overall shape, including its arch and toe bed.

Beard said the digital lottery system for the first 100 pairs — dubbed the Feetz 100 and available in two women’s styles with six custom accent colors for $199 — will remain open for entries through Monday. After that, selected recipients will receive numbered pairs produced in about three hours, finished and shipped within a week. A men’s shoe is currently in development and expected to become available later this year.

Said Beard, “We’re starting with one black casual flat because that’s the most requested thing and we’ll expand from there.” 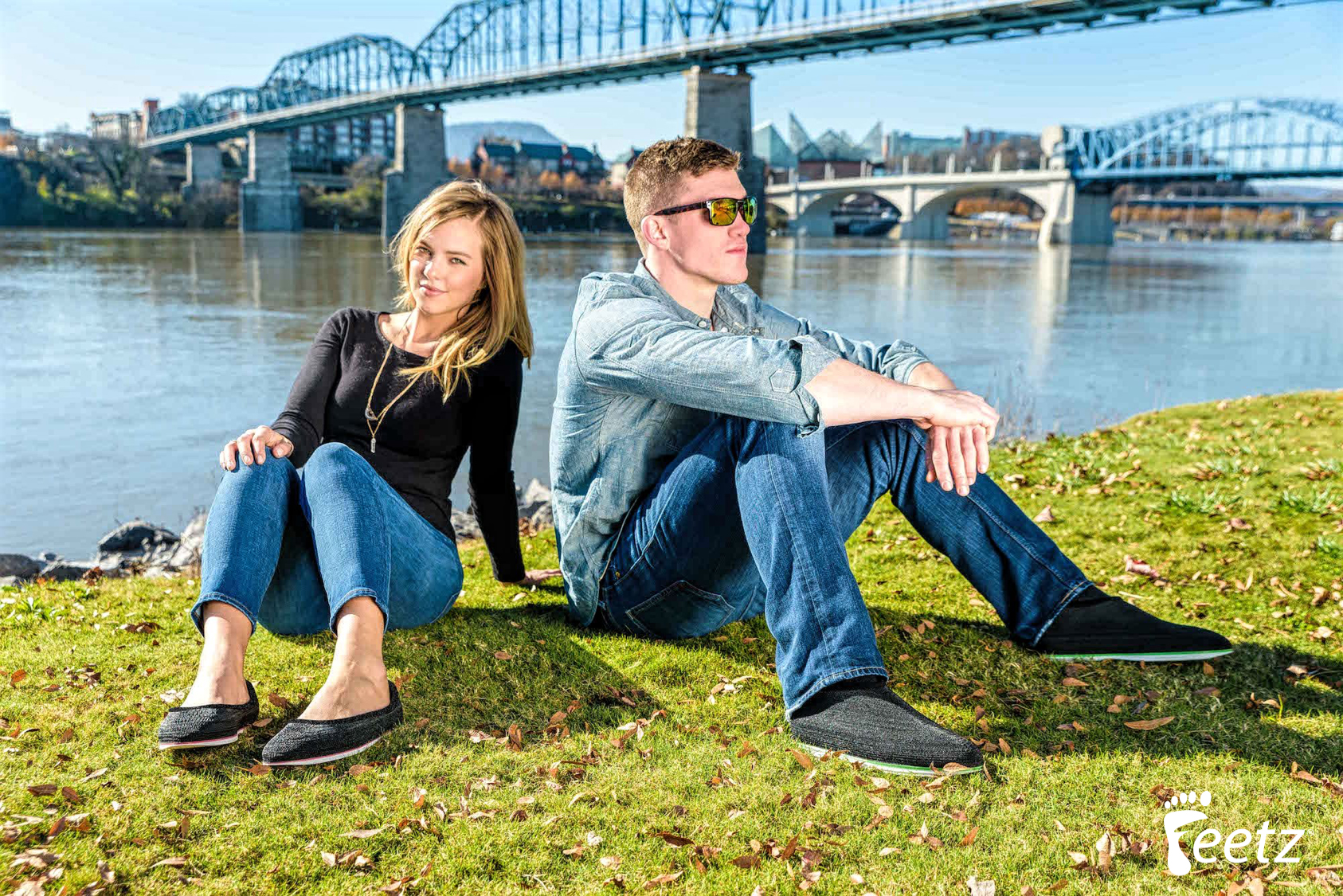 An advertisement from Feetz featuring their custom fit, 3D flats. 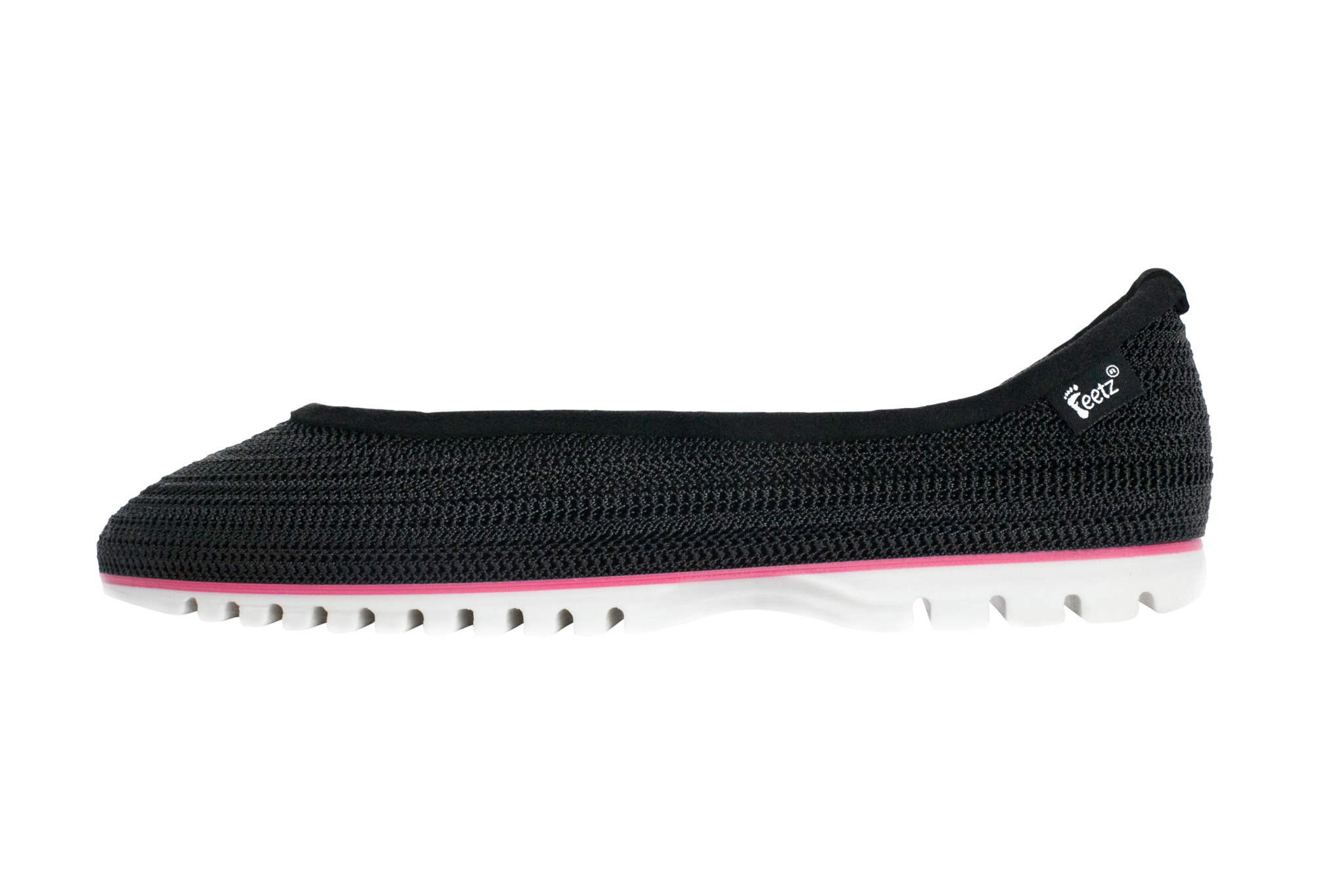