Muaddi, who also designs shoes for Alexandre Vauthier and Fenty, created a 10-piece disco-themed capsule for the German retailer.

According to Massimo Bonini, developing exclusive capsules for selected retailers will be key for luxury accessories brands.

LONDON — As online retailers forge ahead and try to keep servicing customers confined to their homes, Mytheresa.com is readying the debut of an exclusive capsule with footwear designer Amina Muaddi.

Muaddi has designed a 10-piece capsule for the Munich-based e-tailer that is set to launch Wednesday online. It reinterperets some of the label’s best-selling styles with glitter, animal print and plenty of bright color, true to her decadent aesthetic.

The capsule includes new versions of Muaddi’s Gilda mules and sandals in yellow leopard print or pink PVC and crystal bow embellishments; a pair of the brand’s platform sandals reworked in metallic blue, as well as a new version of another sellout style, the Lupita mule done in gold and a neon yellow cone-shaped heel.

“The capsule is disco-themed and inspired by the glamorous nights at Studio 54 in the late Seventies and Eighties with muses like Debbie Harry mixed with the attitude of the modern dancing queens of today. It’s fun, funky, sparkly, sassy and feminine. These are shoes you put on and dance the night away,” said Muaddi. 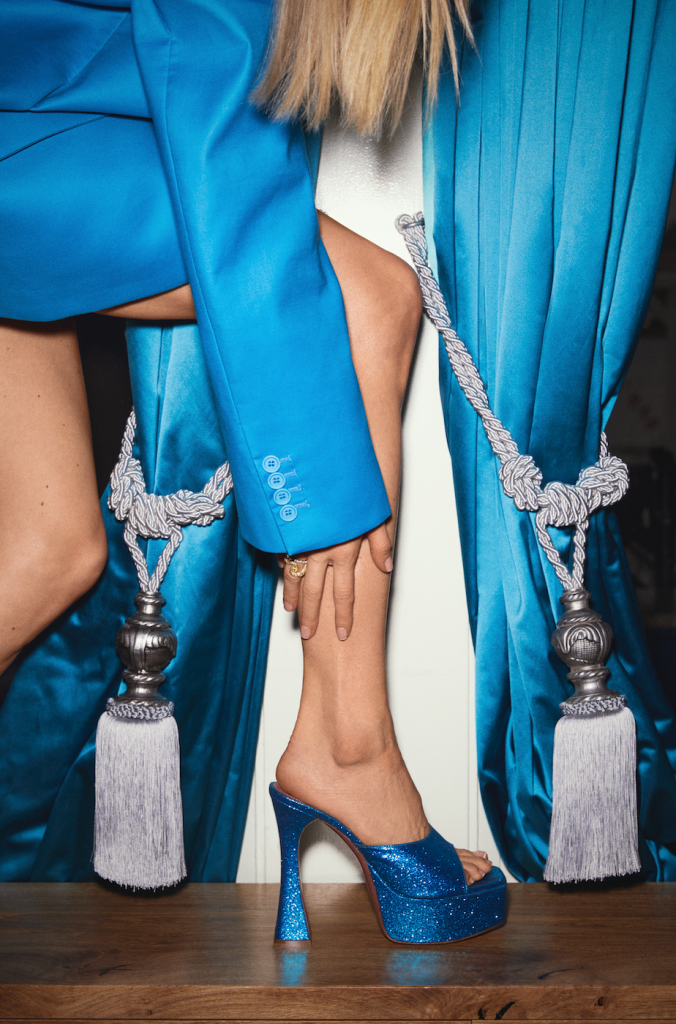 Muaddi, who launched her namesake label just over a year ago and experienced instant positive response from retailers, fans and celebrities alike, added that producing exclusive capsules for her retail partners is a key part of her strategy.

“It’s always a good sign when our retail partners ask us to do a special capsule because it’s a commitment on both sides. It proves that they are believing in the brand and are interested in promoting it to their audience. I have to customize my work for them, while they have to give it the required attention,” said Muaddi, who also designs shoes for Alexandre Vauthier and Rihanna’s Fenty.

“It’s a bond and partnership that gets built between the two and usually a symbol of a long-lasting relationship. But it’s important to me to keep them exclusive. I don’t like doing capsules all the time; we plan them ahead, with a big time distance and with a different theme and style for each.”

Exclusivity has been part of Muaddi’s success formula, as she chose to go down the see-now-buy-now route from the get-go, keeping a strict no-photo policy at her showrooms and publicizing new styles only when they’re ready to drop in stores. 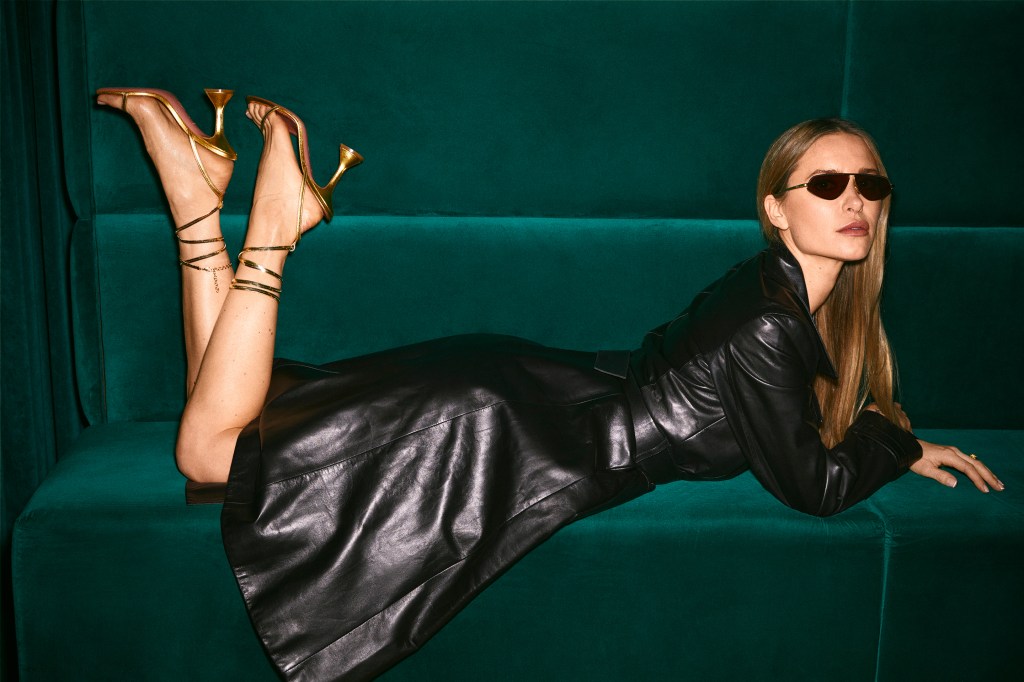 “I didn’t wish for women to see the product before they were able to buy it. In this time, everything moves so fast, we get bored of things and move on to the next with such speed and I don’t like that. I wanted my product to be timeless and desirable. So having a see-now-buy-now brand paid off, even if it wasn’t easy to [establish] with my wholesale retailers, who weren’t used to it,” said the designer, adding that she never takes for granted the long waitlists or fast sell-throughs of her new-season drops. “I work hard to create products women will enjoy wearing. All I care about is that they feel good and confident.”

The collection is also accompanied by a campaign featuring Danish influencer Pernille Teisbaek, who modeled and art directed the visuals. 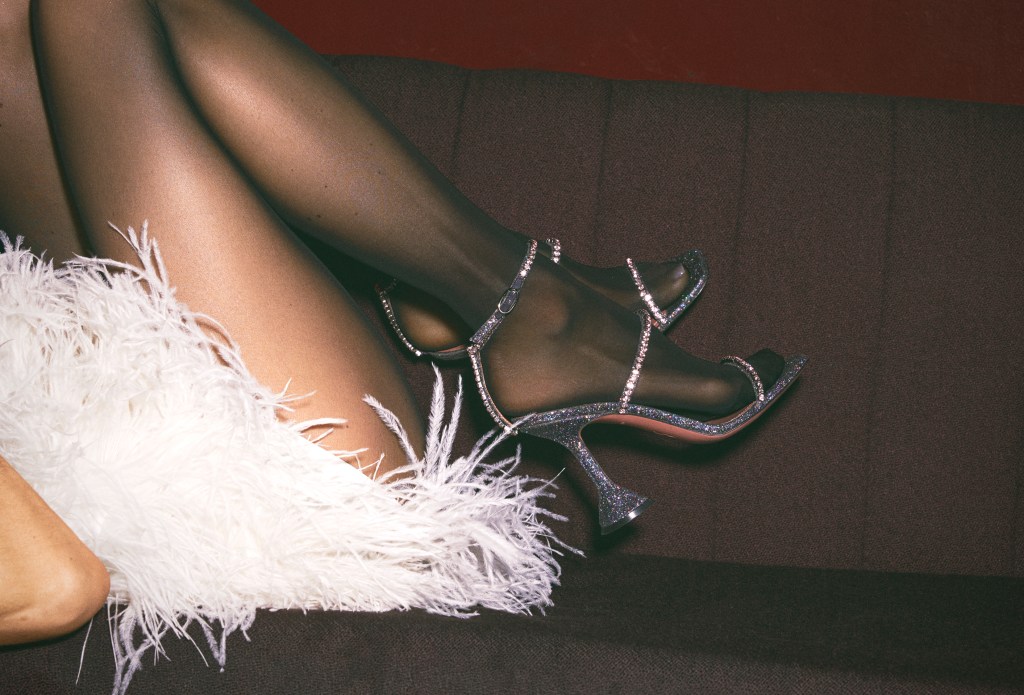 Muaddi said she chose her for her obvious good looks but also what she represents as a professional and a mother. “What I like the most about her is that she is not scared of being vulnerable and expressing her struggles in balancing all of that. It’s OK not to be in control of everything and still manage to handle what life throws at us. I think this is an important message for women,” she added.

Next up for Muaddi’s label is the launch of new product categories for fall 2020 and her first brand collaboration, as well as the debut of her first designs for Fenty this June.