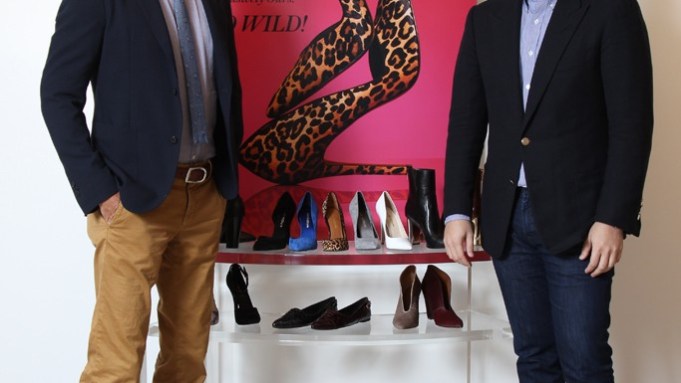 NEW YORK — The worlds of media and fashion are converging.

Nine West, The Jones Group Inc.-owned footwear firm, has partnered with InStyle magazine to create a capsule collection of fall shoes, which will be available for purchase in August. The move signals a new frontier for both parties, and potentially another revenue stream for InStyle — which also just signed a deal to do a line of women’s shirts.

“We’ve done collaborations before, primarily with designers and influencers, but this is the first time we’ve ever collaborated with a magazine,” Richard Dickson, The Jones Group’s president and chief executive officer of branded businesses, told WWD from Nine West’s bright offices in Midtown here. “Out of all of them [magazines] that would have been possible, InStyle certainly was the best magazine we could have ever hoped to do it with — particularly because their reach, their skill set, their understanding of the consumer and their point of view fits in particularly well with Nine West’s positioning.”

The idea for the shoe collection, which ranges from $79 to $149, materialized — as many things do in the fashion industry — over dinner during at Paris Fashion Week.

Dickson said he and the InStyle editorial team began talking about trends in footwear, and soon realized that a marriage of the minds would be “innovative” for not only Nine West but also for the fashion publication. The teams then came up with 10 styles in 26 colors and materials, including single sole cutout pumps, polished deep-V wedge ankle booties and men’s wear-inspired flats. The limited-edition collection makes use of materials ranging from suede and calf hair to patent leather, and it is branded in the shoe as a “9W InStyle” collaboration.

“We thought this would be a great opportunity for us to translate our brand values into these chic wardrobe statements,’” said InStyle editor Ariel Foxman. “Honestly, it’s really a wonderful way for us to develop this brand new revenue stream that’s well within our core brand values.”

Collaborations with brands might be new for InStyle, but they aren’t a novel concept in the magazine world. In recent years, Bon Appétit introduced kitchenware that it sells through HSN, while Elle magazine has clothing and beauty lines. But overall, deals with major fashion brands are rare, which is why InStyle’s Nine West agreement stands out.

To market the collection, InStyle will devote a 12-page editorial booklet in its September issue. Consumers are invited to post an Instagram photo of themselves wearing their shoes with the hashtag #9WInstyle, and the editors will select the most stylish look and feature it in the magazine.

Nine West added that it would offer the line for pre-sale on its Web site from today and at select Nine West stores in the U.S. and Canada on Aug. 16.

“For us it [the collaboration] brought the credibility that InStyle has, as well as their point of view to our brand,” Dickson said. “Ultimately, to have Nine West break ground with a publication like InStyle is a great milestone in the brand’s history. I think also it is representative of the new way of marketing the brand to be more culturally relevant and more appreciative of the right style at the right price at the right time….It’s been easy, fun and informative. We’ll see where it goes from here.”

The shirts are available for $59.99 at shopinstyleessentials.com. They will be featured in the September issue that goes on sale Aug. 16 and will be available for an indefinite period. The shirts use a patented sizing system by TrioFit. InStyle declined to disclose sales projections.