Carlotta De Luca, who in 2011 launched Charline De Luca, is making a comeback with Maria Luca, produced and distributed by OLG.

Carlotta De Luca is making a comeback with a new footwear line.

Founder of Charline De Luca, which was launched in 2011 and discontinued in 2016, the Roman designer, who actually never stopped working in the industry as a shoe consultant for various brands, is presenting the second season of her new Maria Luca brand.

“I was not really planning to launch a new brand,” said De Luca, who graduated in architecture from the New York Institute of Technology and, after working at Fendi in the store design team, obtained a shoe design master’s degree at London’s Central Saint Martins. “When I decided to close Charline De Luca to focus exclusively on consultancy projects I worked for several brands and I also met with OLG to present them a project for one of their labels. They liked it so much that they offered to invest in my own brand and I couldn’t say no.”

Even if Charline De Luca found immediate success and it was well-received by press and buyers, the designer felt that managing an independent label on her own had become too much, especially after becoming a mother. “I was spending most of my time dealing with bureaucracy, invoices and payments, rather than focusing on designing shoes, which is definitely what I like to do,” she explained.

Through the new licensing partnership with OLG, the designer can finally dedicate herself to the creative process, leaving other duties to the manufacturing company. 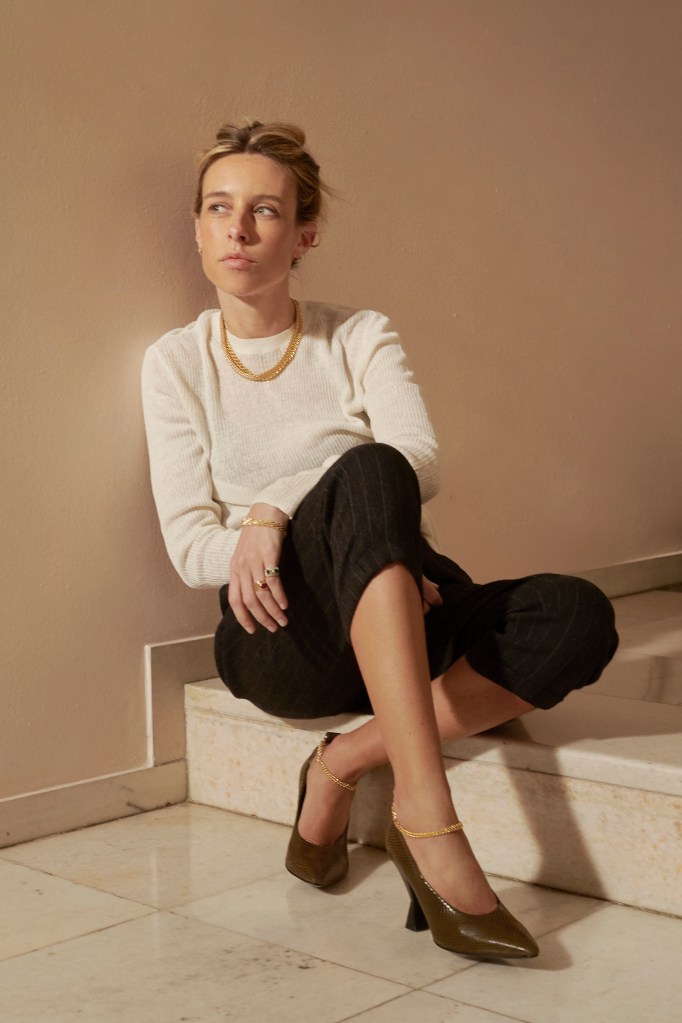 Presented to buyers just a few days before the breakout of the coronavirus pandemic in Europe, Maria Luca was supposed to be officially launched with an event during Milan Design Week last April, but the coronavirus emergency forced De Luca and OLG to revise their plans.

“Even if I couldn’t go to Paris in February since I was coming from the factory, which is located in one of the first red zones in Italy, we were able to make the sales campaign there and the collection was well-received by buyers,” she said.

Defined by essential geometric shapes, Maria Luca’s ballerinas, pumps and sandals stand out with discreet jewelry details, including anklets, usually decorating only the left shoe. “The mantra of the brand is ‘Put your left foot forward,’ that is an invite to women to leave their comfort zone and take some risks,” she explained.

For spring 2021, De Luca offered her own take on the signature Capri sandal, reinterpreted in different variations, from the style featuring straps to tie around the leg to the famed thong option. In keeping with a modern sustainable approach, all the designs are crafted from deadstock leather, already available at factories’ warehouses.

Inspired by the bijoux appearing on the shoes since the first collection, necklaces, bracelets and anklets are now for spring becoming part of a stand-alone capsule collection.

Positioned in the luxury segment, Maria Luca has been developed to offer competitive prices on the market. “Our bestseller so far, the ballerina, retails at 360 euros,” the designer said.

In terms of commercial strategy, De Luca and OLG will focus on quality rather than quantity. “The goal is to be present in one or two high-end shops in the most important locations,” she explained.