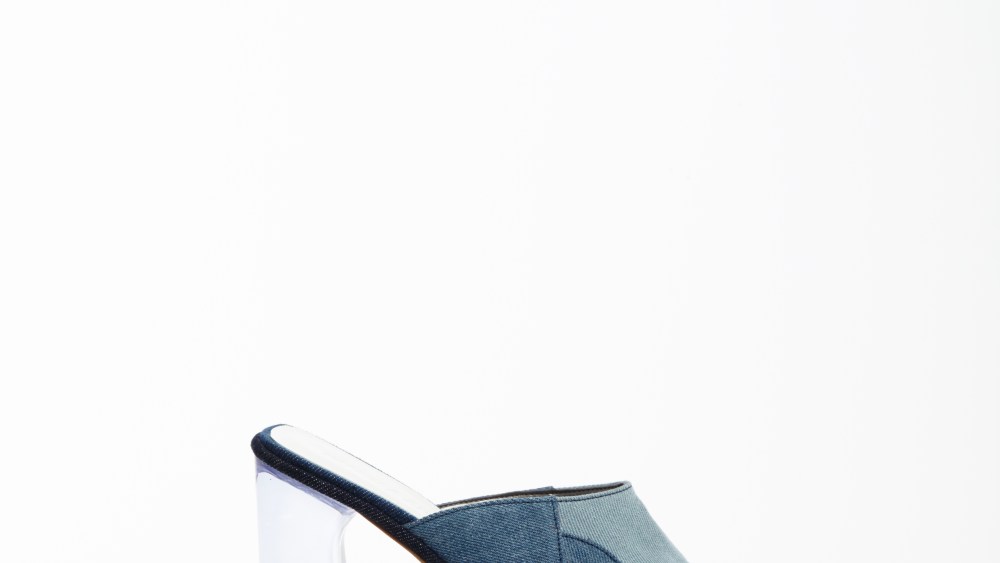 Pamela Anderson’s ice-blonde hair, cantilevered figure, and sharp sense of trashy-chic are poised to make a return to fashion. The “Baywatch” actress — who has taken a near decadelong break from the public eye — has teamed with French accessories designer Amélie Pichard on a vegan shoe and bag collection inspired by her love of Malibu and Saint-Tropez.

As the Nineties continue to grind out a trove of inspiration for fashion hounds, Anderson feels that her return to the style fray is well-timed. “It’s great to have this reemergence [of the Nineties]. It’s good for me, too, for my career, to sustain myself, to do fun activism projects like this,” Anderson said of the decade’s reclaimed pertinence.

The actress — a vegan of 20 years who had long been toying with the idea of creating a vegan line — found Pichard through Instagram, where the French designer often posts throwback images from Anderson’s beachy pin-up days.

Pichard — whose five-year-old label has gained a cult following for its hybridized brand of kitschy sophistication at stores including Dover Street Market and Le Bon Marché — considers Anderson one of her pinnacle muses, and had named one of her pump styles ‘Pamela’ in her honor before their meeting.

In May, the two convened at Anderson’s Malibu home to discuss concepts and creation. “She was very cozy in mini shorts with very natural hair, no makeup, just her long nails and without shoes. Everything in her home was just bright white,” Pichard said.

Though Pichard’s prior designs are not exclusively vegan, she felt the conversion was a worthy challenge — which proved most trying in the material sourcing stage. “I went to London, where they are very involved in vegan and sustainable fashion. It was about finding materials in plastic that are cool, not bad for feet or for the planet,” she said. “The most important thing was about the lining, it was the most complicated thing to find — our lining is breathable and antibacterial.”

Their meetings have resulted in seven shoe styles and singular beach bag design — all fabricated of nontoxic and breathable plastic, cottons, acrylics and rubbers sourced in France and Italy.

Added Pichard: “For me, it’s not just another collaboration, [Pamela] has helped me launch my second line.”

The designs will make their exclusive debut at Opening Ceremony Los Angeles on Dec. 10, priced from $490 to $950. Retailers including Colette and Ssense will begin selling the collection in January, and Pichard plans to show the designs to buyers during this approaching Paris Fashion Week as well.

David LaChapelle has signed on to photograph Anderson in the collection for a promotional campaign, and approximately 50 percent of the collection’s net proceeds will benefit The Pamela Anderson Foundation.

After the launch, Pichard says she plans to begin investigating commercial real estate in Paris for her first stand-alone store. “The next step would be a shop. As my universe is very strong, I want to have my own shop in Paris — it would be a concept store, not just a place to buy shoes,” she said. The designer, whose annual wholesale accounts amount to approximately 140,000 euros, or $157,700 at current exchange, says she is seeking investment to help expand her operations.