A signature velour indoor slipper from Italy’s Friuli Venezia Giulia has in recent years become a distinctive trait of the Milanese chic way of dressing.

With her brand Papusse, Carlotta Minuto, a former merchandiser at Ralph Lauren and Giorgio Armani in New York, wants to take the style global, by expanding its international presence through online sales and select retailers.

Crafted by artisans based in the North Eastern Italian region using cotton velvet sourced in Tuscany, the slippers — traditionally called friulane — are modeled after shoes rather than indoor footwear, with the outer sole featuring a signature tire pattern crossed by multiple stitching to enhance breathability. “At Ralph Lauren I learned how to think about items that people would want to wear everyday,” Minuto said.

“My aim was to elevate the shoes, create a luxury version and make a brand out of them. There were other options but they looked cheap and I knew artisans who could craft them in a luxurious way,” she added. “Although they are traditionally aimed at indoor use, the friulane [slippers] can add a cool factor to the look.”

Available in a range of colors including orange, bright green and midnight blue, the shoes retail at 85 euros and 65 euros for the adults and children versions, respectively, and come with an engraved Made in Italy mark on the sole. The price reflects the value of the item, according to Minuto, who explained she has been “growing the brand first, rather than sales volumes, as artisans can produce only a limited amount of shoes.” 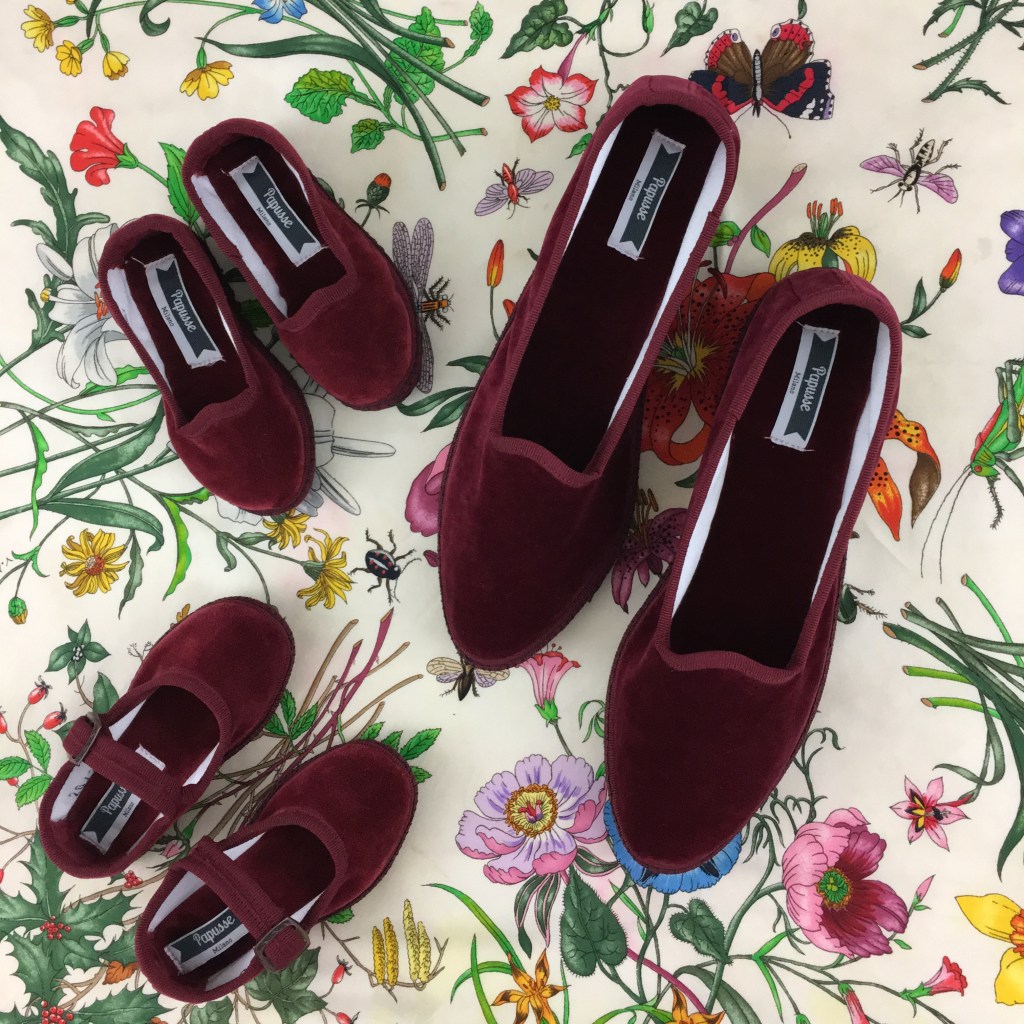 The Papusse slippers in the adult, junior and children sizes.  Courtesy Photo.

“I don’t want the brand to be necessarily associated with a product but rather to a philosophy. What I think I’ve managed to do is to get rid of local references and inject a signature Milanese taste in this item. I want the brand to be linked with a certain taste,” the founder explained. A seasonless and genderless approach, as well as a no markdowns policy, helped her “keep the integrity of the brand,” she noted.

Papusse was established in 2015 at the same time as Expo was reshaping the city of Milan. “There was a great energy in town, which made me think I had a possibility to succeed,” Minuto explained, adding that she was on maternity leave then and she started to get interested in social media and the digital world. The brand’s and Minuto’s Instagram accounts count more than 83,000 and 138,000 followers, respectively, at press time.

“Fashion is becoming more and more democratic, thanks to digital platforms. There was a time when people got tired of retail and that was when a number of young labels with a new approach were born,” Minuto explained. “Today people get easily bored of doing browsing and window shopping, much of the research happens online.”

As a footwear company whose main business comes from online sales managed through the brand’s e-commerce platform, Papusse ships to 26 countries, including the U.S., Japan and Australia, in addition to European countries. Minuto noted that “the strategy behind this approach was to be immediately available.”

In the mid-term, Minuto is committed to expanding her wholesale structure as well, especially in the U.S. The label is available at a number of apparel stores where “the Papusse styles can stand out,” including luxury shopping destination Aerin in Southampton and East Hampton in New York; Palm Beach in Florida, and the recently inaugurated Melrose Place temporary shop in Los Angeles.

Despite targeting the U.S., Minuto explained Italy still represents the most relevant market, in addition to the U.K. France, Germany and Switzerland.

Although the friulane slippers have been key to Papusse’s success, Minuto said in the future her goal is “to expand the range with additional timeless designs, things that I love, in which velour will still play the main role.”

Inspired by the American companies’ attitude toward charity initiatives, Papusse has also supported a range of nonprofits helping underprivileged children. “How can I make my products meaningful?” Minuto recalled asking herself.

For instance, last year the brand got noticed by Yoox, which commissioned a special-edition slipper to be sold on its Yooxygen platform. Crafted from wax printed cotton from Ghana, the sale of the items has benefited nonprofit OAfrica, a charity established in 2002 by Vogue Spain’s former fashion director Lisa Lovatt-Smith, which supports children in need in the war-torn African country.