Casual and craft were watchwords for the fall men’s footwear presentations. 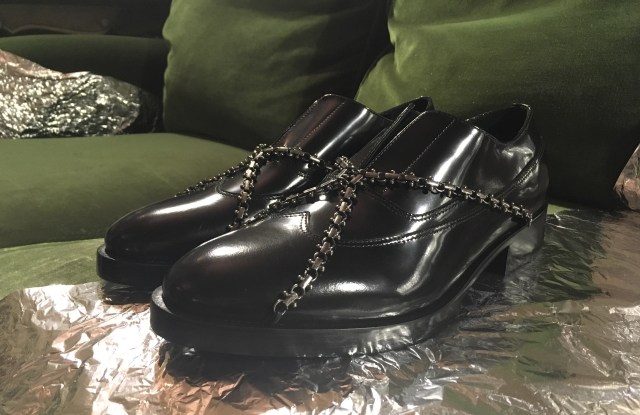 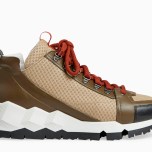 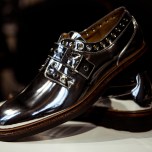 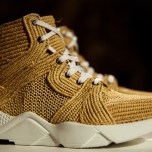 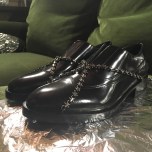 Casual and craft were watchwords for the fall men’s footwear presentations.

Paula Gerbase of Hermès-owned John Lobb tapped into the brand’s sporty archive, evolving her popular Levah sneaker into monk straps and boots with the same EVA soles. She also unveiled a bespoke group of seamless styles molded on a specially created last — a process, she said that took some 18 months to perfect.

Paul Andrew gave his signature striated sole creepers a high craft makeover with a graphic python skin upper. It had been hand-painted in the designer’s seasonal shades of red, black and white. The treatment was also applied to jodhpur boots and Chelsea styles.

The hybrid shoe as seen on the Louis Vuitton catwalk — Kim Jones’ hiker/Western — was also evident at Pierre Hardy and Clergerie. Hardy did a sneaker/dress shoe in leather with Neoprene accents, while at Clergerie, David Beauciel created a high-top sneaker with upper done in the label’s signature, craft centric raffia. It was woven by “old ladies in Morocco,” he said. The rest of the process took place closer to home in Romans-sur-Isère. Hardy also offered an even more extreme take on his futuristic Comet sneaker. Dubbed the Hyper Comet, the new high top came with the souped-up sole taking the runways by storm — not least at Vetements with its Swear London collaboration.

Christian Louboutin took a typically tongue-in-cheek approach to the craft concept. Drawing inspiration from a 1999 archive mule called Trash, he fashioned boots and creepers with hand-torn pieces from his label’s brown paper carrier bags — made rainproof with a PVC overlay. As for last season’s Loubi tag graffiti print, that was realized in hand-placed paillettes.

It was the world of jewelry, however, that inspired bracelets and harnesses adorning the brogues at Diego Vanassibara while Sanayi applied 3-D embroidery, done in gold thread, to tuxedo slipper styles. This seven-piece capsule marks the first foray into men’s for the Istanbul-based women’s wear label. Each pair can take up to 100 hours to make.