Operated by Chalhoub Group, the 96,000-square-foot unit, complete with its own Vogue café, is a mall within the monster Dubai Mall. 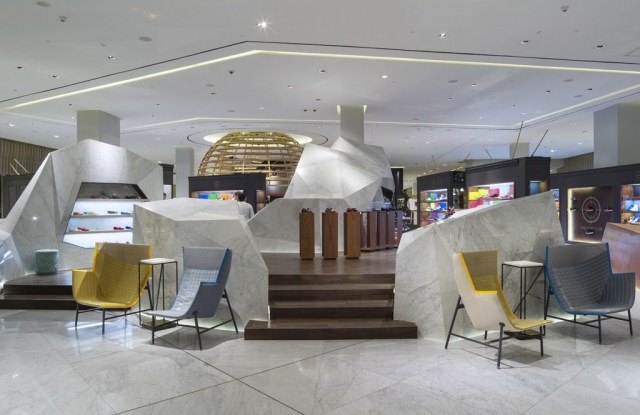 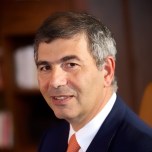 DUBAI — Why would top executives from major American shopping centers fly to Dubai to visit a shoe store?

Because the one in question, Level Shoe District, is the largest in the world — and currently shifting more than 700 pairs of shoes a day.

Operated by Chalhoub Group, the 96,000-square-foot unit, complete with its own Vogue café, is a mall within the monster Dubai Mall, conceived as an experiment to animate a quiet zone in the sprawling 1,200-store complex.

Last year, Level captured more than six million of the 75 million visitors to the mall.

Yet Patrick Chalhoub, co-chief executive officer of the retail firm, said he plans to continue enhancing the customer experience at Level in Dubai before duplicating the concept elsewhere. A key step will be to layer on e-commerce in 2015, bringing Level closer to a “multichannel” experience that increases loyalty and heightens customer engagement.

“What we want is to become the reference store for men and women who are obsessed with shoes,” he said in an interview at Chalhoub’s offices in the Jebel Ali Free Zone on the fringes of Dubai, past the giant gas-fueled generators that power this metropolis on the desert.

Employing a term treasured among business types here, Chalhoub spoke of creating a vibrant “hub” for women and men in search of footwear. While designer brands such as Chanel, Fendi, Louis Vuitton, Prada, Berluti and Gucci — each with their own boutiques — were the initial draw and business driver, these customers are now discovering contemporary brands such as Tory Burch, making that one of the hottest categories, he said.

In turn, younger shoppers attracted by contemporary brands and sport shoes have been trading up into designers, he noted.

Chalhoub cited a need to improve men’s assortments, currently skewed overly dressy and sober, and to continue adding exclusive brands, with Salvatore Ferragamo and Jimmy Choo on the wish list, and women’s shops for Christian Louboutin and Michael Kors slated to open this fall.

Rachel Zoe, Maserati and Chanel were among brands featuring pop-up installations set in the alleys between storefront boutiques and multibrand zones, while The Blonde Salad founder Chiara Ferragni recently made a personal appearance.

Level does not currently carry kids’ shoes due to a lack of space, but they’re on the wish list, too. “The demand is obviously there. We have a huge demand in a region where we have a very young population,” Chalhoub noted.

A key figure in luxury retailing in the Middle East, the Chalhoub Group operates almost 500 units in 14 countries stretching from Egypt to India, including its own banners — Faces for beauty, Katakeet for children’s wear and Tanagra for gifts and home. Its international partners include Chanel, Louis Vuitton, Ralph Lauren, Sephora, Karl Lagerfeld and Puig.