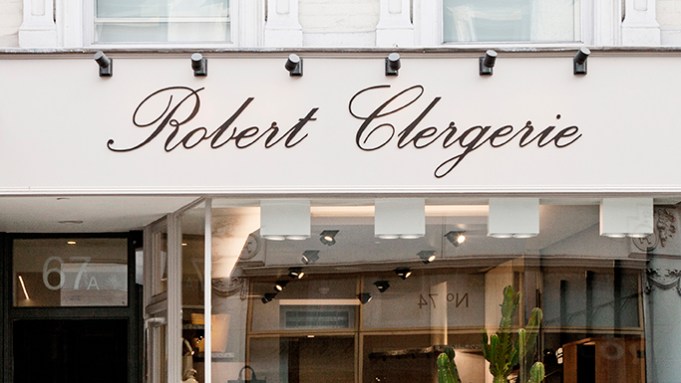 Robert Clergerie has given its boutique on London’s Wigmore Street a stylish revamp, with the space designed to evoke a Paris salon, but fashioned in modern, masculine materials.

Vudafieri Saverino Partners designed the new space, building the concept around an original Ico Parisi bookcase in wood and black metal that stands in the store. There are design details such as walls paneled in velvety gray fabric and shelves done in a zinc finish. Meanwhile, the black-and-white tiled floor takes its cues from the original Victorian-era tiling at the store’s doorway.

Tiziano Vudafieri, a partner at the design firm, described the store as reflecting the Robert Clergerie customer, who he sees as “urban, different [and] a little bit androgynous without losing her femininity.” Roland Mouret, creative director of Robert Clergerie, added that the store pays tribute to the “architectural lines” that are a signature of the label.

Following the London store update, the label is also redesigning its Rue du Cherche-Midi store in Paris, to be unveiled in June, and its space in Galeries Lafayette in Paris. In addition, three further Robert Clergerie stores have opened in Asia in recent months, in Causeway Bay, Hong Kong; the Shinsegae Main department store in Seoul, and Shin Kong Place, Beijing. Each of the stores has been designed with different interior concepts to reflect their respective locales.