Bruno Frisoni said he wanted to give a younger feel to his Rendez-Vous capsule collection for Roger Vivier, which he did through a singular take on essentials. 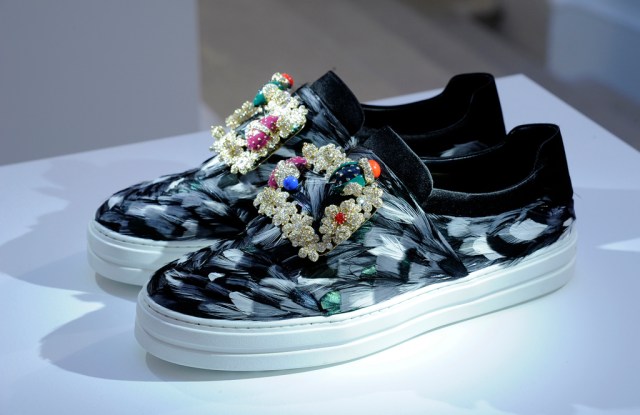 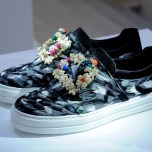 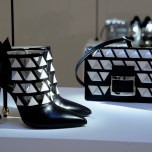 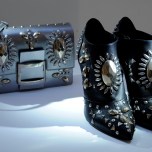 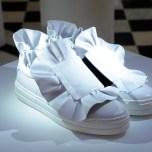 Bruno Frisoni put his specific spin on essentials with his fall Rendez-Vous capsule collection for Roger Vivier, to which he said he wanted to give a younger feel. And that he did.

Focusing on three distinct looks for different moments of the day, he adorned Viv bags, dorsay pumps and sneakers — a first for the Rendez-Vous offer – with leather frills, crystals, rivets, feathers and diamond-shaped patterns. “It’s very directional; it’s only three looks that are multiplied,” said Frisoni.

A pair of stark white sneakers looked set to fly away with their ruffled details like wings, while another pair were covered with black and white feathers and topped with a bright bejeweled buckle.

White leather appliquéd diamonds, when climbing the heel of a pair of high-heeled black pumps, were sexy and striking, while sphere-heeled ankle boots and bags in the same theme had a more edgy feel, which was also found in a series of sandals and bags studded with metallic rivets shaped like giant jewels.