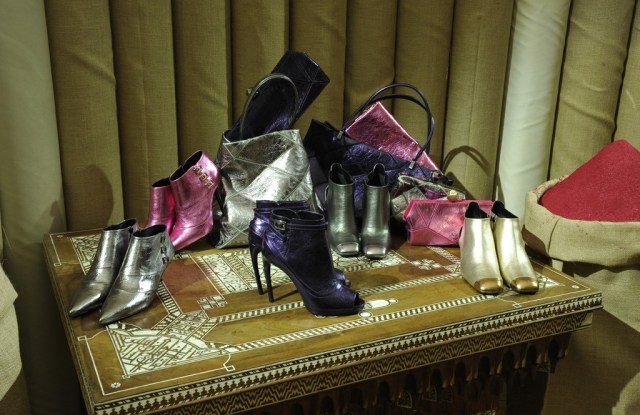 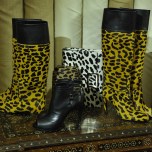 This story first appeared in the March 5, 2014 issue of WWD. Subscribe Today.

Prismic bags and evening clutches were adorned with new, easy-fastening closures, and accessories like outsized Prismic necklaces and belts set off the line.

Frisoni also had fun with what he called a “Marsupilami” animal-skin pattern, after the Belgian comic-book character, in shades dominated by a bright mustard yellow on high and low boots, sandals, moccasins and brogues in ponyskin for day and silk for evening.

The new Stiletto-Sphère, with its disco ball at the top of the heel, made an appearance in the main collection after being introduced through the Rendez-Vous limited-edition series in January.