The brand unveiled its refurbished store in Shanghai followed by a gala dinner. 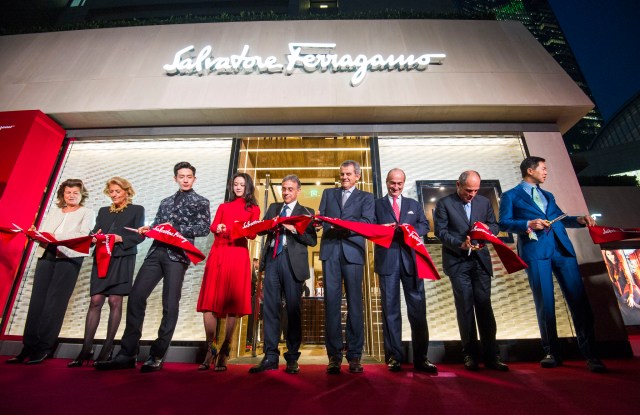 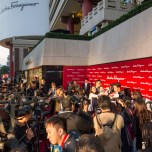 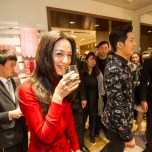 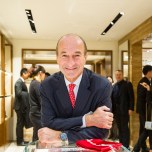 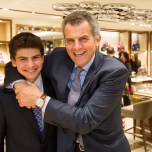 SHANGHAI — Ferragamo marked 20 years in the Chinese market with the reopening of its Shanghai flagship and a gala dinner for 220 guests.

The evening started with a ribbon-cutting at the refurbished store, located in the downtown shopping street of Nanjing Road, with hundreds of excited onlookers welcoming Chinese movie stars Tang Wei and Jing Bo Ran, as well as four of Salvatore Ferragamo’s five children.

“It’s rare that I have seen so many members of the family together at the same time like this, so that shows the attention we are paying to China,” Salvatore Ferragamo chief executive officer Michele Norsa told WWD at the event.

Despite recent concerns about China’s economic performance, the brand is continuing to open stores here, with doors in Xiamen and Shenyang due to bow before the end of the year.

“You can’t think about having double-digit growth forever; there were so many of those years when it was so easy,” Norsa said. “We also have a certain number of openings next year, but we are certainly being more selective, the same as everybody else.”

Bright spots for Norsa include the rise of Chinese travelers. The ceo estimates Chinese consumers account for more than one-third of the brand’s sales worldwide.

“Recently we have seen a boom in Japan. In the last 12 months, our store in Ginza has doubled its sales, also in Korea,” he said. “I am still confident because we can see the numbers of the middle class, which is already more than 100 million people and growing very fast.”

Following the store opening, the guests crossed the road to the Shanghai Exhibition Center, where they viewed an exhibition combining Chinese contemporary art, Salvatore Ferragamo’s iconic shoes and the famous women who have worn them throughout the ages.

With the Rolling Stones’ “She’s a Rainbow” blaring, guests made their way through rooms dedicated to Audrey Hepburn, Judy Garland, Sophia Loren, Marilyn Monroe and Brigitte Bardot, with each room displaying the original Salvatore Ferragamo-designed shoes the starlets wore, alongside contemporary shoe designs from the Edgardo Osorio for Salvatore Ferragamo capsule shoe collection, and artworks by Chinese pop artist Han Yajuan, which were commissioned exclusively for the event.

Then came the dinner, during which an animated film from fashion illustrator Megan Hess made its debut.