The co-branded shoes mark the new course of the storied American label.

MILAN — Storied American brand Sebago and the Italian Sease lifestyle label have teamed to create a limited-edition range of Docksides personalized with the storied Solaro fabric.

“It’s a spontaneous partnership,” said Franco Loro Piana at the cool Sease concept store in Milan’s arty Brera district. Hailing from the Loro Piana textile family, with his brother Giacomo, the young entrepreneur and designer launched the Sease project in November 2017 with the flagship in Milan offering kits geared to the mountains or the sea. “I always bought Sebago Docksides and I have always worn them on a daily basis in an urban context,” said Franco Loro Piana, a passionate sailor like most of his family.

The co-branding project was “organic,” and the best fit for the collaboration to mark the new course of the label, concurred Lorenzo Boglione, vice president of sales at Sebago parent company BasicNet. Two years ago, BasicNet acquired Sebago from Wolverine World Wide Inc. The use of Solaro adds value to the shoes and a “precious, different touch,” he said.

The fashion marketplace BasicNet was founded in 1994 by Lorenzo’s father Marco Boglione and controls a portfolio of leading brands, including Kappa, K-Way and Superga.

In the first quarter of 2019, BasicNet, which is based in Turin and has been listed on the Milan Stock Exchange since 1999, reported a consolidated turnover of 74.6 million euros, up 38.9 percent compared to the same period last year. 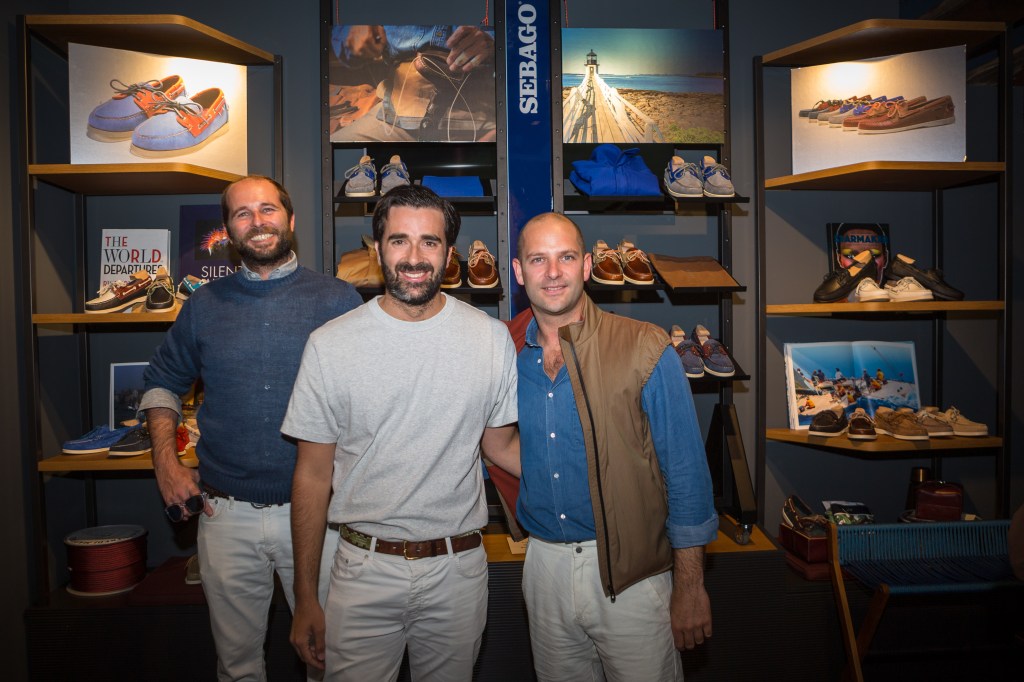 Franco Loro Piana believes the co-branding joins two storied brands. Sebago was founded in 1946 in Maine and the Solaro, conceived as perhaps the first technical fabric, boasting anti-UV technology and water-repellent characteristics, has long been considered a symbol of style and elegance, favored by the likes of the late Gianni Agnelli, Luca Cordero di Montezemolo and Matteo Marzotto. Details are in Sunrise, a reinterpretation of the wool and bio-based nylon.

In addition to the Milan store, the shoes, retailing at 195 euros, are available at the Sease units in luxury resort locations of Porto Cervo (Sardinia); St. Moritz, and, the most recent addition, in St. Tropez, as well as online. Sease is also distributed through wholesale partners, multibrand online channels, and specialty and department stores.