Seychelles' Eight Fifteen brand began shipping a few weeks ago and is in eight boutiques, including American Rag and Joe Brand. 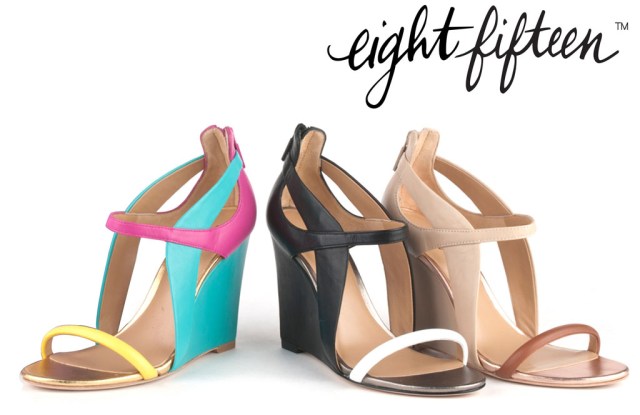 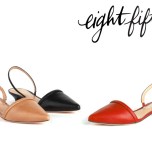 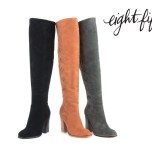 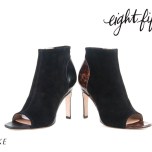 Seychelles wanted to hit the comfort issue head on and meld function minus the frumpy in its new luxury shoe line.

The El Segundo, Calif.-based company’s Eight Fifteen brand began shipping a few weeks ago and is in eight boutiques, including American Rag and Joe Brand. It launches at Wink in New York City this month and the company is in talks with a few more area boutiques.

“You look at the [product], they’re not frumpy shoes. They’re not mama shoes,” said Seychelles president Sari Ratsula. “They’re beautiful, sexy shoes for a woman who wants to look amazing.”

The company is banking on the promise of delivering stylish wedges and chunky-heeled sandals for spring made with a shoe that more evenly distributes a person’s weight throughout the foot. The goal is to eliminate a wearer from having to remove a pair of shoes after an event out of discomfort, said product director Gabriel Morales.

“That’s something you see all over the world. After the wedding, after the party, women have their shoes in their hands, and it’s been this way for years. It doesn’t matter if it’s New York, L.A. or Copenhagen,” Morales said.

The spring collection retails for an average of about $350. Fall includes over-the-knee boots with a woven detailing — the company’s take on fringe — for $795 and booties for $535.

The line’s higher price points called for a new brand instead of making higher-end product under the company’s namesake Seychelles label and risk confusing that brand’s customer, Morales said.

“Eight Fifteen shoes are currently made in Spain and China, but production will shift based on the design needs of each product,” Morales said.

While Eight Fifteen pushes the company into luxury territory, it could also pull in a slightly older customer, in her 40s. That compares with the Seychelles brand, which targets customers in their 30s who shop at stores such as Anthropologie, one of the retailers that sells the line. The company’s BC brand targets the Urban Outfitters customer in her mid-20s.

Eight Fifteen will likely rival that of the Seychelles and BC brands in terms of sales, according to Ratsula, given the higher price points. The company, overall, did about $30 million in sales last year and is profitable.

Eight Fifteen enters a market that’s saturated with established brands along with a number of apparel companies that are also testing the footwear waters with their own launches. It’s made for a competitive landscape, even for a 31-year-old shoe company.

“For us, it’s one step at a time, so we start more at the smaller boutiques rather than going the big department store level….We’ve never been in the luxury market before. It’s all new to us,” Ratsula said. “And we have a handful of retailers who believe in us so that was a nice thing, but ultimately we’re going to get there.”

It’s a bit of a catch-22 situation with some of the larger players, Ratsula said. Larger retailers may not want to take risks with an unknown brand but want something different to offer customers. That’s why it’s launching Sey Collection for fall. The company said it’s designed with the European customer in mind with its take on loafers, booties and pumps.

“We said let’s do something with a little different feel than Seychelles and let’s put that into a different collection,” Ratsula said. “Now we can give retailers something unique.”