He will remain as creative director as the company searches for a new CEO to lead global operations.

Sneakersnstuff cofounder and creative director Erik Fagerlind is stepping down from his role as chief executive officer.

Fagerlind established the Swedish-based sneaker retailer with Peter Jansson in 1999.

“The process has started,” Fagerlind said of the search for a successor. “We’re doing this to focus more on the creative side. We’re going to start tapping people.”

Under Fagerlind’s leadership, SNS opened stores in Stockholm, Berlin, Paris, London, New York City, Los Angeles and Tokyo in 2019 with a café that was originally slated to open in March 2020 but was delayed until October 2020 due to the pandemic.

The New York City location in Manhattan’s Meatpacking District also houses a bar where a who’s-who in sneakers and streetwear would assemble for talks, events and parties every weekend. The bar was shut down due to COVID-19 and will remain closed.

But e-commerce turned into a savior for SNS, which reached $120 million in sales in 2020, with 95 percent of those coming from online. Also 18 percent of the year’s sales came in the last three and a half weeks of the year.

“In a normal year, our digital business is between 85 to 90 percent,” he said. “We have these stores, but they’re storytelling destinations. It’s to build the culture.”

Despite the bulk of the business coming from online, Fagerlind said brick-and-mortar sales have been “decent for the months we’ve been open.” But for now, stores in London and Berlin are closed, and Paris is open with shortened hours. Stockholm is open, but the public is encouraged to stay inside. 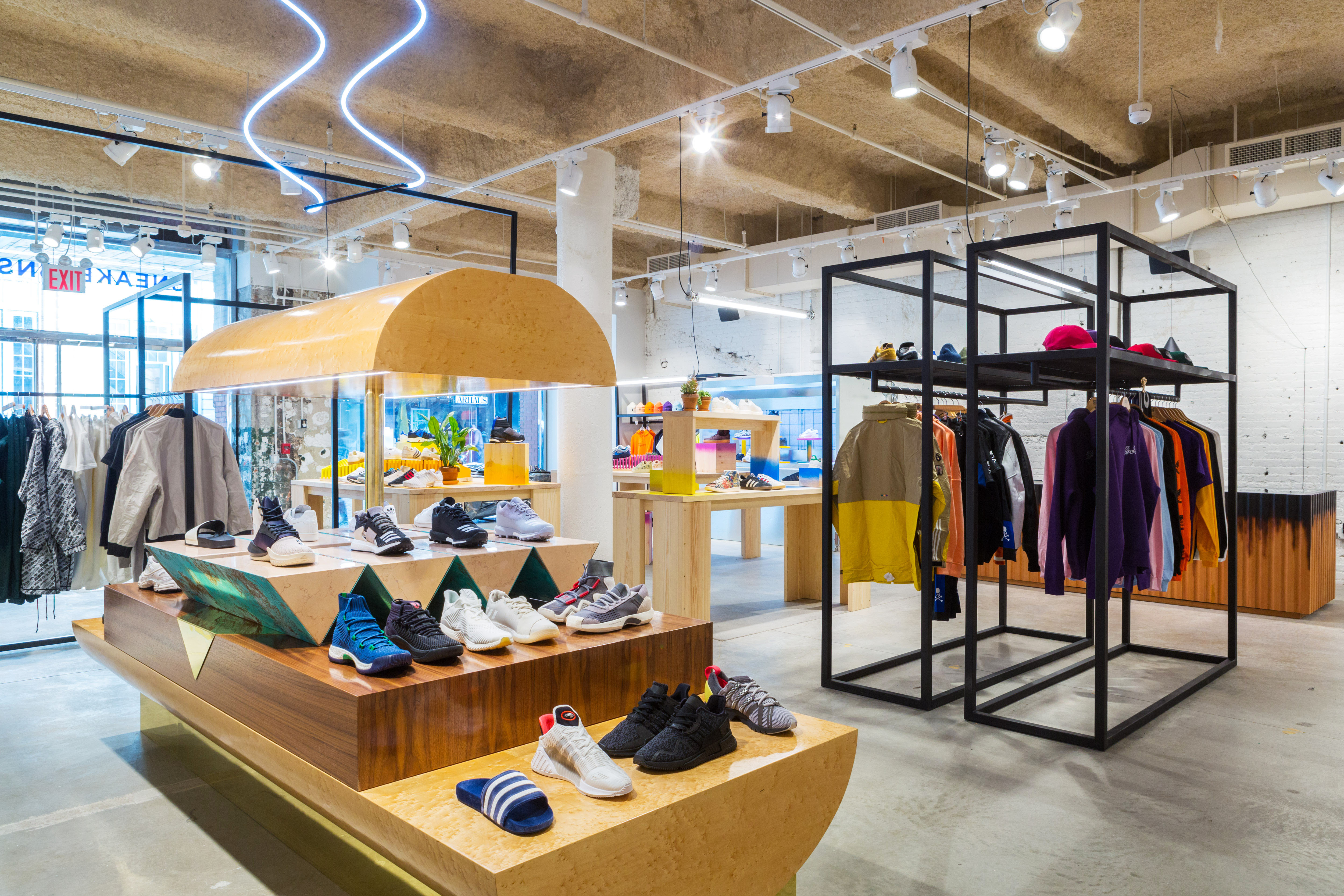 After 20 years of building the business, Fagerlind said he will now focus more on the creative side and further establishing the brand. “I had never been the typical Swedish CEO,” he said. “There are expectations of a CEO in Sweden in particular. You’re obligated to have an operational focus. Although I’ve been evolving, it was never why I started this company.”

He continued, “I’m not a designer, but I am a visionary and we want to work with everybody and give new talent and established artists a platform. There is so much talent out there. I’m very excited to go deeper on the creative things that we’ve touched on, which includes apparel and restaurants.”

He added that some of their partners are shifting their strategies to appeal more directly to the consumer, prompting SNS to do the same. And it’s a skill set he’s seeking in the next CEO.

“We’ve been able to build and create a credible brand and expand that without losing the organic grassroots feeling of it,” he said. “That’s what we’re looking for — someone that has the experience of building a brand. Being in the sneaker culture, knowing the industry and the background is a plus, but it’s about the overall culture, including music and art. The whole scene.”

Fagerlind is hoping the business will soon be able to return to its pre-pandemic plans, including 20 percent growth in the newer markets in the U.S. and Japan.

He added, “There are good things in the pipeline, but it’ll take to the end of the year to really see.”