Collection will be stocked at Net-a-porter, Selfridges, Saks Fifth Avenue and others. 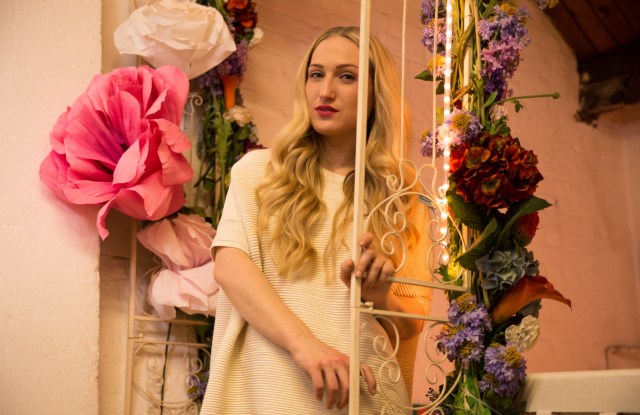 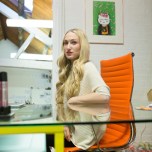 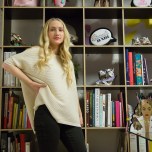 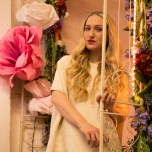 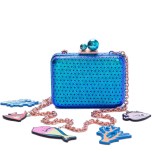 LONDON — Sophia Webster is in full expansion mode, with a store opening and a full handbag collection in the works, WWD has learned.

The designer is channeling her surreal aesthetic into handbags and she plans to unveil her first full collection for spring. It will land at stores including Selfridges and Saks Fifth Avenue later this month.

In April, Webster will also be opening the doors to her first stand-alone boutique on Mount Street, one of London’s prime retail locations. Other fashion names on the street include Christopher Kane, Roksanda Ilincic and Simone Rocha.

Webster’s store will be down the road from Nicholas Kirkwood’s boutique. She worked for him as a design assistant before launching her own label.

The 400-square-foot space will stock the full spring 2016 footwear and handbag range and will embrace Webster’s playful spirit; she has been working with specialized glassblower Rocco Borghese on a flamingo-shaped chandelier.

Of late, the London-based accessories designer who is best known for her spirited footwear and signature speech bubble clutches, has been building the company with key hires in wholesale, production and e-commerce. Webster said she now has the right infrastructure to produce a full line of handbags.

“I always knew that I wanted to be known for my bags as much as I’m known for my shoes,” Webster said. “At the beginning it was basically just me, so I decided to focus on the shoes. Now that I have a team in place, I can make sure that the line is produced properly.”

“I wanted to launch bags in the same way I launched shoes. The first collection was all about making a statement with prints and color in order to produce something really special,” she said.

While the aquatic-themed designs are seasonal and won’t be carried over, the designer plans to push forward the season’s key styles, reworking them in plain leathers and a neutral color palette.

“I understand that not everybody wants to wear the really elaborate, creative pieces, so I try and design things which still have character and a special trait, yet are wearable and not tricky or complicated.”

The collection consists of five core styles, including the Romy, a leather bucket bag featuring a contrasting color finish; the Claudie, a small cross-body bag; and a roomy printed tote named Izzy. The line also offers evening options in the form of minaudière and envelope clutch bags.

“A shoe collection is quite extensive, whereas in the case of the bags, I put a lot of thought into the key styles and I am 100 percent happy and confident to push them forward,” Webster said. “Bags have to be functional, they have to serve a purpose, so there was a lot of trialing to make sure the bags were light and easy to use.”

Webster also wanted to ensure the inaugural line was available only to a select number of key retail partners. That’s why the collection was only accessible through a secret door during the spring 2016 presentation, and was kept under wraps until its launch this month.

Net-a-porter, Matchesfashion.com, Harvey Nichols Dubai, Selfridges and Saks are among the stores stocking the collection. To mark the launch, Selfridges is planning to create an installation inspired by the designer’s mermaid launderette.

“I don’t want to put my self in a box really. The way I see it is that you are getting a designer product at a competitive price point and you get a lot more for what you pay compared to other designers.”

The bags are manufactured in Spain, Brazil and China. Webster said the biggest challenge was finding the right partners in each country to screen-print her hand drawings onto the bags and secure right type of leather for her color palette of pastel pink, yellow and an iridescent ocean blue.

“When you do things that are very colorful and spirited, they have to be really well-executed and precise,” she said.

To promote the launch, Webster and her team have planned “Sophia’s Traveling Bag,” an initiative that coincides with International Women’s Day.

A series of inspiring women from around the world will be sent a bag and asked to take a picture in their location, add a souvenir and send it on to the next participant. When the bag makes it back to Sophia Webster’s HQ it will be auctioned and the proceeds will go to support the Womankind Worldwide charity.

In addition, Webster will inevitably take to social media to promote her new line, especially through the company’s Snapchat account, which has gained popularity for its tongue-in-cheek Breaking News daily video, documenting what goes on inside the Sophia Webster offices. “There will definitely be a Breaking News special at Selfridges to celebrate the collection,” she said.