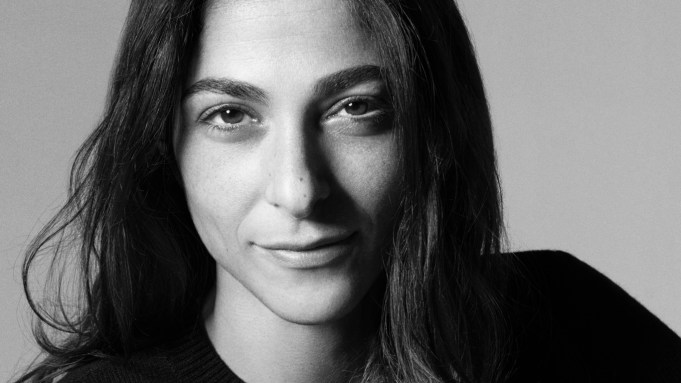 PARIS — Stella Luna, the budding footwear brand from China, has appointed a creative director for the first time in its 10-year history.

Capucine Safyurtlu, a former fashion and market editor for French Vogue, has been charged with raising the brand’s global visibility.

“Capucine and I have known each other for a while. She joined the brand a few months ago — initially as a consultant, but it quickly became evident that she could offer the brand much more,” Stephen Chi, founder and chief executive officer of Stella Luna, told WWD.

Following the opening of two shops in Paris and a corner at Galeries Lafayette, Chi noted that brand awareness has not yet reached the level he had wished for. “What has been lacking is a feminine touch, a woman’s view. We are trying to create a wardrobe for a modern, international woman — not just a shoe here and a shoe there,” he said.

“The brand didn’t have what you call a DNA, so we had to work from scratch,” acknowledged Safyurtlu.

The 37-year-old started by introducing a graphic buckle and a V-shaped vamp as the label’s new signature, before redesigning all heels and shapes at the firm’s own studio near Venice, Italy.

For fall, the styles range from kitten-heeled ankle boots and flat cuissardes to animal-print slippers and Parisian stilettos — with the label’s new V-cut vamp channeling a sensual, feminine flair.

“The idea is to provide a full range of styles a woman would need to get her through the day and night,” the designer explained, having already tested the waters with a few models for summer, including a Spartan espadrille sandal mixing sporty ropes with more dressed-up rings as its key features.

Prices start from 230 euros, or $255 at current exchange, and go up to 800 euros, or $890, though Chi noted that some items within the label’s forthcoming wedding and cocktail capsules might be priced higher. He added that six collections a year were essential today to ensure year-round novelty in stores, “giving people a reason to come back.”

Stella Luna is part of Stella International Holdings Ltd., whose main business is contract manufacturing, with a client list stretching from Timberland to Prada.

The group posted sales of $1.7 billion in 2015, driven by the sports shoes, with the retail division representing about 5 percent.

The label currently counts 205 doors, 175 of which are located in China. Most of the units are spread across department stores; 35 are freestanding, including the brand’s three Parisian addresses, though Chi said that the number is likely to rise in the next three to five years as the business model in China is rapidly changing. “Standalone shops are definitely the future. They are building these beautiful malls with food courts, cinemas and other attractions, where visitors like to walk and spend the day, while in department stores it’s just in and out,” he said.

Stella Luna is also slated to relaunch its Web site in March, merging its Asian and European operations into one global e-commerce platform.

Safyurtlu’s first full effort for the brand is to bow during Paris Fashion Week in March, before hitting stores in July.