The initiative includes 47 unique shoes designed by retailers and other fans of the brand. 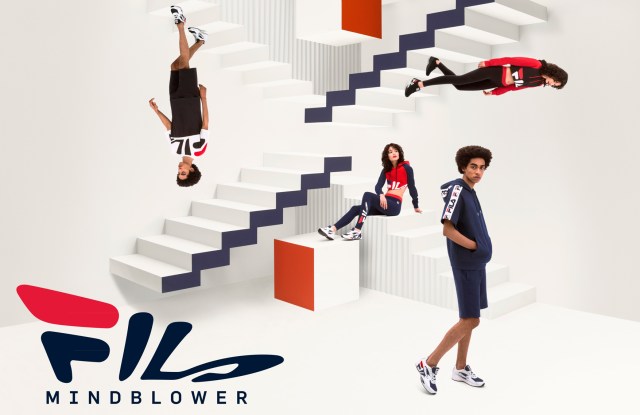 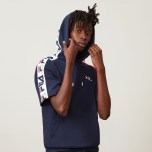 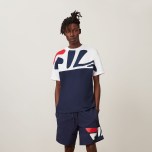 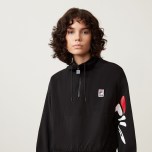 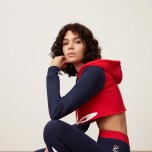 With a history that dates to 1911, Fila has a lot of heritage to draw from. And Louis W. Colon 3rd, vice president of heritage and trend for the North American arm of the company, has been mining that history since he joined the brand in 2010.

Colon, who had operated Laces sneaker boutique in New York and also created the MySneakers app and Kicksclusive magazine before joining Fila, calls himself a “sneaker entrepreneur.” Since joining Fila he has overseen limited-edition releases, collaborations and brand partnerships within the heritage category for the company, both in the U.S. and internationally.

On April 20, Colon will spearhead the reveal of Fila’s most aggressive offering to date: the reintroduction of its Mindblower running shoe from 1995 that will include a complementary collection of men’s and women’s apparel and accessories for the first time, as well as the opening of three pop-up shops.

“Fila is not known for running shoes, but we actually had a rich history in that in the Nineties,” he said. “And with the chunky shoe and dad trend, we were looking for a place where others have left a void, and that’s retro running shoes.”

Colon said Fila opted to reissue the Mindblower because of its oversize, warped logo and chunky sole. With logos — especially from the Nineties — in high demand right now, he believed the time was right to bring back the shoe model.

Fila reworked the sneaker, working off the original shape and last, and will offer it in wide distribution starting Friday. It will sell for $80 or $85 and be offered in four colorways: two-tone black and white or blue and white; all-white leather, and a black buck.

In addition, a collection of graphic T-shirts, hoodies, jackets, shorts, pants, waist packs, barrel holdalls and baseball caps will also be offered. The apparel will be emblazoned with the big logos, which Colon said are “on fire” right now.

Like the sneakers, the apparel will be moderately priced, ranging from $38 for cut-and-sew T-shirts and $45 for shorts to $90 for a jacket.

But here’s the twist: unlike most other reintroductions of vintage models, Fila has also tapped 47 retailers, artists, influencers and designers to create their unique iterations of either the Mindblower or its complementary Mindbreaker 2.0 shoes.

These include Pink Dolphin, Kinfolk, Marcus Troy, Akomplice, Lafayette, 10 Corso Como, Embellish and others, many of whom are located outside the U.S.

These collaborators were given “an open lane” to design the shoe, he said, and their models include everything from a George Washington print on the Lafayette model and a “hairy suede” version from Community 54 to the original 10 Corso Como logo on its version.

Only 95 pairs of each model is being produced and the 47 collaborators are all being given 45 of those pairs to either gift to influencers, display or sell. The other 50 will be offered for sale within the three pop-up shops that Fila will be opening in New York, Tokyo and Seoul as well as on the brand’s e-commerce site. They will sell for $109.

The goal, Colon said, is to catch the attention of the “young kids and early adopters” in hopes that they’ll share the shoes on their social media channels and become “ambassadors for the brand.”

The New York pop-up will be at 107 Grand Street and will be open April 20 through May 3. The space will feature all of the commercial product as well as the collaboration shoes in a space that will feature physical and visual optical illusions that are intended to distort the room and trick the eye.

Colon said these are the first pop-ups Fila has ever opened, but it’s a strategy he can see using again in the future. “We don’t see ourselves doing brick-and-mortar,” he said, “but we do see dot-com as a long-term strategy and executing branded pop-up experiences a couple of times a year.”

While this is Fila’s most ambitious heritage project, the brand has also collaborated with Barneys New York, Urban Outfitters and others in the past.

It also created a special model for Marvel comic cofounder Stan Lee when he received a star on the Hollywood Walk of Fame that was never commercially available. But the buzz that the shoes received made it a success nonetheless, Colon said.

With both the footwear and the apparel, Colon said Fila’s goal is “not to be dominant, but to be part of the rotation in the closet.” He said the brand actually likes when its retail customers mix its merchandise with other brands such as Levi’s denim and a Timberland jacket.

The timing of the launch is also unique. “The fashion calendar has shifted and the contemporary kid is not just looking for something for back-to-school, Easter or Christmas,” Colon said. “He wants something new throughout the year, so this is off-calendar, which was purposely done.”

Colon said Fila gauges the success of its collaborations both in terms of sales and social media reach. “There’s no real metrics or ROI measurement,” he said. “It’s more about the gut: are we being discussed? We think we are and we’re super confident about the long-term growth of this strategy.”