The platform is inspired by women who create their own paths. 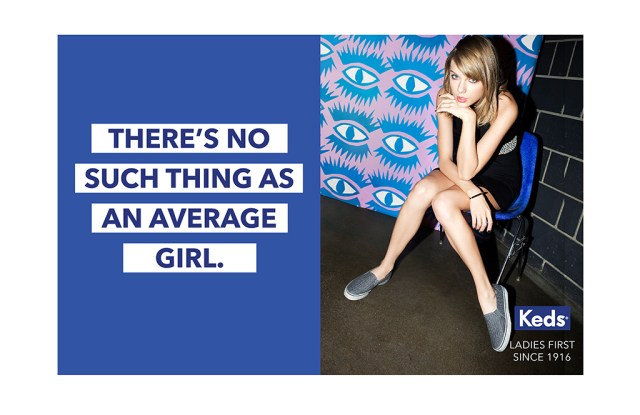 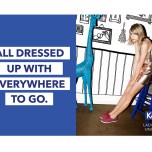 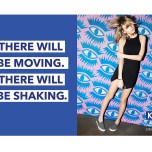 “A new generation of women has been leading an exciting cultural shift redefining the conversation about equality and female empowerment,” said Chris Lindner, president of Keds. Lindner said Keds was created in 1916 to give women accessible footwear “to allow them to be who they wanted to be and go where they wanted to go.”

“Ladies First is a celebration of amazing women like Taylor Swift who are blazing new trails everyday,” said Lindner. Swift has been featured in Keds ads since 2013.

Created in partnership with Kirshenbaum Bond Senecal + Partners, the campaign showcases the Keds fall collection with progressive messages that celebrate what it means to be a woman in 2015. The team gathered insights from more than 10,000 women from eight countries to define the campaign and a universal global mind-set on female empowerment. Among the key learnings were setting one’s own path and not being defined by a specific style. Headlines such as “All dressed up with everywhere to go,” and “Oh girl is the new oh boy,” and “There will be moving, there will be shaking,” are featured prominently over street style photos.

The campaign highlights backdrops commissioned from notable female artists demonstrating what the campaign stands for. Illustrator Priscilla White, surface artist and pattern designer Kendra Dandy and street artist Paige Smith, who is famous for her Urban Geodes street art series, are among those included.

The campaign will appear in print and digital venues such as Nylon, Paper, Interview, Refinery29 and WhoWhatWear. There will also be high-impact disruptive elements such as wild postings, bus wraps and subway media throughout New York’s most artistic neighborhoods.

“Keds is approaching its centennial year in 2016, and the Ladies First platform is the start of a powerful new era,” said Lindner.

The ads break Tuesday and in print and digital in August.