The Vectiv line includes styles for performance runners as well as casual hikers.

The Vectiv Infinite is a performance running shoe.

Today, Denver-based The North Face will introduce the first Vectiv products, a trail-focused footwear collection that took two years to develop and was tested over 6,000 miles by the company’s elite athlete ambassadors.

The North Face is touting it as a game-changer in the trail running footwear space.

In a virtual release event, Steve Lesnard, global vice president of marketing for The North Face, said the idea for the collection came after the brand realized that 39 percent of the runners who competed in the 106-mile Ultra-Trail du Mont-Blanc mountain ultramarathon did not complete the course. The primary reason was muscle fatigue, particularly on the downhill sections. 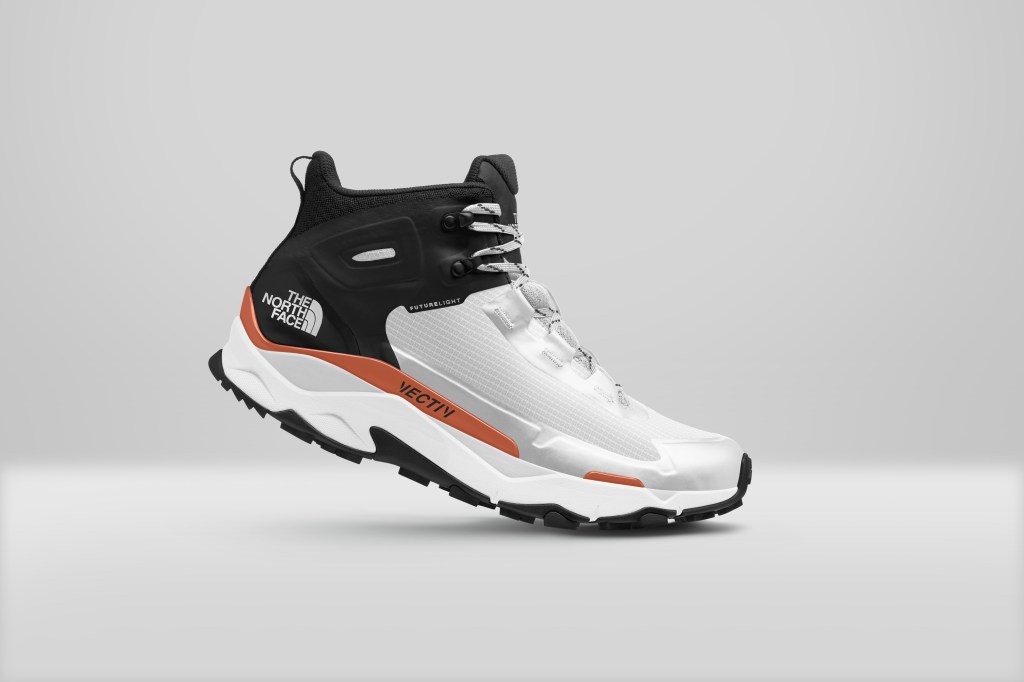 The result is the Vectiv, which introduces technology traditionally used in road-running shoes to trail and hiking footwear. That includes carbon fiber and composite plate technologies that provide propulsion and reduce downhill tibial impact by 10 percent.

Fourteen North Face runners who wore prototypes of the premium trail running shoe — the Flight Vectiv — have set 17 records around the world including: Kaytlyn Gerbin’s 18:41:54 on the Wonderland Trail; Coree Woltering’s 21 days, 13:35 on the Ice Age Trail, and Pau Capell’s solo UTMB attempt of 21:17:18.

The shoes feature a light mesh upper and a soling architecture comprised of a 3D Vectiv plate against the sole, a rocker midsole and SurfaceCTRL outsole — all designed to provide stability, grip and shock absorption without compromising energy efficiency, North Face said. The shoes are available in men’s- and a women’s-specific versions.

“The Flight Vectiv are fast, light and responsive,” said Gerbin. “The plate gives the shoes a responsive and high-performance feel, and the streamlined upper keeps the shoes lightweight while maintaining the ‘fits like a glove’ feeling. From the 93-mile Wonderland Trail in the Pacific Northwest to racing the 80-mile Transgrancanaria course, I’ve trusted and relied on these shoes to propel me forward.”

“The Flight Vectiv has quickly become my favorite race shoe,” said Capell. “It feels fast, but also provides real stability and grip on the descents and these are the moments that make all the difference.”

North Face is offering variations of the trail running shoe to serious and recreational hikers in addition to performance runners. There will be seven styles offered in addition to the Flight Vectiv: the Vectiv Infinite and Enduris for running; the Exploris Futurelight and the Exploris Mid Futurelight for fast hiking, and the Vectiv Hypnum, Taraval and Escape for light hiking. 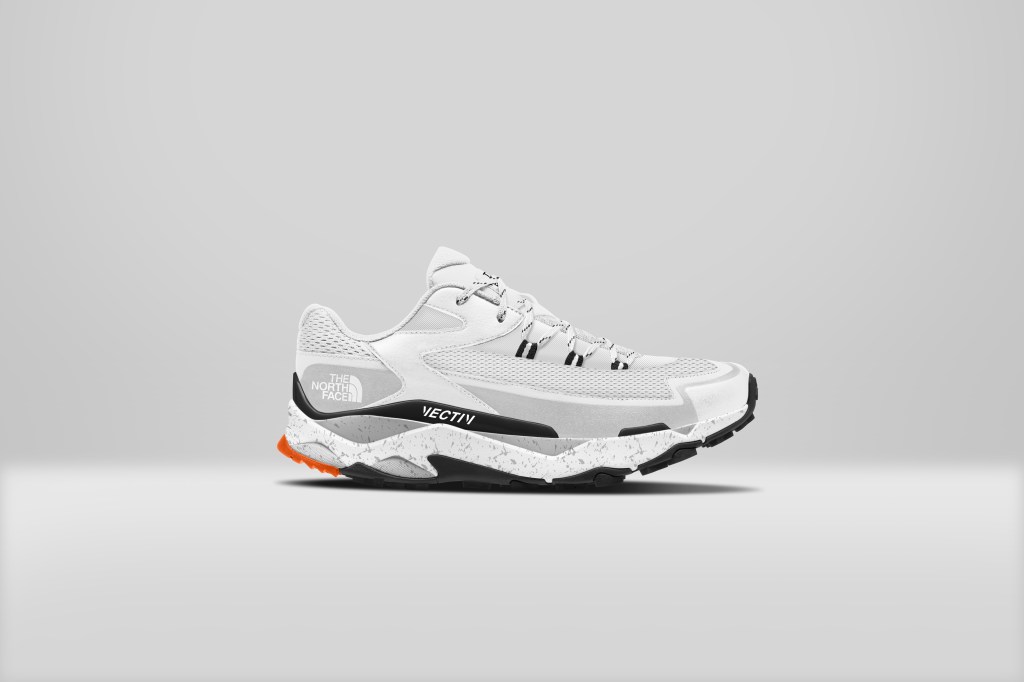 The Flight Vectiv will be the first shoe offered for sale, beginning today. It will retail for $199 at select specialty run stores and available for preorder on The North Face’s web site. The rest of the range will be available beginning at the end of February. Prices will range from $125 for the Taraval to $169 for the Exploris or Infinite.