Shoe designers are often left out of the red carpet call-out, but brands like Paul Andrew have other promotional methods in their arsenal. 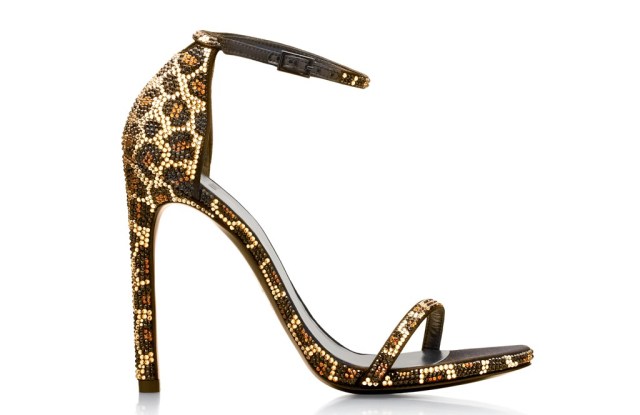 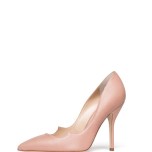 When Cinderella leaves behind a glass slipper at Prince Charming’s castle in the beloved 1950 Walt Disney classic, it eventually leads to true love. But when shoe designers vie for attention on the red carpet they might indeed see a happy ending or they can be left in the lurch.

Prevailing floor-length red-carpet looks often mean the shoes are never seen. So with footwear houses investing nearly as much as their ready-to-wear, jewelry or bag counterparts for a coveted carpet callout, they must decide if the return is worth it.

For a young brand like Paul Andrew, the answer is a resounding yes. After being named top shoe of the 2014 Golden Globes by Footwear News for his Zenadia style worn by Lupita Nyong’o, Andrew decided to take a suite at the London Hotel in West Hollywood to promote the brand last month.

“You can’t imagine how much press that generated for us.” He spent somewhere between $25,000 and $30,000 to rent, staff and stock the suite with about 50 pairs of shoes for five days.

Many styles are bedecked in Swarovski crystals, a partnership and detail Andrew sought out specifically for the red carpet. “We see the value of the suite and we will do it again. The red carpet is so plugged into social media and the tabloids—we’ve seen spikes of 20 percent after an awards show.” Case in point: At his first pop-up shop in London, the designer says the Zenadia generated about 50 percent of sales.

Conversely, L.A.-based French Canadian designer Jerome Rousseau doesn’t feel suites are the right fit for him. “We’re really specific about who we want in our shoes. We do hands-on appointments with stylists like Karla Welch, Anita Patrickson, Rachel Zoe, Brad Goreski and Jessica Paster. This gets our shoes on the right feet,” says the designer, noting it does pay off.

For instance, after putting Paula Patton in white glitter Aizza sandals for the recent Golden Globes, he saw “an uptick in hits on my Web site three times that of the day before a shoe is worn on the red carpet. It brings a lot of new customers to the site who might not just want that style, but to be associated with the brand.”

Jimmy Choo has been showing its wares in suites since 2000. Creative director Sandra Choi emphasizes the Oscars is “the biggest catwalk in the world with such global reach” that it prompted the company to design a dedicated Awards collection that it updates annually.

The suites started in the mid-Nineties with the shoe designers’ godfather, L.A. publicist Roger Neal. While he may not always have a bevy of A-list designers, he says the suites give invaluable exposure to the little-knowns. In the early days, his aim was to get shoes covered on the red carpet. Stuart Weitzman was a client, but at the time, Weitzman’s wheelhouse was more the office gal’s go-to shoes. Weitzman tweaked some styles and got a few credits, but grew frustrated that no one really saw the shoes on the red carpet. So he decided to make a shoe that couldn’t be ignored, and thus the Million Dollar shoes were born.

They were covered in 62 carats of Kwiat diamonds and had a platinum last, thanks to the Platinum Guild. It took almost seven hours to hand-sew on the 464 diamonds, and as size was a concern, they made two pairs—in size 6.5 and 7—that Mulholland Drive actress Laura Elena Harring wore to the 2002 Academy Awards.

Weitzman recalls that despite wearing the 76-carat Archduke Joseph (Habsburg) diamond on her neck, Joan Rivers lunged at Harring, demanding that the actress reveal her shoes. More than 400 newspapers around the world picked up the photo of her showing off the shoes. Mission accomplished.

Despite early successes doing suites with his brand, Weitzman has been working with stylists and celebrities directly out of his Rodeo Drive store for the last decade. He notes that unlike a dress, if multiple actresses wear a shoe, it seems to give it more carpet cred. He recently scored a shot on Jennifer Lopez at the Golden Globes in a thigh-high-cut dress, which is a shoemaker’s Holy Grail: A-list star wears shoe-baring gown.

Weitzman estimates that between the design, production and size runs of the 21 styles he produces for awards seasons, it costs well over $100,000, but it can affect sales by increasing the number of shoes sold fivefold. That sales spike depends a lot on whether the interviewer calls out the shoe, a point on which Weitzman and Rousseau agree.