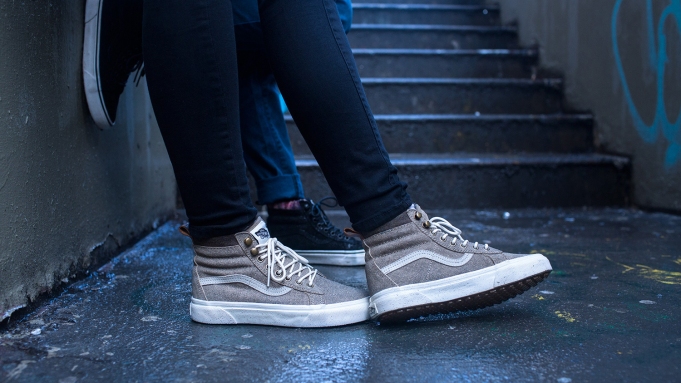 Vans wants to be a four-season brand.

The expanded collection includes apparel along with a new men’s and women’s silhouette, the Del Pato MTE, and an updated Sk8-Hi MTE. Both sneakers, which retail from $80 to $100, feature Scotchgard-treated uppers, warm linings and a heat retention layer between the sockliner and the outsole.

“Because Vans now has a presence in all 50 U.S. states, Canada and around the world, we’ve had to answer the call from key accounts to become a true four-season brand. We aren’t just in California any more,” said Doug Palladini, Vans’ vice president and general manager of the Americas. “Wearing Canvas Authentics and a hoodie in Montreal in February is simply not practical. But the demand for our brand is still there, so now we have a good answer that we feel represents Vans in the right way.”

The brand’s approach to updating its heritage styles is working. According to VF Corp., which purchased Vans in 2004, it is the fastest-growing brand under the VF umbrella. The brand is expected to do $2.3 billion in sales this year, which is up from $2 billion last year.