The upscale line from Vince Camuto is getting ready to open its first retail location on Saturday. 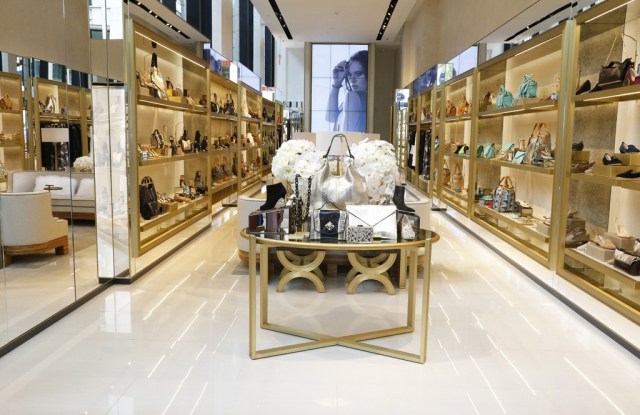 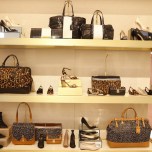 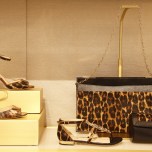 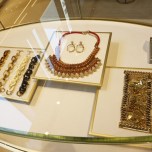 NEW YORK — VC Signature, an upscale line from Vince Camuto, is getting ready to open its first retail location at 667 Madison Avenue here on Saturday.

The 1,600-square-foot boutique has a modern, airy decor and offers selections from both VC Signature and Vince Camuto footwear, handbags, apparel, jewelry, swim, eyewear, women’s and men’s watches, as well as exclusives.

VC Signature footwear and handbags are displayed along the walls near the store’s entrance, while Vince Camuto merchandise is housed further back. VC Signature footwear retails from $195 to $695, whereas Vince Camuto footwear retails from $118 to $275. Signature design elements include slim, feminine silhouettes, open-toe and pointed–toe styles and hand-stitched, bejeweled and specialty embellishments.

In addition to footwear, the VC Signature range includes handbags, sunglasses and jewelry. The jewelry, which retails from $150 to $300, features statement pieces such as necklaces, bracelets and cuffs that are handcrafted and embellished with stonework. They are designed by the company’s licensee, Trebbiano. Handbags, ranging from clutches to oversize travel bags, use materials such as pony hair calf and leather.

Vince Camuto apparel, with pieces specifically selected for Madison Avenue, is featured toward the back of the store. Black and white is the dominant color scheme, in sportswear, dresses, swimwear and cover-ups.

“It’s a really different concept,” said Vince Camuto, who was in London for the opening of a Vince Camuto store on Kensington High Street in partnership with Kurt Geiger, a subsidiary of The Jones Group Inc. Camuto said it was too early to give first-year projections for the Madison Avenue store, which was designed by the in-house team.

Jeffrey Howald, chief financial officer of Vince Camuto, said that the Madison Avenue store will most likely become the number-one unit in terms of sales.

Camuto has been aggressively expanding its domestic store presence, with Vince Camuto flagship stores opening here in SoHo, Grand Central Terminal, 34th Street and the Flatiron District. The company also picked up several Shoebox locations (which have been converted to Vince Camuto stores), with one now open at 537 Third Avenue, as well as in the Americana Manhasset in Manhasset, N.Y., and Wheatley Plaza in Greenvale, N.Y. Two additional Shoebox locations will be converted to Vince Camuto stores this fall, at 1349 Third Avenue and 1222 Madison Avenue.

Outside New York, a Vince Camuto store opened in Boca Raton, Fla., earlier this month, and another is slated for Las Vegas in June. Stores are also scheduled to open in Miami at the end of July; Atlanta in September; Newport Beach, Calif. in December, and Chicago next spring. Overall, there are 11 Vince Camuto stores in the U.S. (including Madison Avenue), with 16 in total expected by yearend.

Leah Robert, executive vice president, said the company is looking at key market opportunities to open more VC Signature stores. Camuto noted that the company has also become very aggressive on the international front. Stores will be opening in Abu Dhabi, Dubai, Japan, Australia, Central and South America, South Africa and Canada. The company, which has 30 international stores, plans to have 50 stores operating overseas by yearend.