The multifaceted approach will also include the opening of a new store on the Upper East Side next year. 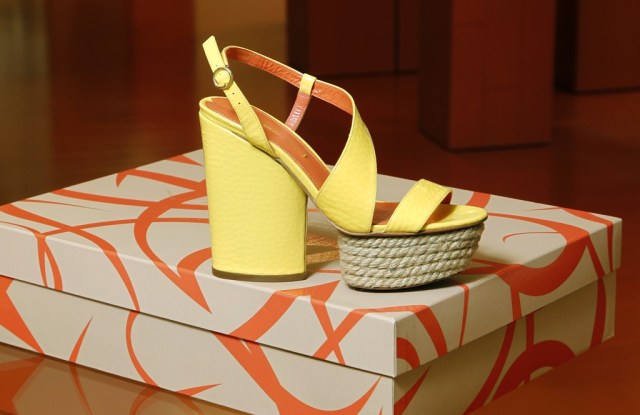 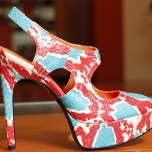 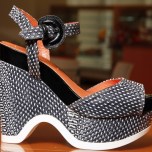 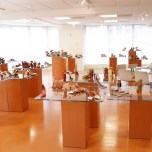 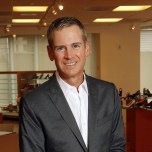 NEW YORK — Via Spiga is in the final stages of an image overhaul, part of a yearlong initiative to reinvigorate the 27-year-old footwear company.

The multifaceted approach — which meant bringing in Edmundo Castillo to serve as creative director, elevating product design and tapping Nick Knight to shoot an edgy ad campaign — will also include the opening of a new store on the Upper East Side here next year. The brand has even collaborated with graffiti artist Carlos Mare139 Rodriguez on the design of punchy colored shoeboxes to coincide with fall deliveries.

“Our goal is to attract a new customer while keeping the existing one. There’s the woman who has always been there, and [then] there’s a new consumer who is looking for fashion at a good value. It’s two consumers coming into play. It’s a big accomplishment to appeal to both,” said Jay Schmidt, president, better and image brands at Brown Shoe Co., at Via Spiga’s recently redesigned showroom in Midtown here.

One of the first steps in reinvigorating the brand — acquired by Brown Shoe in 2005 — was having Castillo work on the fall collection from concept to completion, according to Schmidt. The CFDA Award-winning designer now spearheads creative and design responsibilities, which spans the production of six footwear lines a year as well as overseeing the company’s handbag, eyewear, outerwear, hosiery and belt licensees. Castillo also designed the 1,675-square-foot showroom — a sunlit space with floors and displays in the brand’s new orange color.

Castillo’s debut collection looks different than anything the brand has done before, but prices remain about the same, hovering in the $185 to $425 range (the core collection retails primarily for less than $200 and fashion styles have increased in price by about 10 to 12 percent). In addition to the overall style of the shoes, which saw the introduction of more fashion-forward shapes such as a platform, peep-toe bootie done in a laser-cut suede, the brand reworked its fit component and has a new orange “terracotta” insole and sole — the same shade present throughout the showroom and on the new boxes.

Castillo likened developing footwear in this price point to “playing with a new toy.” It was a challenge for the designer — whose background is in the luxury sector — but he said there was more space to play with design and materials than he expected. For example, he experimented with double-dyeing suede to give it a richer, more saturated color and the overall look of a more high-end shoe.

“There was something lacking in this category. [In] the market in which Via Spiga sits, everything is always a watered-down version of the hottest item. I found that it was time to inject something new into that. I don’t think that women just want what other women are wearing or have worn — and those who can’t afford expensive shoes, they want to buy something they love. I wanted to give Via Spiga its own identity and not what’s expected from a brand at this price point,” Castillo said.

Schmidt said the line’s offering of fashion footwear has more than doubled since Castillo came on board. Trend-driven styles now comprise 35 percent of the collection, when previously it was just 15 percent.

“We’ve never had so much dynamic fashion footwear in the line. We’ve always had a core consumer — primarily the working woman who wears pumps and career shoes — but we’ve taken this message and expanded it into fashion categories. He lifted it but he didn’t lose it,” Schmidt said.

According to the executive, who joined the company in 2009, sales for Via Spiga roughly doubled from 2009 to 2011. He declined to reveal future growth projections. There’s a strong e-commerce business at viaspiga.com, and product is carried in more than 200 doors worldwide, the biggest accounts being Nordstrom and Bloomingdale’s. Schmidt would like to see this number climb to 250, but he maintained that he’s focused on growth by door and continuing to expand core and fashion offerings in doors where the line is already sold. He added that Via Spiga has entered the Chinese market in the past year through a partnership with Chinese retailer Stella Luna.

Bolstering wholesale business remains a priority for Schmidt — but opening a freestanding concept store here is a significant facet of the brand’s rebranding strategy. Via Spiga shuttered the doors of its SoHo flagship on Broadway in May to focus on a new uptown boutique that will open in the spring. The exact location is yet to be determined.

Additionally, the company’s advertising budget increased by 33 percent for fall, which includes digital for the first time. The photographer, Knight, was commissioned to shoot the fall ad campaign in London earlier this year and the print ads will launch in the September issues of Vogue, Harper’s Bazaar and Elle next month. The images are edgier, bolder and centered around the product, a departure from the brand’s lifestyle-oriented ads of the past.